Skip to main content
Photo by Andrew Fackler at flickr.com 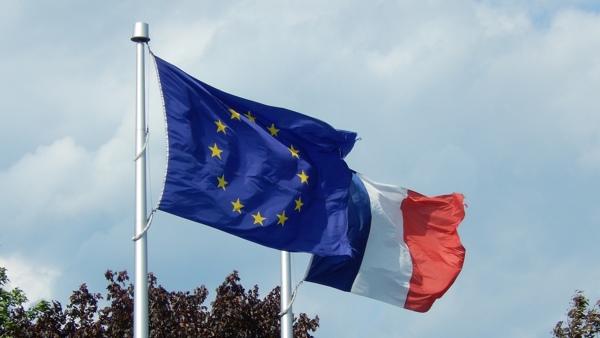 The four greatest benefits of France’s membership of the EU manifest themselves in the daily lives of the country’s citizens, says French Jesuit Hervé Pierre Guillot SJ.

To answer the question ‘What has Europe done for France?’, one need not resort to extraordinary facts or unusual stories. On the contrary, it is in the common, often unnoticed experiences of their daily lives that French citizens have evidence of what EU membership has done for their country.

The European Coal and Steel Community (ECSC), formed in 1950, was the result of a deep commitment to peace on the part of a few politicians from France, Germany, Italy and the Benelux countries. Pooling together coal and steel resources at that time was considered to be the best way to prevent any new conflict between France and Germany, following two conflagrations in the first half of the twentieth century which had exhausted and virtually annihilated the whole continent. Europe only managed to recover from that dire situation thanks to the economic support of the Marshall Plan in 1947 and its commitment to make every possible effort to avoid further confrontation. One must therefore insist time and again, especially to the younger generation for whom it is natural to live in a country at peace with its neighbours, that this peace is not to be taken for granted. Rather it is the result of the prophetic as well as very pragmatic view of the ‘Founding Fathers’: Alcide de Gasperi, Henri Spaak, Konrad Adenauer and two French politicians, Robert Schuman and Jean Monnet. The first benefit of Europe for France is, therefore, peace.

Another benefit, even though not everybody in Europe in general or France in particular would consider it so nowadays, is the suppression of border checks between member states of the EU within the Schengen area. Again, the young generation – those born after the signing of the Schengen agreement in 1985, initially between five countries, including France – cannot remember the long queues that had to be faced in the early 1980s if one wanted to travel from Perpignan to Barcelona, for instance. Nowadays, were the signposts on the right hand side of the road not installed, someone travelling from Lille to Brussels on the motorway would not even notice that he or she had left France and entered Belgium. And one may easily imagine the hassle – and the delay! – for a passenger going from Paris to Cologne using a Thalys train if identity checks were to be reinstated at border crossings... The second benefit of Europe for France is therefore freedom of movement on a continental scale.

Freedom of movement is greater still between countries that are members of the Eurozone, as France has been since its inception in 1999. Taking again the example of a trip from Paris to Cologne: even though the management of the European Monetary Union is not ideal nowadays (but this is another issue) one is spared the inconvenience of carrying three different currencies to cover various expenses encountered during the trip, which is to say nothing of the cost incurred in changing money... Swiftness and easiness of travel in Europe would be hindered without freedom of movement and, where it exists, a shared currency. The third benefit of Europe for France is therefore a common currency.

A fourth – perhaps the least politically correct but probably the most poignant – is to help France to recognise that it is no longer the Grande Nation that it once was. In a globalised world, any single European state is bound to be dwarfed, demographically and economically, by other countries. It is true that the UK and France still have a permanent seat at the United Nations Security Council, but the justification for this is rooted in the past; India, Brazil and South Africa – to name only three countries – question this state of affairs, not without reason. Were the Charter of the United Nations to be drawn up today it is very doubtful that the UN Security Council would only comprise five states on a permanent basis, and even if it did, would France and the UK be among the selected countries? In other words, without Europe, France would probably struggle to be noticed on the world stage. One may or may not agree with Alan Milward’s argument, but his 1994 book in which he outlined his view that the founding of the ECSC marked The European Rescue of the Nation-State, makes interesting reading. France is becoming more attuned to its actual power and influence in today’s world, and this is another benefit of its membership of the EU.

Lasting peace, freedom of movement on a continental scale, a common currency, and a nascent sense of humility: these are the four great benefits of Europe for France.

Hervé Pierre Guillot SJ worked in the Jesuit European Office between 2009 and 2012, and since 2010 he has been monitoring the work of the Parliamentary Assembly of the Council of Europe on behalf of the Holy See in Strasbourg.