Skip to main content
Photo by Daniel Antal at flickr.com 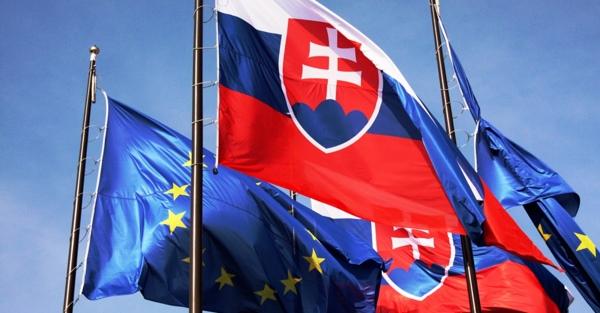 There is something of a generation gap in the way that Slovakia’s membership of the EU is understood and appreciated, as Ladislav Csontos SJ explains.

The Slovak Republic is a small, predominantly Catholic country with five million inhabitants situated in Central Europe. A multi-ethnic country, about 20% of whose citizens are from other nations, it was established on 1 January 1993 by a peaceful division of the Czech and Slovak Federative Republic. The long history of the coexistence of minorities in this region has been a crucial factor in the way in which the contemporary Slovak Republic has come into being.

After the fall of communism, the region underwent a rapid political and social transformation. It had to deal with resentment of and nostalgia for two authoritarian regimes, nationalism and communism, and establish standard democracy. Immediately after its foundation, the Slovak Republic passed through a period of political turbulence but eventually democratic reforms were implemented. On 1 May 2004 Slovak Republic joined the EU and on 1 January 2009, after meeting additional criteria, the country adopted the Euro and joined the Eurozone.

In principle, EU membership has brought an increase in the independence and security of the state. It has also given a boost to the development of civil society, accelerated the building of infrastructure, removed heavy ecological burdens and boosted regional development. The economy has undergone a process of transformation: foreign investors have come, creating new jobs, enhancing productivity and encouraging economic development. However, the transformation of agriculture has been hindered by the legacy of forced collectivisation and loss of relationship to the land. Unemployment is still high in the regions where the defence industry was previously based and where the Roma population is concentrated in separated settlements. Centrally-managed projects for helping the Roma population have proved to be relatively ineffective in comparison with projects managed by religious orders and various NGOs.

After several years, most of the population evaluates Slovakia’s entry into Euro-Atlantic structures positively. However, the older generation feels some disappointment because of their unrealistic expectations that democracy would be a panacea, solving all the problems that arose under socialism. Their expectations of living standards comparable with those in Germany failed to materialise. Only a few of them are aware that they have been given all the means necessary for them to take their own initiatives to improve their quality of life. It is also very difficult for this generation to accept the need for the reform of the health system and social security. On the other hand, the generation that has grown up in a democratic environment understands the need for reforms, and is much more creative and proactive. The younger generation have a higher work ethic and more understanding of the rationale behind performance-related pay. They appreciate the potential for mobility and therefore of the development of their skills not only in Europe but also in the USA and other countries. One thing that bridges the generations, though, is an appreciation of the growth and stability of the economy, which has endured even in times of recession, as there has not been a dramatic rise in unemployment rates nor a drop in living standards in Slovakia.

In general, Catholics welcome Slovakia’s accession to the EU and NATO, and this was expressed by Slovak Bishops’ Conference. The unification of European states was inspired by the efforts of great Christian thinkers in the period after WWII to create the conditions for ensuring peace in Europe. Since the establishment of the EU, however, various unchristian influences, too, have shaped its face. Slovak Catholics in general positively assess the EU as a common space which facilitates the freedom of its nearly half a billion citizens (although those that have a reductionist understanding of the EU as nothing more than a common market are critical of it). In the Slovak Republic, however, social issues, particularly around marriage and family life, generate strong responses. There has, therefore, been a wave of opposition to recently-adopted resolutions of the European Parliament about homosexual partnerships, abortion and other issues which are seen as challenges to the moral values representing the foundations of the EU. Young Catholics have launched various citizens’ initiatives, thanks to which special constitutional protection of natural family has been adopted.

Ladislav Csontos SJ is Editor of Viera a život.