Skip to main content
Photo by MPD01605 at flickr.com 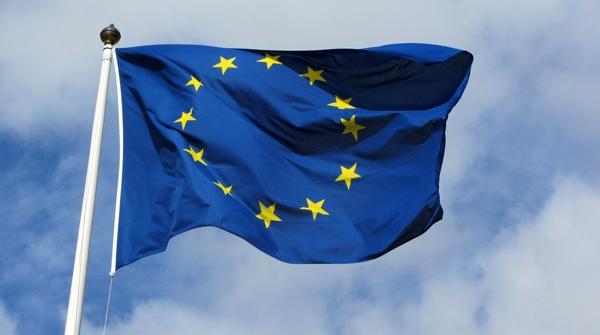 As the dust begins to settle after the ‘earthquake’ of last month’s European election, Frank Turner SJ gives his views on the arguments that dominated the election campaign and the challenges that now lie ahead. A Christian vision sees that, ‘the foundational task of politics is to seek and sustain human dignity and the common good’ – how can this task be achieved by the next European Parliament?

The outcome of the European election has been described by both winners and losers as ‘an earthquake’. This is a strange metaphor. Certainly it evokes a dramatic change in the landscape, and suggests that the election result may trigger widespread panic. However, an earthquake is a catastrophe, a triumph for no one.

This election was dominated by the narrowed perception that derives from fear. In the UK, in the lead-up to the election, the press scarcely debated the merits and failings of the EU itself, focusing instead on the view of the EU taken by a single party. The UK Independence Party (UKIP), not the EU, was the story.

Even that story was not seriously considered. UKIPs election manifesto as a whole went almost unexamined amidst the focus on just three issues: its hostility to the EU, which is far more intense than a diffused ‘Euroscepticism’; the xenophobia that paralysed any intellectual clarity (as in the proposal that ‘proof of private health insurance must be a precondition for immigrants and tourists to enter the UK’ – a policy which would swiftly wreck the British tourist industry); and its gut rejection of the mainstream British political establishment, across the spectrum. UKIP’s declaration, ‘What We Stand For’ begins, ‘As crisis follows crisis, our politicians do nothing in the face of dangers rearing up all around us’. Mr Cameron missed this point (probably he chose to miss it, since the omission suits his own agenda) when characterising UKIP’s success as the reflection of a specific rejection of the EU, saying, ‘The European Union cannot just shrug off these results and carry on as before. We need change’.

In France too, the disarray of the established parties left the rhetoric and programme of the Front National (FN) effectively unchallenged. FN leader Marine Le Pen echoed the demand to be ‘protected from globalisation’ and lamented that France was led by unelected technocrats. Such calls are those of a demagogue. Like Britain, France is incapable of protecting its people against globalisation; and the principal profit-making sectors of each country’s economy are ruthless globalisers, whether this be the French energy and nuclear industry or the UK’s finance sector.

It must also be said that these ‘unelected technocrats’ (that is, in the European Commission) are precisely civil servants. The European Commission is mandated to propose policy but makes no decisions, still less ‘rules’. The power of political decision-making in the EU is limited, since competence in most economic and political spheres lies with the member states. Where this power does apply, it is negotiated between an elected parliament and a Council that represents the member states themselves. The Commission can insist (by ‘directive’ or ‘regulation’) only on measures that the states themselves have already endorsed.

I am arguing, therefore, that the primary disenchantment exploited by UKIP to gain its electoral success is with the political system as such. Even if that is so, however, the alienation expressed in the election results poses a formidable challenge for the next European Parliament, which finds itself amidst a crisis of legitimacy, whether deserved or not. Further, it must now cope with the presence of a range of parties committed not to reforming the EU but to disrupting or even destroying it.

Yet a politics defined by negativity cannot build a future. As Christian view of politics offers a contrasting perspective. In faith, we proclaim the unity of our daily ‘life unto death’ with the ‘eternal life’ that transcends this first life, while imbuing it with its full significance. In light of this, the foundational task of politics is to seek and sustain human dignity and the common good.

To that end, there is an indispensable role for politics and politicians. To say that is in no way to ignore their failings, nor gloss over their partial impotence in times of crisis. A Christian critique of political activity recognises the force of money in politics so that, for example, corporate lobbying threatens the independence of parliamentarians; similarly, the desperate search for ‘growth’ can disable any serious attempt to moderate intolerable economic inequalities. Disillusion becomes almost inevitable, especially when we notice the limits of formal democracy itself, in which elected representatives gain a short-term mandate to face massive global challenges: challenges, however, which require decisions that would erode their popular support and endanger their re-election.

Despite UKIP, the FN and their analogues in other countries, the project of a ‘return to national sovereignty’ is futile. From the perspective of UKIP and the FN, this sovereignty is exercised by those they mock for their uselessness. More generally, national governments cannot meet alone the challenges facing us – whether climate change, the governance of multinational corporations, or protection against a vaguely imagined globalisation.

Failures of governance occur at national no less than European level, which is why the EU was founded in the first place. The British Government will seek alliances in its agenda for change, just as UKIP will seek allies to gain more leverage in the European Parliament. But an alliance is a provisional structure of collaboration proposed on the primary basis of national or party self-interest. Only an enhanced sense of political community, finding expression at regional, national and transnational level – in which we accept our solidarity with and responsibility for each other – can offer hope for the future.

Frank Turner SJ has recently left Brussels after working there for nine years on issues of the European Union. In 2014-15 he will hold a professorship on Catholic Social Thought at the Lane Center of the University of San Francisco.

This article is an extended version of Frank Turner SJ’s editorial for the June 2014 issue of Europe Infos (June 2014, No 172), available now at: http://europe-infos.eu/