Skip to main content
Photo by fdecomite at flickr.com 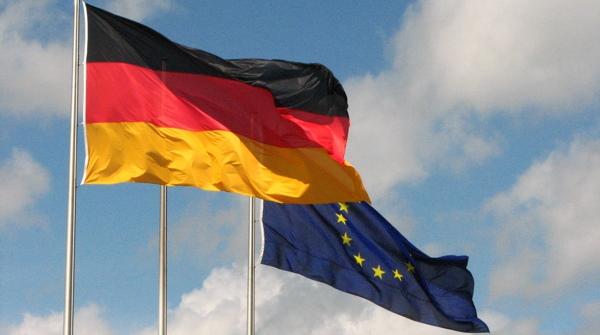 The Editor of Stimmen der Zeit gives his perspective on the complex questions that Germans ask about their place in Europe, in the light of history and of contemporary events.

Stockholm, May 2016. For the second year in a row, Germany finished in last place in the Eurovision Song Contest. Was it because of the singer and her performance? Or were there other reasons? This wouldn’t be the first time that it has been suggested that politics plays a part in Eurovision!

So what has Europe done for Germany? Certainly very little in terms of popular musical competitions. My perspective on the question is that of a foreigner, an Austrian who, with the exception of one year in the US, has lived in Munich for sixteen years. In fact I find that most Germans ask the question in reverse: what we have done for Europe? And what are we doing for Europe?

The latter question often begs something of an obvious answer: Germany is the largest gross financial contributor to the European Union. And some Germans groan under this financial weight. The whole of Europe is being nourished ‘on the drip’ of Berlin: this view certainly exists, as do counterpart accusations of ‘German dominance’ in Europe.

In the refugee crisis, Germany has played and continues to play a prominent role. For the first time, Angela Merkel is facing great political pressure, even from within her own party. Her strong commitment to accepting the influx of refugees and the firm stand she has taken on the crisis in the European community have caused some, including Hungarian Prime Minister Viktor Orbán, to voice accusations of ‘moral imperialism’. Her openness to receiving refugees has discomfited the Eastern and Southern European countries that are faced with large numbers of refugees arriving via Greece and the Balkan route. Wir schaffen es (‘Yes we can’) – these words of Merkel’s have become something of a dictum. Is she speaking for her own country? Or also her neighbours? Is Germany leading the way? Or, is Germany trying to dominate its neighbours?

Such questions cannot be avoided when considering Germany’s relationship with Europe. When we ask ‘what has Europe done for us?’, the answer is simple: Europe was generous with Germany – and has forgiven us. I am thinking, of course, of World War II and the Holocaust which stands as a moral horror for all time. But France, Poland and Italy reached out their hand in the 1950s and 1960s, allowing a new relationship to be forged. When Cardinal Joseph Ratzinger was elected Pope in April 2005, a popular newspaper published the headline: Wir sind Papst (‘We are Pope’). That is, indeed, not proper German, but the meaning was evident: this election brought us back into the light of history, after the darkness of the 20th century. Nonetheless, we are to some extent tied to our history. Even now, when facing the migration crisis, there are difficult questions of how to integrate refugees: how can national identity be preserved at the same time as developing a multicultural society?

The European Union has allowed us access to a common, strong market. This was the gateway to many opportunities for economic growth and prosperity. Today Germany is a world leader when it comes to exports, and without the EU that would be unthinkable. But Germans are well aware that Europe is more than the Euro. The European project will not work in the long run without serious reflection on common values.  That the EU Constitution has avoided the use of the word ‘God’ does not mean that Christian values ​​should become obsolete. Europe’s identity has much to do with Christianity, with thinkers and poets – it has nothing to do with political populists who pretend that Islam is a ‘foreign’ matter. Islam is part of Europe; Islamism is a different thing altogether.

What has Europe done for us? ‘Europe’ means ‘diversity’, and an enlarged Europe means enrichment. But it is more than that. In a world dominated by what Pope Francis calls ‘uncontrolled consumerism’, ‘throwaway culture’ and ‘selfish lifestyles’, Europe can show that there is another way. It offers a unique opportunity for partnership with our neighbours, for us to learn from and co-operate with one another.

Heinrich August Winkler of the Humboldt University of Berlin, an important contemporary historian, recently said that Europe has become a ‘substitute homeland’ for Germany. At the same time, he observed that ‘Germany is not allowed to rise up morally against Europe’. The refugee crisis has tested the balance in Europe, but retreating to our national enclaves is no solution to this or any problem, for it would undermine the biggest lesson that Germany has been able to learn from Europe: humility.