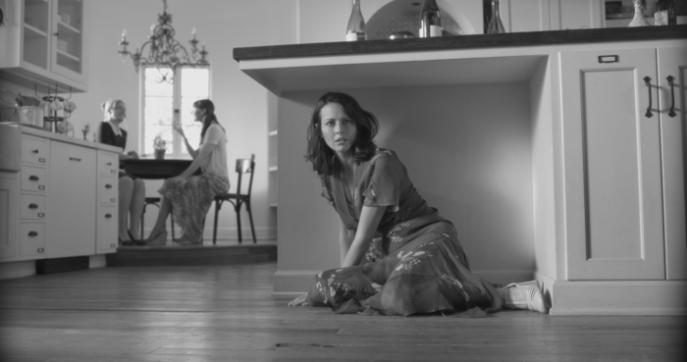 
The cinematic debt due to Much Ado About Nothing is enormous. Almost every romantic-comedy duo bears some typological relationship either to Beatrice and Benedick, the original ‘will they or won’t they?’ couple, or to Claudio and Hero, the archetypal lovebirds ripped apart by circumstance and interference. To attempt to re-present these established Shakespearian characters in their original forms yet in a contemporary setting is a risky enterprise, and one which has been undertaken by Joss Whedon.

Whedon has handpicked his actors from the casts of his many previous projects, and most of the faces will be unfamiliar to viewers who are not acquainted with his any of his television series (Angel, Firefly or Buffy the Vampire Slayer to name but three). However, the ensemble is none the worse for the lack of a big name; perhaps this is even a bonus, giving more space for these well-known characters to be shaped organically in this contemporary setting than a star-studded cast might allow. That the film was staged in Whedon’s house and shot over just twelve days may well have contributed to the lively dynamic of the piece. This is, as far as is possible, a film of a play: this company of actors make full use of their staging, props and chemistry to bring the original dialogue (which is largely untouched) to life.

This is all in stark contrast to Whedon’s last film, Marvel’s The Avengers, which was replete with special effects and A-list stars. It was a huge success in box offices worldwide last summer and is, astonishingly, the third highest-grossing film of all time. It will be no surprise, then, if Whedon’s celebrated status in the Marvel Studios universe draws new audiences to this film. If this is the case, the manipulation of shadows and a menacing soundtrack to point a proverbial finger at the villainous Don John – which comes across as cartoonish on occasion, but entirely in keeping with the humour of the piece – will perhaps act as necessary signposts for those who come to this film with no prior knowledge of the play and might struggle with the language.

The leap from superheroes to Shakespeare is by no means an obvious one, but Whedon and some of the cast members have apparently been enjoying ‘Shakespeare brunches’ for years, out of which the idea for this film grew. And the transition has of course been made in the opposite direction: Kenneth Branagh, who directed and played the part of Benedick in the 1993 adaptation of this very play, set aside his love of the Bard to direct 2011’s Thor and managed to give some weight to what could have been a flimsy film in the hands of another director. In making the reverse move from Marvel to Shakespeare, Whedon has certainly retained the sense of fun that characterised The Avengers and has not been afraid to allow his actors to embrace their physicality. The temptation must be, with any Shakespeare adaptation on screen, to let the dialogue speak for itself with minimal ornament, especially when at the heart of that dialogue are the witty exchanges we find in Much Ado About Nothing. But Whedon has recognised that the use of the set is inherent to the play, not merely an accessory to a script, and so the movement of the actors and of the camera really animates this piece. There is great use of physical comedy throughout, and Nathan Fillion’s deadpan portrayal of the inept Dogberry in particular drew raucous laughter from the audience when I watched the film.

It is also to Whedon’s credit that the modern setting of the film does not come across as in any way incongruous. The original text transfers with surprising ease to the 21st century, smartphones and all, and while the gravitas that typically comes with a period setting might be missing, the Californian breeziness that we find in its place is really quite charming. One of the biggest challenges must have been to bring the meek Hero into this setting without either losing the gentle core of her character or making her appear pitiable. However, Jillian Morgese barely puts a foot wrong and her wide-eyed Hero is timid in comparison to Amy Acker’s Beatrice, yet possesses enough charisma to justify Claudio’s attraction to her.

I remember vividly my first real encounter with William Shakespeare. On my 13th birthday, I went to see Baz Luhrmann’s Romeo + Juliet and was transfixed. It remains one of my favourite films and I credit it not only with getting my relationship with Shakespeare off on the right foot but also providing me with a benchmark against which to measure the success of adaptations of his other plays that I have since seen. The energy of that production and what I later discovered to be its fidelity to the spirit (if not quite the letter) of the play, have rarely been matched in my eyes. However, with this version of Much Ado About Nothing, Joss Whedon might just be a contender for Luhrmann’s crown. I hope that this accessible yet sincere film will prove to be the first toe in the water for the next generation of teenagers who are yet to discover Shakespeare.