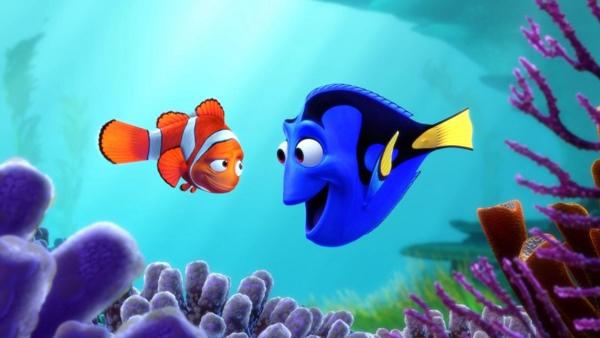 ‘Silly season’ has long been a term that we apply to those summer months characterised by the absence of politicking and, by implication, a lack of substance to the stories that populate news platforms. One might be forgiven this year especially for greeting silly season with a sense of relief – the first seven months of 2016 delivered such upheaval that the prospect of a few weeks in which little is likely to happen on the political scene is a welcome one to most people. No news is good news, as they say.

A brief glance at film release schedules for that same season each year tends to find plenty of blockbusters and children’s films, both of which often contain their own fair share of silliness. This year’s primary offering from Disney Pixar is no exception. The protagonist of Finding Dory is the ‘silliest’ character from 2003’s beloved Finding Nemo – the chaotic yet lovable blue tang fish voiced by Ellen DeGeneres.

The film is a variation on the theme of its predecessor – a long and complicated quest for a family reunion, with Nemo’s core trio of Dory, clownfish Marlin and his son Nemo joined on this adventure by new and old friends.  The ‘cute’ factor that Nemo previously delivered is provided here by the young Dory, whom we see in the adult fish’s flashbacks to her childhood. From these briefest of memories, she tries to piece together information about where she might find the parents she hasn’t seen since she was young. The tear-jerking moments that we now expect from this production house come from what we see of the family dynamic: two parents concerned for their child with ‘short term remembery loss’ are constantly striving to strike the balance between protecting their vulnerable offspring and celebrating her unique way of navigating the world. This cherishing of difference and of the value of every individual is thinly veiled, but no less worthwhile because of that.

As the plot progresses, the recognition of the value of a Dory’s-eye view on the world gives rise to a mission statement: ‘What Would Dory Do?’ This question is used as shorthand for an exhortation to follow your instincts – if you see an opportunity, grab it, don’t stop and subject it to the demands of logic and caution. As a general rule for life, that probably needs some refinement. However, as a tribute to one individual’s way of moving through the world, driven by curiosity and complete openness to experience, it’s powerful; and as an affirmation of the value of intuition, it’s important.

So as well as the silliness there is plenty of heart and a lot of skill – the visuals are, as one would expect, exquisite (Hank the Octopus apparently takes animation to a new level). Finding Dory won’t match its predecessor’s status in the Disney canon, and it’s unlikely that there will be a roaring trade in WWDD bracelets (although you don’t have to search too hard to find a t-shirt bearing the slogan). But there’s no harm in being encouraged to see the world through blue-tinted glasses, unfiltered by suspicion or prejudice. While the immediate vista may keep shifting, as it does for Dory, this perspective on the world is always focused hopefully on the horizon, which by definition is a place where two things meet – a place of unity rather than division. Given that there is no guarantee that terror and tragedy will obey the rules of silly season and give us all a breather, this may not be a bad lens through which to look at the world.