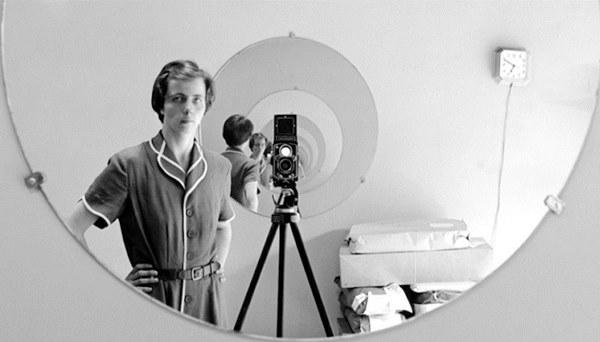 This documentary is as carefully assembled as the myriad rolls of film and other objets accumulated by its subject during her lifetime. I sat down to watch Finding Vivian Maier without really knowing what to expect, and was very pleasantly surprised. Not only is it a unique story and cinema-going experience, but it paints an alternative picture of the ‘successful life’ – one that, in this reviewer's opinion, is refreshingly in line with a Christian vision.

Vivien Maier passed away in 2009 at the age of 83. After approximately forty years working as a nanny, Maier ended her days alone and impoverished. She had always been an outcast, someone who, as one former charge points out, failed all the usual tests of success and standing (no husband, no home of her own, no social life to speak of, etc.). Her eccentricities – or mental health issues according to some less kind, but perhaps more honest descriptions – were tolerated by the families that she worked for until they became ‘too much’ and she was asked to move on.

The film hints at some personal tragedies that may have shaped the nomadic (and arguably lonely) life that she led, and reveals some of the darker or even ‘strange’ aspects of her character. However, the focus is largely on the rich artistic legacy that she has unexpectedly left behind. Although there is an indication that Maier knew that her work was good, the overall impression I was left with was one of humility and self-confessed poverty.

Such themes appear to run through Maier’s work. I say ‘appear’ because, although it is evident from a number of ‘picture perfect’ shots that she had a strong aesthetic eye, we can only guess at her motivations. However, what we can see clearly is that Maier had a talent for sourcing out the people, places and topics to which society all too frequently close its eyes. A large portion of her portfolio (some of which is thankfully available online) features the poor, the weak and the distressed. However, despite the conventionally unappealing subjects and locales (death and deformity, slums and slaughter-yards to name but a few), her photos manage to capture a spark of humanity and life that would have no doubt otherwise gone unnoticed. And, despite her perceived oddities and character flaws, all those who knew her acknowledge – and the film showcases – her spectacular gift for drawing people out of themselves via the medium of the camera lens.

I came away from this film feeling that no matter how broken and damaged this planet and its inhabitants may be, life really is quite beautiful. We just have to be prepared to see it, which means refusing to shy away from what society deems ugly or repellent.  What better legacy could there be for Vivian Maier?