Skip to main content
Photo by Jon Tyson on Unsplash 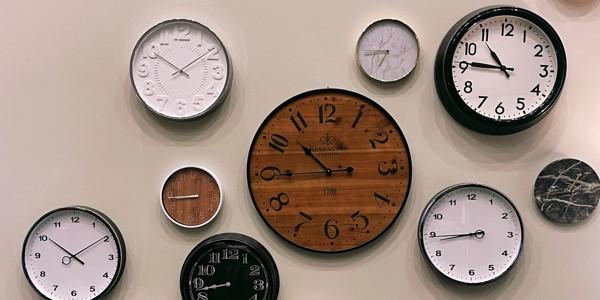 Two words in the text from Mark’s Gospel that is read on the first Sunday of Lent give Dermot O’Connor SJ particular occasion to pause and reflect. Inspired by recent insights of Pope Francis, how can we come to an understanding of Jesus’s uses of the words ‘time’ and ‘repent’ that can set us on the path to a better future?

The gospel reading for the first Sunday of Lent is Mark’s record of what Jesus says when he first preaches in Galilee.[i] There are two words that I think are particularly worthy of reflection: the first is the word ‘time’, which Jesus uses when he announces that ‘the time has come’ or ‘the time is fulfilled’; and the second is the instruction to ‘repent’ – ‘repent and believe the good news’.

In English there is only one word for time, but in Greek there are two: chronos and kairos. Chronos refers to the passage of time. That is the meaning that is reflected when we say in English that someone has a ‘chronic’ illness. Often this is misunderstood as meaning that they have a very serious illness, but actually it means a long illness, one that goes on and on over many years.

Kairos is something different, and it is the word Mark uses in the gospel passage. It means a propitious moment, a suitable time. When Jesus says that ‘the time has come’, he means that this is the favourable moment for him to begin his ministry. This is the time appointed by God. The hour has come for Jesus to minister to his people.

Each of us has his or her own kairos, too, our own propitious moment. There is a time in each of our lives when things come to a head and we are faced with a fundamental choice, a sacred moment when Jesus confronts us with options – when he invites us to make a decision.

As a spiritual director, I have had a lot of experience of listening to people talk about their lives. I often hear a ‘chronic’ narrative, a series of events or incidents: ‘this happened, followed by this, and then this, and then, and then...’ It’s fine, but it doesn’t tell you all that much. It reminds me of a book by E.M. Forster that I used to refer to when I was teaching English, called Aspects of the Novel.  Forster talks about novels with poor stories. This is how he puts it: the story,

… runs like a backbone – or may I say a tapeworm, for its beginning and end are arbitrary. It is immensely old – goes back to neolithic times, perhaps to Palaeolithic. Neanderthal man listened to stories, if one may judge by the shape of his skull. The primitive audience was an audience of shock-heads, gaping round the campfire, fatigued with contending against the mammoth or the woolly rhinoceros, and only kept awake by suspense. What would happen next? The novelist droned on, and as soon as the audience guessed what happened next, they either fell asleep or killed him.

As a spiritual director, I am not listening out for chronos but for the kairos, that place or that moment in a person’s story where God is intervening, calling, asking questions, challenging. Pope Francis has hinted that this time of the pandemic may well be a kairos, a time in which God is asking each one of us a question and inviting us to consider our answer:[ii] ‘the time has come’.

The other word in the gospel that I want to ponder is metanoia, translated as ‘repent’. It means giving yourself a totally new mindset, a different way of thinking. This is what Jesus is asking of his disciples in the first words he speaks in Mark’s Gospel: give yourself a new perspective, see things differently.

In his book, Let Us Dream, Pope Francis talks about the ‘isolated conscience’.[iii] This is the culture of blame. He tells us that there is no vaccine against it, but there is an antidote and that is ‘self-accusation’. The isolated conscience blames others: ‘it’s always someone else’s fault; it’s never my fault.’ What divides any community or society is not the fact that we hold different views, but the bad spirit concealed behind these views, which feeds and remains hidden in the pattern of accusation and counter-accusation. This cycle of accusation ignores God, whereas self-accusation opens us to God, confident of God’s mercy.[iv]

Pope Francis reminds us that when he spoke to the United States Congress in 2015[v] he pointed out the dangers of polarisation, the temptation to see only good or evil, dividing the world as we see it into two camps – the righteous (usually ourselves) and the sinners. The pope refers to this instinct in Let Us Dream and elsewhere[vi] as ‘Jonah syndrome’, and in his speech to Congress he went on to say that, ‘in the attempt to be freed of the enemy without, we can be tempted to feed the enemy within’. The shocking events of 6 January 2021 at the Capitol building in Washington D.C., where Pope Francis delivered that speech to Congress, are evidence of just how prophetic his words were.

So when we hear those two words in this first Lenten Sunday gospel – kairos and metanoia, ‘time’ and ‘repent’ – let us be reminded of the invitation to see things differently, to break the cycle of accusation, that Pope Francis sees on offer to us in this moment of crisis:

We can reorganize the way we live together in order better to choose what matters. We can work together to achieve it. We can learn what takes us forward, and what sets us back. We can choose. [vii]

Dermot O’Connor SJ is Superior of the Jesuit community at St Beuno’s Jesuit Spirituality Centre, where he directs the Spiritual Exercises.

The Lord Jesus, the Gentle Judge