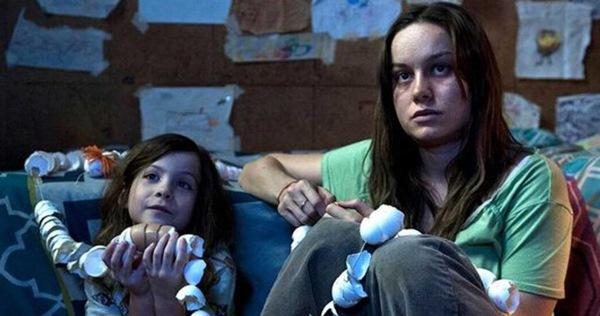 Adapted by Irish-Canadian author Emma Donoghue from her own best-selling novel, Room delivers tension, heartbreak and emotional truth in spades thanks to the combined efforts of several nascent filmmaking talents at the top of their games.

The authenticity of the bond at the heart of this film is what helps the movie transcend its horrifying subject matter: the dark world of sexually-motivated kidnappings and the suffering of its victims. Instead of taking the thriller-by-numbers route, this is as poetic and heart-rending a family relationship drama as you are likely to see this year. Such is the strength of the self-giving relationship between Ma (a fantastic, Oscar-nominated Brie Larson) and Jack (a beautifully raw turn from youngster Jacob Tremblay), and so well is it portrayed, that the sinister evil of Old Nick (Sean Bridgers) never quite manages to snuff out the light of their love.

Our intimacy with the key characters and their desperation means that that half-way through the film, a simple scene of a car driving down the road carries a nerve-shredding tension of which Hitchcock would be proud. The viewer becomes so closely wrapped up in the narrative that the quietest details begin to speak volumes. This means that the filmmakers never have to opt for the obvious. Everything is stacked to ensure that the set pieces serve the narrative, rather than the other way around. Stephen Rennicks’ score winds the audience up in the first half of the film, and then spools them out again in the overwhelming second half. Danny Cohen’s cinematography serves to highlight the intensity of the world inside ‘Room’, and then cascades with light and blurry detail, capturing the eye-searing reality of freshly-discovered life in the modern world.

Director Lenny Abrahamson (Adam & Paul, Garage) has a history of delving into the lives of broken characters, people who live on the edge of society but somehow find hope in the deepest mire. He does so again in Room, arguably his most mature and humane film yet, and has rightly received the acclaim, and the Oscar nomination, he deserves. In the wrong hands, this film could have been shallow and cynical. But it is a testament to the cast and crew that the underlying darkness never descends into sensationalism. This is a survivors' story, oozing sacramental love and paying tribute to the reality of parenthood, in which the learning is not always linear. Thus, just as Jack learns more about a world he never knew existed, so he teaches his mother to go beyond mere survival, coaxing her with his personal witness to begin the long, winding search for true life again.

This story is not about a devious kidnapping, but is about a mother giving up her body for her child, and about that child moving slowly but dramatically from innocence and shelter to the dawning of a more mature conscience. It is about moving beyond a model of co-dependence and learning how to be family in a way that is affirming, life-giving and selfless.

This is a daring feat of raw, contained connection, eschewing visceral venom in favour of the eternal triumph of love. What Room teaches is that this triumph is not always immediate, but it will eventually overcome even the most sinister darkness.