Skip to main content
Photo by Alex Bixby on Unsplash 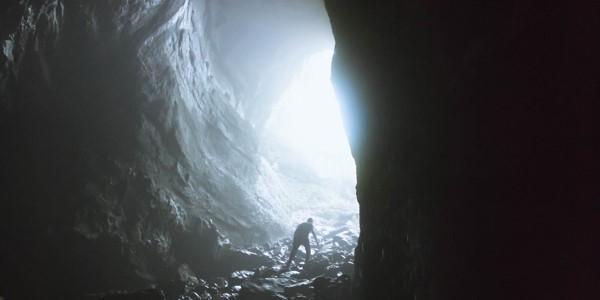 How can we begin to imagine the events in the gospel reading for the fifth Sunday of Lent from the point of view of Lazarus, raised from the dead?  Rob Marsh SJ invites us to try. ‘Death changes you. But so does life.’

It’s tough being dead – until you get used to it – though it’s a damned sight better than what goes immediately before. Not to mention my sobbing sisters, wailing away.  Mary, at least, she’s never been one to hide her feelings. Martha’s different – she knows the strength in sparing words and getting on with it. Both beautiful in their own ways. Hard to leave them!

But strange, in those last moments, even with them there – and God knows how many else – I was lonely. In the end there’s just you as you drift alone into the dark. Strange, too, how the pain leaves you near the end, though it doesn’t make the going any easier. You can be weary as hell, and ready – but giving up the ghost is a struggle. To live! Right up to the end I wanted to live – to breathe one more breath, to cherish one more heartbeat.

Hard on Martha and Mary, too. They never gave up hope, right till the end, that Jesus would turn up, unannounced, as he had so many times, and put things right in that easy way of his. Now, there’s someone so full of life. I just kept hoping he’d come to say goodbye.

Such a friend he’s been to me. Did you know we both share a passion for the night sky? We do. Did. Sometimes, on a warm evening, we’d lie out on the roof for hours and star-gaze. And talk. The dark brings out secrets, you know, and you see another side of people. I think I was the first he told of his growing fear that all this was going to end in nothing. That all the hopes and all the cures and the fire in his bones and the passion in his heart … it was all going to come to nothing. He’d tell me, in those dark times, about the confrontations with power, the battles with blindness, the plots to trap him, even the risk he felt from his followers.

‘All ahead is darkness,’ he said. But with still a strange yearning to go on and go through it. To trust to God. Like a father to him, it sometimes seemed.

He even joked, there on the roof, with the sky like a black bag above, and offered odds on whether it would be the Romans that got him or our own people.

Yes. It’s tough being dead. But life can be harder. A second shot at it anyway. I remember dying, finally letting go of life. Then next thing the sharp stink of rot, and cold going through me like a knife, and the tangle of winding cloths, and a thought in my head – ‘I’m dead’ – even as I knew I wasn’t, not any longer.

A sound of stone on stone grated through my confusion, and a shaft of light with dust dancing in it. Oh, and air that smelled of life and green things and growth. Flooded, I was, with fear and delight and surprise, every feeling you can imagine and none at all.

Then I heard his voice call my name: ‘Lazarus’. Yes, that’s me, still me. Can I move? Can I sit up? Does everything work again?

Again: ‘Lazarus’, this time more sharply, ‘come out!’ So sweet to me, that voice out of the light, calling me out of the dark, out of the cold. A friend’s voice, full of emotion. I lay there trying to guess the feelings in it. Grief, hope, doubt? Not really. A joy, an exultation, but fierce! I had to see his face and see the look on it. That’s what got me to move finally into the light – to see him better, and feel his warmth and smell his life.

So many faces – shocked, horrified, disbelieving, frightened, even some angry, of all things. But in the middle of it all, him. With a smile that spoke my name and drew me out to be unbound, to let my fingers curve around an offered cup, and arms embrace the weeping sisters.

Death changes you. But so does life. I remember the look in his eyes even now, and know now that a bargain had been struck, an exchange made, and gladly. I see that now, after the parties, after the laughter and dancing, after the story has been told a thousand times, after catching his eyes across the firelight. I see that now, now that they’ve arrested him – their people and ours. I should have taken his odds…

He knew that raising the dead was the last straw. My God! Even coming here, near Passover, when he did, was a risk, let alone such a dramatic gesture! He knew what he was doing when he gave me back my life. He was buying his own death. I understood that look in his eyes when they took him, bound, and the smile on his lips.

Oh, they’ll kill him, there’s no doubt of that. They’ll have to have their way. ‘Better that one man should die than the rest suffer’ – that’s what our people’ll say, making it a Passover bargain, a lamb for a life.

What more can you do for someone you love than trade your life for theirs? But what a gift to have to receive! Where does it leave me, to have been loved that much and to know the cost and, while he dies, to go on living?

It’s tough being alive. But it’s the gift he’s given me, an expensive gift, and one I’ll not refuse and I’ll not waste. We have traded places, he and I. I know the gift is freely given, hard to understand, and I know the gift can only be returned.

A disciple in the upper room

St Henry Morse SJ: ‘A saviour of life unto life’
Alfred Delp: committed to Christ
‘The Fight Between Carnival and Lent’
‘Give them something to eat’: The Christian approach to food aid
The Secret Life of Walter Mitty