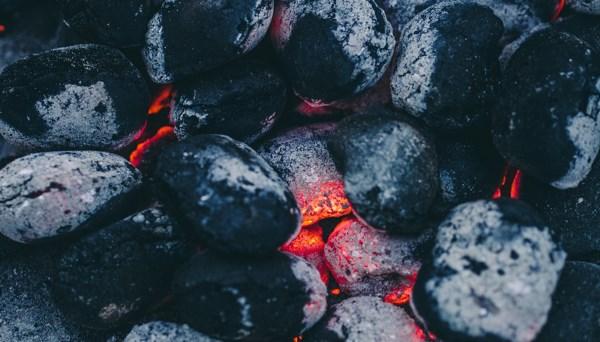 In the gospel reading for the Friday of Easter Week, Jesus waits by the shore to meet his disciples upon their return from a fishing trip. Rob Marsh SJ imagines what might have been going through the minds of a disillusioned Peter as he returned to plying his trade, and an expectant Jesus as he prepared breakfast for his unsuspecting friends.

We’ve been back for days now, his friends, his witnesses, his followers. And, me, Peter. Back to the Galilee. Waiting. Twice he walked through strong, Jerusalem walls to amaze us and half-terrify, half-thrill us. Twice he touched us; twice he breathed real breath on us, spoke over and again his peace into us. And then … nothing. ‘Third time’s the charm,’ we said. But nothing.

All that pain and hurt. Then all that shock and delight and hope and expectation. And now this, this waiting for more. He walked right into our mourning with his wounded hands and his tender touch and then he went and left us waiting … He IS risen. We know that. He isn’t dead. But still we have lost him – it feels like that. You know that special way a friend speaks, how he holds himself, how he smells, just how he’s here and now and touchable and present and available. To have that ripped from you, then given back, then, you slowly realise, not given back at all. It is all going to be different. And all you want is for it to be the way it was. For him to be the way he was. And he’s not even dead so you can’t mourn. I can’t mourn.

We’ve been trying to bring back the feel of him, the memory of that upper room. We wash each other’s feet and it’s almost like him. We take the bread and bless it, break it the way he did and pass it hand to hand and eat, and hope to taste him. And sometimes you do. Or close enough to be brought back to that smoky room, smelling of lamb and fear, where you can hold him for a moment.

But it’s not the same. The room is closed. And this is Galilee. And the waiting is killing me. And I half think we’ve had it. Had the best of him. Seen him dead, then not dead, and God knows where or what he is now. And we, poor fisher folk, are left to make sense of it all. Where’s Judas when you need a theologian!

Well, enough of it all. If fish is my business then I’m going fishing. Fish you can trust. Fish don’t go appearing and disappearing when they want. Find the place, cast the net, and let all the old skills bring this battered body back to life.

Cold! This late in the night it is cold to the bones and this little charcoal fire might be singeing my beard but my toes are freezing. Dangling them in the dark waters was not a good idea but I never could resist. Now, Peter never would, fisherman for life and all, but a carpenter will brave any chill to get the dust and shavings from between the toes. There hasn’t been much need of that for a while but it did feel so good to sit there fishing in starlight and shadow, trying to remember the tricks Peter taught me, trying to catch something good for him, for them. I want the best I can manage. ‘Please, God, let me catch more than minnows!’ Well, I must have learned something for here they are – three of them, plump and glistening and eager for the fire. The cleaning I can manage. I watched my mother so many times take that sharp blade and slip it in clean, and slit and twist and rinse. There! But I’d forgotten how the scales can cut.

God, it is cold! Hmm … Dawn is climbing over the hills. Not so long now! Just a little while and they’ll be here. And just as cold as me. With the light on them still silver and sharp. And I want the fish perfect. Seared and succulent. Want the scent of it to lead them to me. No better smell than baking bread and fish a-crackle, dripping and flaring onto the coals. Mmm … I can almost taste it already. The fish flaking between half-burnt fingers, soaking into still-warm bread. A little watered-wine to round it off. Their faces will be something! I can almost see the look, that mix of knowing and unknowing. Is he, isn’t he? Should they, shouldn’t they? One of them I can guarantee will know and name me. And Peter, Peter will, as usual, do something wild and glorious and the rest, as usual, will follow. A useless bunch one-by-one but together, ah together, they’ll change the world. And I love them. Each. All. Oh man I want this breakfast to be so good. Want the taste to linger on their lips for years. Want it to be how they remember me. Not just pent up in that upper room but out here. Out in the place they love. Out where a lifetime’s work has made land and lake a home. Where they can do what they’ve always done. They think they’ve been waiting for me, but truth be told, they’ve been trying to conjure me, to work me out, to do the right thing to get me back. They want to find me, but I’m here to find them. Now they’ve finally given up finding me.

And not in some upper room – I hated that upper room – but right here, under their noses, at home, plying their trade, playing the fool. And they’ll never know where to expect me next. But I’ll find them. I’ll keep on finding them. Finding them and feeding them. Breaking the bread for them. Having one name me, another rush like a fool to reach me, and all the rest to follow and eat and laugh and sing around the fire, the taste of fish on their lips, all hungers satisfied as they share the broken bread and wine dark as … Here they are! Oh, thank you! And look at them! What a sorry bunch of weary kids! Look at them!

‘Children! Have you caught anything to eat?’

This text was first preached as a homily to the Jesuit Community of the Jesuit School of Theology at Berkeley, Santa Clara University.

The Exaltation of the Holy Cross