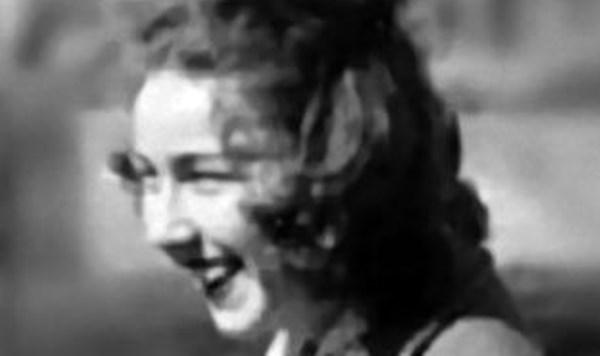 How much do you know about the American Catholic author whose body of work, although small, has influenced artists from Quentin Tarantino to Bruce Springsteen? Sunday 3rd August is the 50th anniversary of the death of the writer in question – Flannery O’Connor.  Antonio Spadaro SJ explains why O’Connor’s writing is so electrifying.

What do Bruce Springsteen and Nick Cave have in common, or directors John Huston and Quentin Tarantino, or writers such as Raymond Carver and Elizabeth Bishop? Nothing, perhaps - except Flannery O'Connor (1925-1964), who was read, loved, represented or imitated by all of them.

Flannery O’Connor considered her country to be the 'dear old dirty south' between the foothills of Georgia and east Tennessee. She was a daughter of the land from which the Southerners hailed, writers such as Erskine Caldwell, Carson McCullers, Truman Capote, Tennessee Williams, William Faulkner. Her volume of work was not massive, but it was enough to earn her the status of a worshipped writer. She died at the age of 39, leaving only two novels –Wise Blood (1952) and The Violent Bear it Away (1960) – and a handful of short stories published in two stages (1955 and 1965). However, her few writings have since been cherished as iconic, a ‘sacred monster’, a paradigm. The Italian writer, Attilio Bertolucci once said that the essays in O’Connor’s Mystery and Manners collection ‘electrified’ from its pages. This shock factor has at least three dimensions.

The first: O’Connor writes the way she sees the world. Though the expression may seem trivial, it’s true. She has a vision of reality; there are no mazes of conscience or romantic memoirs. The materials which make up her stories are ‘dusty’: according to her, ‘fiction is about everything human and we are made out of dust, and if you scorn getting yourself dusty, then you shouldn’t try to write fiction.’ From this stems a valuable warning: you cannot arouse emotion in the reader through texts riddled with uncontrollable feelings or thoughts, not even by venting those thoughts from every angle of the story. Writing isn’t a matter of saying things, but showing them to the reader. If a character is wooden, they should have a wooden leg. If their personality changes, then you must get a thief to steal the leg!

This is one of the strong bases of O’Connor’s poetics. Characters and events have elements that can be perceived, they are embodied and material. The phrase ‘the world of the fiction writer is full of matter’ is believed to refer to the tumultuous emotions or ideas required to make a great story. Not at all. Abstract concepts do not make stories. It is the matter and concreteness of life that gives reality to the mystery of our being in the world.

The second reason for the electrifying nature of O’Connor’s work is precisely this mystery. O’Connor is the epitome of mystery. Her vision of reality is never icy and minimalist. Her perspective, rather, focuses particularly on the ‘mystery of our position on earth’. O’Connor’s realism is always oriented in the direction of mystery, which is manifested, for example, in the form of the unexpected, or even the grotesque: ‘if the writer believes that our life is and will remain mysterious, if he looks upon us as beings existing in a created order to whose laws we freely respond, then what he sees on the surface will be of interest to him only as he can go through it into an experience of mystery itself’. And that can happen with just about anything. Even gratuitous violence, the bizarre and the grotesque, a mixture of comedy and horror, can serve to stretch one’s vision. When this happens, it is as if the author slaps the reader, messing with his perception by moving the face, angling it sideways. What is knocked out is that ‘common sense’, which is vaguely secular, rational and enlightened, that corrupts true inspiration. Only from this inner shaking, not from mellifluous new age sensations, can one derive the deep peace and inner serenity that lends to a writer their good humour – even when they’re hit by a tumour from lupus erythematosus that would lead a young woman to death, as it did for O’Connor.

The third reason is that the topic of O’Connor’s fiction is ‘the action of grace in territory held largely by the devil’. This is the domain of the drama of good and evil, salvation and damnation, of grace and of the devil: ‘In my stories,’ O’Connor writes paradoxically, ‘a reader will find that the devil accomplishes a good deal of ground work that seems to be necessary before grace is effected’. The sense of evil is the guarantee of our sense of mystery, and thus the devil becomes, in some way, ‘a dramatic necessity of the writer’.

O’Connor affirms repeatedly that she is a Catholic writer. She was fond of St. Thomas Aquinas (‘I am a hillbilly Thomist’), the French Jesuit theologian Teilhard de Chardin (whom she considered to be the greatest novelist), the philosopher Jacques Maritain, and mystics such as Teresa of Avila and John of the Cross. Without the ‘vision’ (that of Dante, for example; she was not a visionary, which is quite another thing) that is given by faith, O’Connor’s writing would be nothing but ink on a page. And in this respect, the dogma of faith plays a fundamental role: she believed that dogma safeguards mystery for the benefit of the human mind, and so she can say, ‘I write with a solid belief in all the Christian dogmas’. The first of these is that of the incarnation: God became human flesh, dust. From here, one cannot help but see differently a world that she has described as ‘Christ-haunted’. The roots of this beguiling expression are found in O’Connor’s sensitivity to the most dramatic and paradoxical incisiveness of Grace, which can cause coarsening of the character: ‘writers who see by the light of their Christian faith will have, in these times, the sharpest eyes for the grotesque, for the perverse and for the unacceptable’.

‘Mystery is a great embarrassment to the modern mind’, writes O’Connor, and so her writing causes terrible embarrassment, but it is irresistible. It has inspired the violence of Tarantino’s Pulp Fiction and the intense acoustic simplicity of a record like Springsteen’s Nebraska, all shaped by her vision of the Badlands. It has inspired the novel And the Ass Saw the Angel by Nick Cave, and the atmosphere of the Bible Belt that comes through in many of his songs; but it has also inspired intense theological reflection about the sacramental vision of reality. In a preface to the 2003 Italian translation of Mystery and Manners, Christian Raimo gives a sense of O’Connor’s breadth of vision when he lists the questions that her writing addresses:

Why do you write? How do you become a writer? What is a vocation? How is one freed from its self-centeredness? What is art? What is the relationship between art and money? What does it mean to be pure? How can you be true to yourself and appeal to your readership? How can you take care of talent? What is a story? What is its significance? How do you give life to characters? How do you talk to them? How do you build a symbolic key? And still there is the central, inescapable question: if the Bible ‘is nothing but a dimly-lit mirror’ (1 Cor 13:12), how can you try to embody the mystery of God with literature?