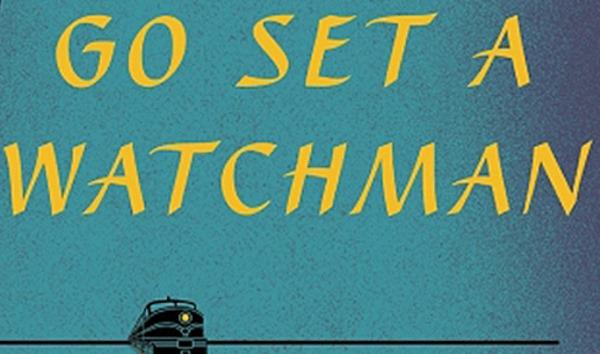 Nelle Harper Lee spent three years editing Go Set a Watchman, until it emerged, restructured and renamed, as To Kill a Mockingbird. What happened to that first draft wasn’t a buff and polish edit, as its publication now allows us to see, but a full decomposition and re-composition. Imagine growing a garden, ripping it all up for compost, and then using that compost to grow something new again. Go Set a Watchman contains some of the grains that can be seen blossoming in To Kill a Mockingbird, but everything else in it is what Lee and her editor decided 55 years ago was not good enough for publication.  The claim in the inside jacket of my copy that this is a ‘landmark new novel’ is, politely, a load of puff; less politely, it’s the kind of sentence that you’d want to use as manure.

Ten years ago I taught To Kill a Mockingbird to a classroom of teenagers, in much the same way that thousands of schoolkids have experienced the book. We talked about Jem and Scout and how they grow and change; what their relationship is to the people around them; how their perceptions of those people are proved correct or incorrect. At the centre of it all was Atticus. Noble Atticus. Atticus the Good Father. Atticus calling out the lynch mob by name from the steps of the jailhouse. Atticus shooting the rabid dog because he’s the best shot in the county and the only one brave enough to do it. We got ourselves worked up with the drama of Tom Robinson’s trial. What’s racism? What’s justice? What’s right or wrong?

It’s little surprise then that the publication of Go Set a Watchman has caused such consternation. It’s a weak book. It feels unfair to even write that. We should be judging it as a first draft, with its potential trailing off into the future, not as a published novel with its weakness fixed in print. There’s a subgenre of Go Set a Watchman reviews that spell out the conspiracies behind the book’s publication. It’s ugly stuff, like some kind of tedious teledrama – safety deposit boxes, lawyers and agents, Lee’s sister dying a few weeks before Lee signed the contract to publish. The arguments go back and forth about whether Lee knows what she is doing, whether she ever wanted to publish another book, whether she’s being taken advantage of. Whatever the truth, I think it’s a safe assumption that the aesthetic judgement of Lee as a writer in 1957, coupled with that of her involved editor (there’s an interesting portrait of Tay Hohoff here), supercedes her current ability to judge. I can imagine the Atticus of To Kill a Mockingbird hawing to himself as he reads in the paper just how many hundreds of thousands of copies Go Set a Watchman shifted in its first weeks. Someone’s making money here and that’s no bad thing for anyone involved with books, but it sure clouds the eye.

The core remains the same – the growth and formation of Jean Louise’s conscience. Now in her mid-twenties and living in New York, she returns home to Maycomb to visit an arthritic Atticus. There’s almost too much of Maycomb in the air, and the pen-portraits of the townsfolk line them up like china dolls on a mantelpiece. There’s a rape trial, but it’s dismissed in a few lines. The drama centres on whether Jean Louise will marry her childhood friend (not Dill, unfortunately), and when exactly she is going to have an argument with her father. The best bits are those which grew into To Kill a Mockingbird – the flashbacks to Jean Louise and Jem’s youth. Otherwise it often reads like a Dear Diary mixed with some undergraduate musings on the ‘Story of the South’.

In To Kill a Mockingbird it is the behaviour of the jury, convicting an innocent Tom Robinson, that kicks Jean Louise into an awareness of human ill; in Go Set a Watchman, it is the racist attitudes of her father Atticus. The reaction of many readers reflects that of Jean Louise – is this really the same Atticus justifying his attendance at a racist town council meeting by asking his daughter, ‘Do you want Negroes by the carload in our schools and churches and theaters? Do you want them in our world?...so far in my experience, white is white and black’s black…We’re outnumbered, you know.’ It feels transgressive to hear Jean Louise comparing her father to Hitler and screaming son of a bitch! in his face.

The debates in the American press about Atticus’s racism have been interesting. I don’t think I’m equipped to add intelligently to them so I will summarise instead. Can Atticus’s old-age racism (he’s 72 in Go Set a Watchman) be traced back to his paternalistic attitudes in To Kill a Mockingbird? Is the Atticus in Go Set a Watchman a more truthful representative of the White Liberal Saviour than the idealised portrayal of him in To Kill a Mockingbird? Are the books even about racism, or is it just used as quest material for Jean Louise’s personal growth? It’s true to say that the African-American characters in To Kill a Mockingbird are idealised innocents, and I can’t see a single non-white character apart from Calpurnia who has much of an interior life. The cynic in me wonders whether all those prizes and awards given to Harper Lee weren’t so much for her as for Atticus – this fairy tale figure who can be called upon to answer those uncomfortable questions about white male privilege. I doubt Jean Louise will be alone in shouting at the Atticus we see in Go Set a Watchman:

I’ll never forgive you for what you did me. You cheated me… I believed in you. I looked up to you, Atticus, like I never looked up to anybody in my life and never will again. …You’ve cheated me in a way that’s inexpressible, but don’t let it worry you, because the joke is entirely on me. You’re the only person I think I’ve ever fully trusted and now I’m done for.

Her uncle tells her that she has broken her icons – the Atticus she idealised has been reduced ‘to the status of a human being.’

If nothing else these debates remind us of what it feels like to be moved by a piece of literature, and how hard it is to express that. I first heard about Atticus from a close friend who told me that he was why she was studying law. At that point I had no interest in reading To Kill a Mockingbird – it sounded sentimental, moralistic, ploddy. This same friend, now a lawyer, messaged me yesterday to say that she was reading Go Set a Watchman and didn’t believe Harper Lee had written it. It must be a fake; the style was all wrong. Characters like Atticus, when they move us, do something strange to our imaginations. They collect up the raw stuff there and make themselves a face and a voice out of it and then they hang around for a long time. I had Amory Blaine and Monroe Stahr mouthing off their ideas about love and art throughout my early twenties (thanks for that, F. Scott Fitzgerald). The voice was half theirs, half mine; beneath the racket there was something true being said. I suspect that the Atticus of To Kill a Mockingbird sits in a thousand imaginations in a similar way. Now he has a shadow behind him too.

Nathan Koblintz is a former member of the Thinking Faith Editorial Board.