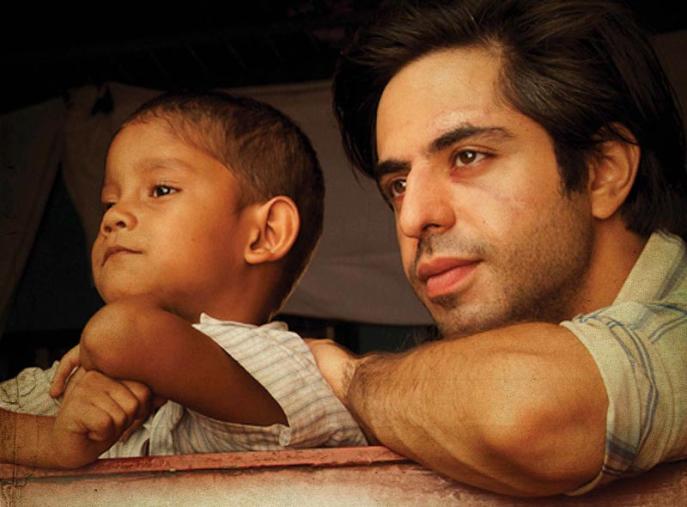 
Salman Rushdie's 1980 novel, Midnight's Children is a significant book, being part of at least two important movements: magic realism and post-colonial writing. The story is told in the first person by Saleem Sinai, one of some thousand or so miraculous children born at the moment of India and Pakistan’s birth, whose lives thus become metaphors for the turbulent relationship between India, Pakistan and Bangladesh (an idea which barely requires a leap of imagination), but who have all been endowed with miraculous powers (which is where the magic realism comes in). The book is some 500 pages long, and draws on politics, historical fact, religion and other insights to create a celebration of the phenomenon of the subcontinent.

The models for this sort of writing draw on rich sets of references, including the epic literature of India (and no doubt other traditions as well); the complex, interlocking plot with its picaresque qualities also acknowledges European literatures such as that exemplified by Oliver Twist or Bleak House. The scale of such pieces means that a television mini-series might have offered a better mode for reinterpretation than can be afforded by a two hour film (even if one allows oneself an extra twenty minutes or so, as the producers of this one did). German television achieved this in the epic Heimat (1984), where memory, fact, interpretation and moments of magic slipped over each other in a 15-hour experience that itself nodded to its own national models for monster narratives such as those offered by Wagner or Thomas Mann. Similarly, in covering a family’s story over the period between 1919 and 1982, (a busy one for Germans) Heimat used the personal to explore seismic political events.

So one issue with this film is that maybe cinematic narrative can’t cover this material in the way that the novel was able to. Here's a small detail that shows what I mean: as the closing credits roll, the camera moves over a map of the places where the story has been told, starting in Bombay, then moving north west to Pakistan, then across to Bangladesh – and in that moment the audience is reminded of the huge scope of the novel, and of this film that has been made from it. Then there is the question of magic realism: magic realism is a literary mode, and it works when readers immerse themselves in the fantasy world of their imaginations, as filled by the words of the writer they are reading (be that Rushdie or Angela Carter or García Márquez). When one translates some of the ideas from writing (where they work), into another form, something gets lost. For example, take some of the characters' names. When I write some of these down they just seem a little overdone – the midwife who (at a crucial moment in the narrator's life) swaps the rich baby for the poor one, is Mary, a Christian married to Joseph, a working man; the rich baby, now made poor, becomes the villain of the piece, and his name is Shiva, one shared with the Hindu god of destruction and re-creation.

I'm not saying that there weren't moments of delight or astonishment in this film version, but a week later, I am struggling to remember what they were. Again, I suspect this is down to what happens when you take a massive novel and convert it into a biggish film. In this case, the script has been structured in such a way as to link a dozen or so moments of (what should be) intense emotional drama or plot resolution: if delivered with any feeling, these could easily become melodrama; but in avoiding the overdramatic, the result has been a certain bathos and a slight sense of disappointment.

An alternative reading might be to describe this as a faithful adaptation of the novel, with a screenplay written by its celebrated author, in which dozens of characters slip in and out of the story, and in which there is much sensitive acting, creating a delightful film which ends in a celebration of love and a just condemnation of the Indian political class. My view, however, is that this film was, at two hours twenty minutes, simply either too long, or too short: everyone would have been better served by either a television series, or a film the length of Gone With the Wind (1939: 3 hours, 44 minutes) or Little Dorrit (1988: 6 hours). That is the sort of space that would have given the team the scope to recreate Rushdie's novel on the epic scale appropriate to its themes.