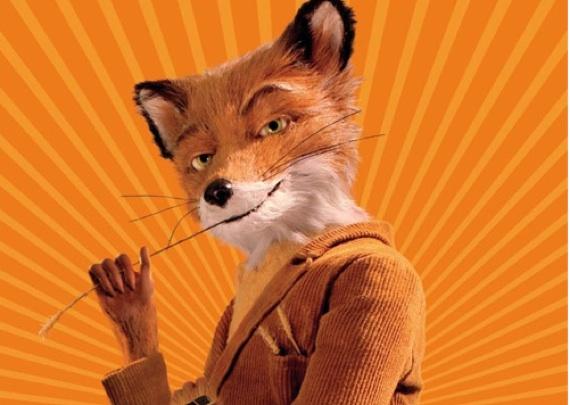 
Yes to the moon, to silhouettes on hills; yes to running as fast as you can from Boggis, Bunce and Bean; yes to the stars and heroism; yes to the thieves; yes to the smoothness of talk that draws out the heart: Fantastic Mr. Fox deserves its adjective. Wes Anderson’s version of the book is a new childhood relic, bright enough to bear the nostalgia that will draw so many of its viewers to their seats. To those living through a Pixar-drawn childhood, its stop-motion animation gives it a handmade feel, a lower-key experience different in tone to CGI adventures.

Its world is packed with sequined detail. Farmer Bunce eats only doughnuts stuffed with goose liver paté. Whack-bat involves more geometry than cricket. Mr. Fox’s assault on the farmers’ strongholds is launched from the frustrations of a large life stuffed into a workaday existence: he is a columnist in the local paper, mortgaged too far up after the hole in the ground made him feel poor. Unexplained tics, psychological and physical, possess each character for an instant – Mr. Fox’s ‘trademark’ whistle and click, for instance. It’s a well used method of characterisation that, done poorly, reduces humans to mere assemblages of quirks, but one that feels true to life too – the same way that even at a distance we can recognise a loved one by her gait or how a particular brand of deodorant reminds us of someone we once worked with.

The script is one of the best in recent memory, from the mask of cusswords (‘get the cuss out of here!’) to the familial love negotiated between self-knowledge and habit. Imbedded insecurities are things that Anderson has always done well, and Mr. Fox’s family in his hands becomes a shelter for the illusions onto which we all grip – his son Ash, a self-proclaimed athlete with a superhero cape, continually compared to his more talented cousin. The distance between these animations and our own lives removes the true dinginess of hurt – the thick dull Sunday evening feel of it– and watching these smaller creatures can remind us of our own silliness: the self-important collection of pains we collect in scrapbooks that are hauled out whenever we need to remind someone of how they hurt us, once, when they weren’t looking.

But really the experience of this film is one of simple delight. Its anachronisms are scattered free of care – music from the ‘30s, electric trains, mobile phones, the home-making dramas of the ‘50s – and reflect the anachronisms of childhood. That time with the forest when you were told the story about your granddad taking your dad to see the shop where his granddad was a rich socialist whatever that means, and wasn’t it time for dinner a while ago, and your sister with a scratch on her head that might have been a mis-thrown stick or a dream you had earlier. Mr. Fox’s bloody stump of a tail fell at my feet when I had that book first read to me. Or was that later, reading about other talking animals in Farthing Wood or the feasts they had beneath Brambly Hedge? Leaving the cinema, the real world felt more ordered, less magical, full of people taking pictures of themselves. The temptation to return was intense.

iWitness: A Jesuit at the Fringe

Prince of Persia: The Sands of Time