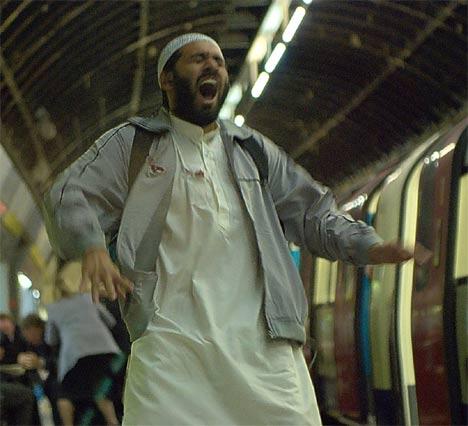 When fear pulled the trigger on Jean Charles de Menezes in the summer of 2005, the nation discovered the consequences of moral choices about our protection: are we willing to ask that innocent lives and liberties be endangered so that we can aspire to what we hope will be a safer society? Shoot on Sight is the latest film to dramatise these issues, taking as its story the actions of Commander Tariq Ali, a Muslim officer in the Met, asked to head the investigation into the killing of a young Muslim man by police officers.

There’s something of Greek tragedy in the way the story evolves. Sophocles’ plays depict the clash of forces within the human will – duty to the state, to the family, to the gods – and the characters are less individuals than they are representations of these universal conflicts. Despite excellent acting throughout, a rather clunky script leaves the characters in Shoot on Sight explaining where they stand in relation to the conflicts, almost sounding like paragraphs in an essay. “What do you think about these radical Imams, Zaheer?”, Ali’s nephew, newly arrived from Pakistan, is asked. Elsewhere, Ralph Ineson (The Office’s “Finchey!”), the officer who killed the suspect, is near caricature as a racist police officer only for a character revelation to unoriginally turn conceptions on their head.

However, the seriousness of the content and the realism with which it is deployed strikes home. After leaving the cinema I was stopped and searched with many others entering Clapham Junction; and the events are recent enough for distributors to shy away from taking the film on (see here). The realism of the production, which feels like a homegrown crime drama on television, means that leaving the cinema and walking onto the streets does not involve that disjuncture one gets from leaving blockblusterland; instead there is that sensation of the film and the real world overlapping, the same buses, shops, the same faces wary on the underground. Arrun Harker stands out in the cast as the radicalising imam: he is a forceful, paternal figure who mixes charismatic sophistry with a roll call of contemporary atrocities: Chechnya, Iraq, Afghanistan, Kashmir… a narrative of victimhood and repression. Any flaws in the story telling should be overlooked – it may feel like watching an essay being written, but it is an essay that is undeniably accurate.

It’s a simple exercise to watch the film and supplant the word Muslim with Christian; it’s an opening to a closer emotional understanding of the events. When the imam demands of Officer Ali whether he is “a police officer who happens to be a Muslim or a Muslim who works as a police officer” there is an echo of C.S. Lewis’ teaching that we are Christians first and in our daily lives it is our duty to be a Christian husband, teacher, footballer…. When so much is made in parts of the media of the differences between people in faiths, languages, cultures and histories, as Christians it should be simple to empathise with having a personal faith publicly misrepresented. The appropriation of the genuine language of faith to serve the anger of the radicals is one that is hard to spot unless a real dialogue between faiths has taken place. Shoot on Sight portrays two of the negative consequences of a lack of understanding: the paralysis of not confronting a problem, and the reverse of this, a pervasive prejudice.

Although it isn’t as captivating as Crash, it was disappointing to share the cinema with only seven other people. I saw Shoot on Sight after watching The Dark Knight, and whilst the latter excites in its depiction of evil and morality, the former feels almost historical, in the sense of the Greek root historia – learning or knowing by enquiry, record, narrative.