Skip to main content
Photo by lincolnblues at flickr.com 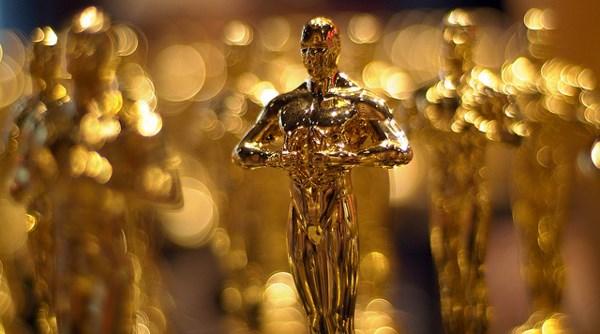 Ahead of the 2015 Academy Awards, our Editor gives a rundown of her favourite – and least favourite – films of this awards season. Who had the best on-screen chemistry; who looks set to miss out on a statuette (deservedly or not); and which film provided audiences with the moment they will remember for years to come?

In a film of false summits – in the best possible way – the moment at which we are finally allowed to realise what is going on in this tale of teacher-student war is like a punch in the stomach, and left me in sickening anxiety for the remainder of the film. This film's story is so small in scope yet so big in impact that it's hard, even having watched it, to see how it could be so good. That both central characters were so fully present yet the essence of their relationship so elusive is a testament to performance, scriptwriting and direction – and to the fact that creative passion can be as corruptive as it is enhancing if it isn’t properly nurtured. If I could recommend one film as a must-see this awards season, it would be Whiplash. Any award it wins will be fully deserved.

For a woman who was best known before this film for variations on the English rose (Pride and Prejudice, An Education, The World's End), this performance came out of nowhere.  It seemed a nigh-on impossible task to make Amy Elliott Dunne likeable to viewers, many of whom would have read Gillian Flynn's novel and therefore knew full well what the character is capable of. But Pike did it. She managed to beguile and alarm her audience as well as her fictional husband, and gave this film a gravitas that it would have lacked had there been a less classy performance in the leading role. Her commitment to the role grounded this film in some semblance of reality, and carried the audience through this commendable thriller. I will be the first one to admit I was surprised by Pike, although not by the fact that she has earned this film’s only nomination. Most money is on Julianne Moore to win the award for Actress in a Leading Role for Still Alice (which doesn't get a UK release until next month), but if Pike does sneak this it will be a happy surprise.

I confess that I haven’t seen The Judge so can’t comment on Robert Duvall’s performance; and while Mark Ruffalo was good in Foxcatcher, it wasn’t until three quarters of the way through the film that the strength of his performance became evident.  In any case, he wasn’t a patch on J.K. Simmons in Whiplash, Edward Norton in Birdman or Ethan Hawke in Boyhood.  I would probably rank them in that order, but wouldn't begrudge any of them the win: Simmons was brilliantly mercurial; Norton was raw and entertaining; and Hawke progressed from immature to embarrassing to earnest. As an aside, if there was room for another nominee in this category, I think Charlie Cox would have had a strong claim for his work in The Theory of Everything.

I don't whether the fact that this cast laboured at their family dynamic for 12 years makes it inevitable or remarkable that the final product was as full of natural charm as it was. Aside from a few slightly over-the-top speeches delivered by the ‘boy’ in question, this was as authentic a film as Richard Linklater could have hoped to make. Some combination of good fortune, great casting and no doubt careful nurturing guided the child stars from infancy to adulthood in front of the camera, and seemingly behind it as well. I can’t imagine that anyone could watch this film and not recognise something of their own family projected on the screen in front of them.

The safe bet: Eddie Redmayne as Actor in a Leading Role for The Theory of Everything

There can have been few performances in recent history more deserving of an Oscar than Eddie Redmayne as Stephen Hawking. Audiences and critics alike are united behind him, although a few of the latter are hedging their bets on Michael Keaton’s performance in Birdman overtaking him at the finish line. Yes, Redmayne might be guilty of something of an impersonation of Professor Hawking, but this was a) necessary and b) fleshed out by his full inhabitancy of the character.  If/when he wins, he will owe a lot to the potency of the story, the extent of public admiration for Stephen Hawking, and everyone with whom he shared a screen in this film, especially Felicity Jones.

Despite the most promising British cast since Tinker Tailor Soldier Spy and competent performances from each of its members (especially the ever-brilliant Mark Strong), this film was far less than the sum of its parts. Our review highlighted several of the reservations that I shared about the film, particularly that film ‘has yet to discover the best way to portray and celebrate the purity of the discipline [of mathematics]’. Not that many people would have been particularly enthralled by a two-hour explication of the mechanics of ‘Christopher’ (Turing’s name for his decryption machine); but problem-solving seems to have been so integral to Turing’s personality, and this film only scratches the surface of what that means.  As a three-part TV drama, it could have worked wonders; on the big screen, it left a lot to be desired.

Most inexplicable snub: The Lego Movie

The only good thing to have come out of the absence of nominations for The Lego Movie (apart from for Original Song) was director Philip Lord’s reaction.  Twitter went into overdrive to decry the Academy’s failure to recognise the film in the Animated Feature category, and rightly so.  It was laugh-out-loud funny, knowing, moving and above all it was a powerful reflection on creativity. If that sounds like too much to hope for from a film about pieces of plastic, then please watch it. And then let our review enlighten you about the theology of LEGO.