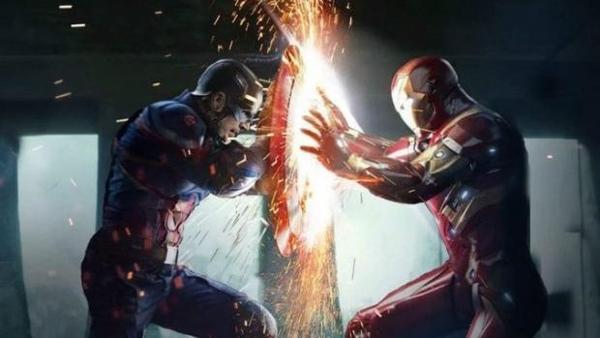 This film demonstrates in the usual way why superheroes are basically a daydream of invincible adolescence. That’s not all it does, though, and that’s what makes it unusually interesting. In addition to its titanic, reckless smash-ups between characters who seem able to recover from anything, there are also numerous scenes which inject the genre with what might be its first overtures to a more fragile, reflective, even responsible adulthood.

The film begins in the customary fashion. Super-well-equipped villains undertake super-crimes which are halted just in the nick of time by superheroes – excuse me, apparently now we are supposed to say ‘enhanced persons’, as the early, somewhat laboured dialogue stresses – and these enhanced persons leave behind them a fallout of ruin, also as per custom. Instead of instantly moving on to the next videogame-like conflict and leaving it all to get cleaned up by some cosmic mother, though, they get locked in a room and forced to face the consequences of the mess. Crumbled apartment buildings, civilian deaths, paralytically damaged developing world infrastructures – all of these, we now see, are the previously uncounted costs of the mega-feats we have been enjoying in the big screen backstories.

This is deliciously subversive and discomfiting stuff, especially for an ex-pat who has been unsure in his patriotism since a teenage conversion to Christianity and decidedly doubtful about the ‘manifest destiny’ of America since discovering the term at university. The tension is well-represented in the argument that erupts between Captain America (Chris Evans) and Tony Stark aka Iron Man (Robert Downey Jr), the symbols of a residual Second World War feeling of American geopolitical righteousness on the one hand, and the hyper-affluent, US-based (but increasingly post-national) face of big industry on the other. While Cap would stand firm on the apparently solid ground of simple things like friendship, the call of duty and a man’s prerogative to act on his conscience, Mr Stark is sensitive to the hazards of unilateral action and the prudence of compromise to the extent that he begins to sound, even to his own ears, distressingly if sensibly middle-aged.

This dialectic is, I think, a revealing lens through which to watch the film. Not, heaven forfend, as prophesying a literal internecine North American armed conflict, but as playing out a crisis deep in the American national consciousness. It has been suggested that Plato’s Republic can be read not only as a treatise on the ideal city but also as a reflection upon the well-ordering of the individual person: that is, the corporate existence among different persons is also an image of the various powers and proclivities inside a singular person. The city stands as an image of the citizen and vice versa.

So, when in Civil War we see the great powers of the Marvel films aligned against one another, we will do well, if the franchise has not already overstretched our sympathies, to shudder at the immensity of the conflict. These are not simply semi-comical half-adults slugging it out in oversized kids’ costumes – although they may also be that – they are the avatars of the spiritual coming of age of a people. The rest of the world may do rightly to sneer, if they do, at what in this is essentially a super display of teenage narcissism, but if there are remnants here of genuine idealism and childhood innocence, and I think there are, we will do even more rightly to consider what it would mean if this were lost.

If I were to venture an unqualified criticism of the film, it would be this – SPOILER ALERT – that nobody we care about dies. Yes, there are the aforementioned, albeit abstract, civilian death stats. Yes, there is the mother of one such casualty who accosts Tony Stark at an elevator and puts a human face on the news report. But the superheroes – sorry, enhanced persons! – in whom we are emotionally invested have yet to develop a vulnerability which allows them to pay the highest price for what they believe. It is this more than anything that precludes their super antics from the attaining the sublimity of humble adulthood, and may also be the reason, with what must be recognised as an increasingly impressive self-critique, they have adopted a humbler name.