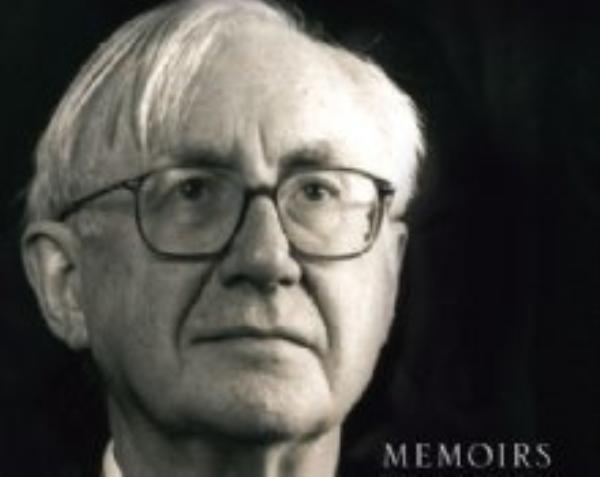 There are many reasons why readers of this autobiography of the peer and former Editor of The Times, William Rees-Mogg might have reached for its cover from the bookseller’s shelves. To learn of the rise of a significant figure in British journalism and a leading light in the world of the ‘creative’ English Establishment; to gain an insight into the life of an editor under Rupert Murdoch during a period when News International was under intense political and trade union pressure; out of an interest in the background of a rising star of the Tory Right, namely the author’s son, Jacob Rees-Mogg MP; or perhaps because of an affection for Somerset, where the Moggs and Rees-Moggs have lived for centuries. For any and all of these curiosities, the book is worth buying.

William Rees-Mogg was sent to Charterhouse, just as his father had been. Like his father, he valued the education he received while never quite enjoying his time there; unlike his father, that sense of discontent was perhaps compounded by having been rejected by Eton (for being a Catholic, as he discovered later). But despite that setback, his movement from public school to Oxford was straightforward. Here he forms friendships – notably with fellow Catholic, Shirley Williams– that endure a lifetime and experiences a rather typical, upper-middle class encounter with Oxford’s opportunities as presented at the Union Society, Balliol and the student newspapers.

It was Williams’ profile of the young Rees-Mogg, written for one of those newspapers, that led to him being head-hunted by the Financial Times. For Rees-Mogg, the FT was like a ‘university extension course’ where he could deepen and broaden his experience. From here he made his way to the Thomson Group’s Sunday Times and then to the editorship of The Times under Murdoch. His description of how trade union branch leaders within The Times’ ranks wrested control of decision-making both from local management and from their national trade union leadership, is one of the most interesting parts of the book. While national union leaders sought to broker a deal for reform locally that reflected the introduction of new technologies nationally, the local union leadership instead led hundreds into oblivion by seeking to maintain an indefensible status quo.

However, even here Rees-Mogg describes all that passed before him with a kind of ethereal semi-detachment. This approach gives the impression of his floating above the action rather than being engrossed in it. As such, Rees-Mogg’s prose contrasts strongly with the memoirs of his contemporary, Harold Evans, in whose words one can sense the hard work and even begin to imagine the smell of ink, paper and deals sought with unions over beer, sandwiches and back-slapping.

The ‘effortlessness’ adds simultaneously to the wealth and the limitations of the book. On the one hand, the reader passes through an impressive roll-call of great names, major issues and key political moments – Rees-Mogg describes, for example, his service as a governor of the BBC and as Chairman of the Arts Council smoothly but without much detail. However, more space is devoted to his unsuccessful sally into ownership of a very large country house and to his penchant for collecting books, despite him having been a close observer of so much immensely significant history. The danger here for the author is that he runs the risk of presenting himself as an aristocrat manqué as opposed to an editor and bibliophile of distinction.

The one thing that survives this approach is a clear and unbreakable bond of deep affection with his wife and family. Having said that, we never catch a sufficiently rich glimpse of the Rees-Moggs as a family to learn what might drive, inspire and inform the emerging political role of Rees-Mogg junior, the MP. From these pages, one might guess that family life involves a deeply held but peculiarly English form of Catholicism (more Downside than Derry) and a profound rootedness in Somerset’s landscape, combined with an instinctive assumption that the Rees-Moggs after William were born to be ‘at the centre of things’ and most especially alongside ‘great people’ gathered around Whitehall and Westminster.

For all of the book’s three hundred-plus pages, the reader might never be completely sure if any of their motivations for picking up this book have been satisfied. The great journalist, the county of Somerset, the life of Jacob Rees-Mogg and the role of Rupert Murdoch are all referred to without being elucidated adequately. In each case the prose tantalises, infuriates and leaves the reader looking for more.

Francis Davis is a columnist for The Catholic Times and the editor of a forthcoming book on Catholic Social Teaching in practice from Gracewing publishing.

Find this book on the Harper Collins web site

Republicans in the political wilderness