Skip to main content
Photo by Humphrey King at flickr.com 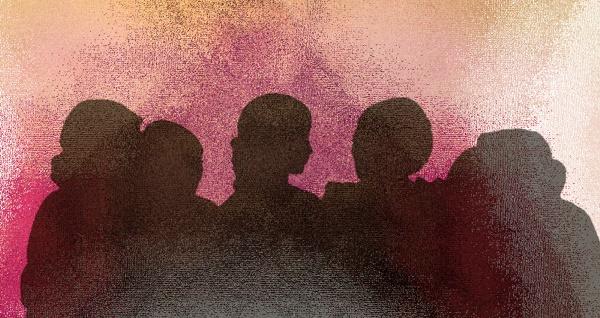 The ‘nuanced pastoral approach’ of Pope Francis’ Apostolic Exhortation ‘On Love in the Family’ has been widely welcomed, writes Gemma Simmonds CJ as she surveys the common ground that the document opens up between seemingly divergent positions. What does Amoris Laetitia contribute to the conversation between secular feminists and the Catholic Church, and how can this dialogue develop?

In a recent reflection on Amoris Laetitia for The Guardian, feminist journalist Laura Bates assesses Pope Francis’ feminist credentials. He does well, Bates says, in terms of challenging gender stereotypes and promoting women’s rights, strongly criticising domestic violence, female genital mutilation and the ‘commercialisation and exploitation’ of women’s bodies in the media. He also challenges the view that numerous modern problems have arisen as a result of female emancipation, presenting this as ‘false, untrue, a form of male chauvinism’ and welcoming an understanding of the equal dignity of men and women as making ‘old forms of discrimination disappear’ (Amoris Laetitia §54). The pope’s critique of the patriarchal culture in which many biblical passages subordinating women to men were written is also welcomed, as are his warnings against modern misinterpretations of such texts which appear to support any form of sexual submission. So far, so good.

Bates is less enthusiastic about the pope’s guarded view of some aspects of feminism while acknowledging as positive his recognition of the women’s movement as ‘the working of the Spirit for a clearer recognition of the dignity and rights of women’ (§54). She is particularly unhappy at the way in which Amoris Laetitia balances the ‘legitimate’ and ‘desirable’ wish of women to study, work and have personal goals against the need for women to fulfil their role as mothers, quoting with disapproval its assessment of ‘the weakening of this maternal presence with its feminine qualities [as posing] a grave risk to our world’ (§173).

It can’t be a real shock to anyone to find the pope continuing to advocate the right to life or to criticise the commodification of human sexuality in all its forms, nor can he be expected to view marriage as a temporary arrangement based on mutual taste or convenience, or to consider same-sex unions as intrinsically identical to marriage in the traditional sense. For Bates, the final nails in the coffin of Pope Francis’ potential feminism are his quotation of the biblical description of a wife being ‘a helper fit’ for a man (§12), his description of the importance of the male role within the family ‘with regard to the protection and support of their wives and children’ (§55), and his overall failure to support reproductive rights including contraception and abortion.

So here we are at the same old impasse that appears to make it impossible for feminists and the Catholic Church to have a sensible discussion about the role of women. But does the refusal to adopt a pro-choice stance rule out the possibility for any Catholic of identifying themselves as feminist? Are reproductive rights, in the end, what feminist credentials stand or fall by, and the ultimate litmus test for valuing the family?

There is no one, un-nuanced, catch-all definition of a feminist. For many secular feminists the ultimate criterion is the upholding of the bodily autonomy of women, and therefore the right to abortion. Clearly this is incompatible with the Catholic faith’s rooted belief in the sanctity of life. Yet Amoris Laetitia does appear to advocate the bodily autonomy of all human beings. It makes a strong case against any view or practice which appears to commodify anyone’s body for the pleasure or profit of another. In this sense there is something of a bridge between the two views. Nevertheless we reach the sticking point when there is not one body at stake but two, namely that of a woman and an unborn child, both of whom, argues the Church, have the right to life. There are other sticking points, too, in discussions on how relationships and self-identification in terms of gender and sexual orientation are negotiated. Nevertheless a closer look at the text suggests that there may be more common ground than at first appears.

This middle ground of negotiation between competing rights and needs provides the context of Amoris Laetitia’s attempt to offer guidelines to individuals and faith communities and leaders trying to make sense of the messy, complex and often contradictory reality in which families live. In many parts of the world women and girls have little or no access to the dignity and bodily autonomy advocated by Pope Francis and several of his predecessors. The reality is that, in a number of cultures and contexts, rape is frequently legitimised by and within marriage and goes unchallenged. It is not enough, in such circumstances, to preach the dignity of women and their bodies – this cannot protect them from regular bodily and psychological violation, enforced pregnancy and sexually transmitted disease. What, then, is to be done? Many faithful Catholics argue that at the very least it is a lesser evil to permit the prevention of conception and disease in such circumstances, and the whole approach of Amoris Laetitia suggests that these decisions cannot be imposed in a totalitarian sense from above but must be personally and pastorally discerned, within their context, by those primarily affected by the choice (§300). Equally, for other faithful Catholics the very structure of their family life differs radically from that of the idealised nuclear family so often quoted in church documents as the desired norm. Relationships can be broken and messy, ‘irregular’ in the canonical sense and yet they may represent a very genuine attempt to provide, within a complex and unorthodox context, the loving nurture and acceptance that is also advocated by church documents. Pope Francis decries a pastoral approach based on ‘stressing doctrinal, bioethical and moral issues, without encouraging openness to grace’ as a misplaced attempt to replace consciences rather than form them (§37). A Church ‘on the defensive, wasting pastoral energy on denouncing a decadent world without being proactive in proposing ways of finding true happiness’ does little for those seeking in the Church’s message on marriage and the family a clear reflection of ‘the preaching and attitudes of Jesus, who set forth a demanding ideal yet never failed to show compassion and closeness to the frailty of individuals’ (§38). Even the ‘wounded and troubled love’ shown in so-called irregular unions contains ‘constructive elements’ (§291-292), and Francis reiterates John Paul II’s ‘law of gradualness’ by which those ‘not in a position to understand, appreciate, or fully carry out the objective demands of the law’ exercise their freedom of conscience towards a gradual appropriation of the Church’s teaching as their capacity develops or their context changes (§295). This nuanced pastoral approach avoids ‘judgements which do not take into account the complexity of various situations’ while upholding the ideal as a framework in which such complexities are navigated (§296).

This general approach to the multiplicity of issues surrounding family life, sexuality and gender is welcome to women and men. While upholding the Holy Family as an ideal it urges on the part of the Church a healthy dose of self-criticism, recognising the oppressive burden imposed by a ‘far too abstract and (…) artificial theological ideal of marriage, far removed from the concrete situations and practical possibilities of real families’ which has not only ‘failed to inspire trust in God’s grace, (but) has not helped to make marriage more desirable and attractive’ (§36). It embraces important principles of contextualisation and inculturation, and acknowledges the damage caused to families by economic inequality, societal exclusion and ecological degeneration as much as by sexual aberrations. (§25-26)

So can Amoris Laetitia be embraced by feminists? The very notion of what constitute male and female roles and boundaries is widely contested ground today. In that sense the document strikes a more flexible and nuanced note than much of John Paul II’s teaching in this area, with its insistence on gender complementarity grounded in biological sex. While not joining those who consider gender to be a matter of social construct and cultural choice, Francis makes clear that many gendered roles are far more fluid than has traditionally appeared, and that in themselves ‘masculinity and femininity are not rigid categories’ (§286). Nevertheless we still find talk of a ‘feminine genius’ which baffles many women and frustrates Catholic feminists. It is intended as a compliment, but this idealisation is often used implicitly or explicitly as a way of keeping women in ‘caring’ and ‘nurturing’ roles that preclude their involvement in the leadership and decision-making roles so often reserved to men, presumably because of some equally nebulous and questionable ‘male genius’. While Pope Francis critiques the exclusion of women in leadership roles within the family, there remains a credibility gap for many women when they look at the family of the Church itself. Such talk of genius has to go, and with it the reservation of so much space in doctrinal and pastoral leadership to the exclusive voices, opinions and experience of men as being in some sense determinant and normative. In some circumstances around the world women do need to be protected from societal patriarchy, sexual dominance and violence. But women, once empowered, tend to be quite good at protecting themselves and one another. They aren’t holding out for a hero, but for the space and freedom to reach their own God-given potential. That, in time, will lead to the joy of love.

The renewal of theology as dialogue from within: part II