Skip to main content
Photo by Steve Rhodes at Flickr.com 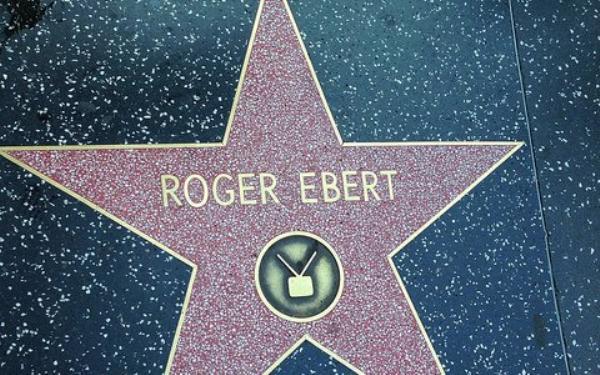 The much-loved American film critic, Roger Ebert, passed away last week after a long illness. Dermot Preston SJ, Provincial of British Jesuits, adds to the many tributes that have been paid to Ebert, praising his honesty and his insight when it came not only to films but to faith as well.

In the last millennium, back in the days when books-with-paper-pages were still the major source of information, I took an interest in big, chunky, A-to-Z film guides.

As a student chaplain I would occasionally use films as catechetical tools, so it was helpful to get some professional views on the films I was exploring. Thus second-hand copies of Halliwell’s Filmgoer’s Companion, Brewer’s Cinema, Macmillan International Film Encyclopaedia and (even) the idiosyncratic ‘Time-Out’ Review found their way to my shelves and were consulted.

One day in 1998 I was rooting around a remaindered bookshop in Rondebosch, deep in the shadow of Table Mountain and the University of Cape Town, when I came across yet another chunky film guide – new, but at a fraction of the marked retail price because it was a year old: the 1997 edition of Roger Ebert’s Video Companion.

Ebert’s name rang a distant bell. He was not very well known in Britain, and certainly not in South Africa, but I had fleetingly glimpsed him on the TV in the summers when Barry Norman was on holiday and the BBC filled up the cinema slot by syndicating the double-act of Roger Ebert & Gene Siskel’s weekly movie review from Chicago.

I had Halliwell’s, Brewer’s, Macmillan and (even) the idiosyncratic ‘Time-Out’, so did I need another film guide? I stood there flicking through the tome; I noted that Ebert was the first film critic ever to have won a Pulitzer Prize for his journalism. Hmmm...

How to judge a film guide? The simplest and best way is to look up your favourite film and see if the reviewer likes it. If they do, it is a good start; if they don’t, then their prejudices (being different from your prejudices) are only likely to annoy, so put it back on the shelf.

I checked the entry for Kirk Douglas’s 1960 epic, Spartacus.

‘Louis, I think this is the beginning of a beautiful friendship.’

The Video Companion was a wonderful book, and was far-and-away the best guide on my shelves – indeed one of the best books in my possession. Each review was a mini-essay; at times thoughtful, at other times funny, but at all times insightful and incisive.

Over the coming year, as sporadic bed-time reading, I made my way from page 1 (About Last Night with Rob Lowe and Demi Moore – 4 stars) through to Woodstock on page 900 (4 stars also), and then on to the appendix of extended film essays and interviews from 1996, finally grinding to a halt on the final page of the index on page 998. I know these details because I still have his book on my shelf here and now in London, 15 years out of date.

Ebert was born and brought up in Chicago, and (as I found out in one of his reviews) after an influential year on a rotary scholarship in apartheid Cape Town, in 1967 he found himself as a very young reviewer for the Chicago Sun-Times, the publication for which he worked until his death a few days ago at the age of 70.

But perhaps let me pause and let the man speak for himself: here is his 1990 review of Days of Thunder which evaluates the film itself, but also brilliantly sheds light on the entire early Tom Cruise canon:
http://rogerebert.suntimes.com/apps/pbcs.dll/article?AID=/19900627/REVIEWS/6270301/1023

Ebert loved the movies and the people who made movies. He saw that a good movie could make the world a better place, and his writings have the ability to nurture the reader by opening up the broader horizons that he sees. Some obituaries will emphasise the bon mots that he could send zinging in the direction of a poor film, but it should be remembered that Ebert was a not a film reviewer who traditionally sharpened his quill to eviscerate a production in an attempt to build a reputation. His grasp of the English language was so good and his hopes for the art were so high that when he spotted shoddiness, he named it and nailed it with precision: look at this classic review of Rob Reiner’s film North:
http://rogerebert.suntimes.com/apps/pbcs.dll/article?AID=/19940722/REVIEWS/407220302/1023

In 2002 Ebert began treatment for the cancer that was eventually to kill him. At first he continued working in the midst of treatment, but when in 2006 he entered hospital for what was thought to be a routine operation, in fact the surgeons had to remove the whole of his lower jaw, and so he lost the power of speech and the ability to eat and drink normally. A few years ago he presented, with his wife, as part of the TED series, a moving account of his pilgrim road since the operation:
http://www.ted.com/talks/roger_ebert_remaking_my_voice.html

Perhaps less well-known is Ebert’s Roman Catholic background. I had always pondered about his very spiritual approach to some topics, but it wasn’t until recent years that he began blogging explicitly on his life and background, and it provoked a series of discussions with his readers about ‘things religious’:
http://blogs.suntimes.com/ebert/2013/03/how_i_am_a_roman_catholic.html

Politically a democrat, he saw his personal moral code as ‘lock, stock and barrel’ Catholic, but with one small proviso... he wasn’t sure about the existence of God! At first glance this might seem rather strange, but in typical Ebert fashion he was wanting to be very careful in the use of words to define the limits of his understanding, and not glibly cloak himself in an articulation of faith which he didn’t feel fitted with his own experience or reflections.

I write this on the Second Sunday of Easter where the gospel is from John 20, where St Thomas refuses to follow the herd instinct among the disciples and places his doubts honestly on the table for all to see: the white-haired film-reviewer from Chicago would nod sagely at this and resonate with this nuancing. As the titles roll down on this man’s life, let us perhaps say a prayer that the Ebertian encounter with the Risen Lord will be one where, with a new voice, he too will be able to declare: ‘My Lord and my God.’