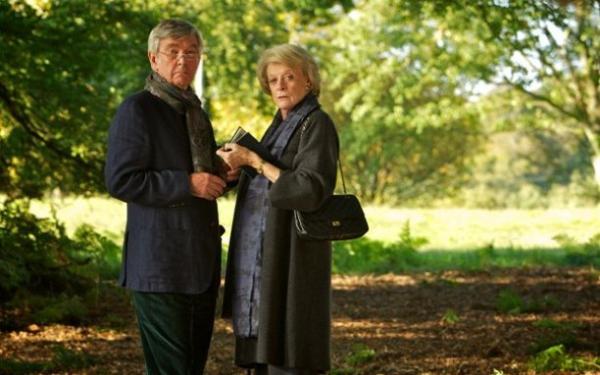 Quentin de la Bédoyère has chosen Dustin Hoffman’s directorial debut, Quartet, as the ideal film through which to explore the next of our ‘Virtues on Film’: caritas. This tale of four retired opera singers demonstrates that love is at the core not only of marriage and friendship, but also of music.

‘Her sins, which are many, have been forgiven, for she loved much’ (Lk 7:47) reminds us that love is not only to be found in the highways to heaven but also among publicans and sinners. And in the human condition it is rarely, perhaps never, pure. But, despite the mixture of our motives, the presence of the least element of disinterested love signifies the presence of God. Ubi caritas ibi Deus.

Having been brought up in an atmosphere where ‘outside the Church there is no salvation’ meant what it said, I find this thought valuable to remember. God’s presence cannot be fettered by our ‘dog in a manger’ need to maintain a monopoly on grace. The film Quartet, directed by Dustin Hoffman, offers an opportunity to explore the manifestation of love in different circumstances.

Quartet takes place in Beecham House, a home for retired musicians. The ‘quartet’ in question is Bella figlia dell’amore from Rigoletto, which, it is decided, must be the climax of the gala charity performance so important to the finances of the home.

Central to the plot is the arrival at the home of Jean Horton (Maggie Smith), a distinguished and haughty diva down on her luck. There she finds Reg Paget (Tom Courtenay), her divorced husband. Reg has carried his bitterness at her betrayal like a stone in his heart, and the peace he has regained is shattered by her appearance. Must he leave, or can he survive in the same house as his wife?

The first element of love lies in the setting. The elderly musicians have many bonds; the first thing that they share is old age. It may be that they did things differently in the past, but we certainly do things differently in old age. Here, the past is always the present, carried like a calling card. The conversation rambles and the natural inhibition which controls eccentricity relaxes much as aged sphincters do. We can remember the vivid detail of forty years ago, even if we cannot bring to mind whether or not we have had breakfast. And our identity is displayed not for what we are, but for what we were.

In a home for retired performers, all of this is exaggerated. Show business is an exotic world of distilled emotion – insane, tragic, triumphant, frustrating, demanding, but all made worthwhile by that moment when the curtain pulls back or the conductor lifts his baton, the audience hushes, and for a moment or for an hour you come to life again. Those who share such past memories, mercifully edited by time, have a bond of fellow-love – a deep-laid interdependence which continues to join them, without stifling the petty jealousies and conceits which continue to provide a welcome element of drama.

And they share a love of music and making music. Is it possible to understand this in terms of caritas? Most certainly. For many people the transcendence of art is the only anteroom to the spiritual they know. For all of us, the beauty of music can be a metaphor for the glory of God. Throughout the film the making of music is a constant theme, presented in its most immediate form by an elderly Gwyneth Jones, of fond memory, singing Vissi d’arte in the gala concert.

The social bonding of the group is signified particularly by Wilf (Billy Connolly) and Cissie (Pauline Collins). Wilf is a man of considerable, and randy, humour. The attractive Dr Cogan (Sheridan Smith) is the most prominent target of his ‘nudge, nudge, wink, wink’ attentions but, as we – and he – expect, no-one takes up his invitations. Meanwhile he keeps everyone amused and cheerful. Cissie is a lovely character, uncritically open, warm and loving to everyone, yet stalked by the shadow of encroaching dementia.

I am tempted to say that the film needs no storyline, that it is just inspiring entertainment, but a plot emerges. Jean, Reg, Cissie and Wilf had, in their time, sung a distinguished Bella figlia. It was obvious that to conclude the gala concert, given for their charitable donors, with such celebrated figures would draw a large and generous crowd, and support for Beecham House would continue. The problem lay in the fact that the Duke and Gilda – that is, Reg and Jean – are not speaking to each other, let alone singing together.

Tom Courtenay makes a remarkable Reg. Beecham House had been a retreat for him where the memories of his wife’s treachery, so much deeper than mere adultery, might sleep – until he realises the nightmare invasion of his torturer. But he shows us two faces: one is his numbed pride; the other is a delicious episode where he is explaining, in a talk to the local youth, how opera merges narrative and emotion in its span. He is able to accept with grateful understanding a demonstration from the young of how rap achieves the same dynamic. To be open to a new way of looking at something to which one has devoted one’s life shows both a love of respect and a love of truth.

Jean can match that. Yes, she is haughty, and yes, she is contemptuous, but in the end she is able to realise the depth of hurt she has caused Reg through behaviour to which she attached little importance at the time. And when Cissie, at a moment of crisis, retreats into dementia, it is Jean’s capacity to surrender her amour propre in order to descend into the depth with Cissie and to lead her out, which reveals the real person behind the mask. With one bound, Jean is free.

In fact we learn little of the detail of Reg and Jean’s marriage, and yet I felt – perhaps because I wanted to feel – that the stone in Reg’s heart was the gauge of the marriage bond which he could not deny; and that, perhaps belatedly, Jean saw this too. It is a profound realisation that the identity of a marriage reaches beyond the will of its participants. But the last and best note of their love was their forgiveness, always a gift of the divine, ushering in, we may suppose, their last, happy, years together.

As one would expect, the film finished with the Rigoletto quartet. If you are wondering how they managed that with four elderly actors, none of whom, to my knowledge, were able to sing a note, you must watch the film and find out.

Will you enjoy this as much as my wife and I did? I think so, but it is hard for me to know. It was under the aegis of show business that, six decades before, we met and loved and plighted our troth. So, within a moment or two, she and I were swept naturally into the atmosphere of benevolence that Beecham House displayed. These were our people, and at the end both our handkerchiefs were satisfactorily damp.

Quentin de la Bédoyère is Science Editor for the Catholic Herald and author of Autonomy and Obedience in the Catholic Church (T&T Clark, 2002). His personal website can be found at: http://www.quentindelabedoyere.com/.

Justice in A Royal Affair by Nathan Koblintz

Hope in Life is Beautiful by Frances Murphy