Skip to main content
Photo by Robert Hruzek at flickr.com 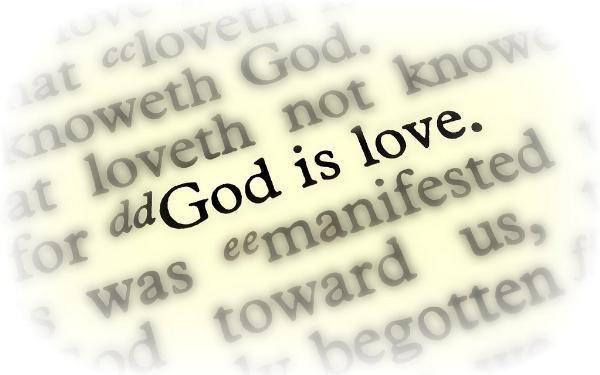 On the thirtieth anniversary of Pope John Paul II’s letter ‘on the role of the Christian Family in the Modern World’, Michael Campbell-Johnston SJ reflects on the understanding of love offered in Familiaris Consortio. Love is ‘the fundamental and innate vocation of every human being.’

The older we get, the more we realise that things are often not what they appear to be on the surface. This is abundantly true of human beings for, as the psychologist William James put it, ‘whenever two people meet, there are really six people present. There is each man as he sees himself, each man as the other person sees him, and each man as he really is.’ This is also true of the physical world where appearances often conceal deeper and even contradictory realities. You might, for example, think you are standing or sitting still whereas in fact you are hurtling through space at astronomical speeds. The earth is travelling at 67,000 mph in its orbit round the sun which takes a year to complete and covers a distance of over 580 million miles. And the sun with all its planets is travelling at 486,000 mph round the Milky Way Galaxy which is so huge that it will take 226 million years to complete a full orbit at a distance of 156,000 trillion miles from its centre. Finally there are an estimated 170 billion galaxies in the observable universe, ranging from dwarfs with 10 million stars to giants with 100 trillion stars, all racing away from each other as the universe expands at speeds approaching that of light.

One of the consequences of this is that we should never be hasty in judging either things or people. The opinions we form need to be continually tested and retested against an ever-changing reality. This means we should not allow ourselves to be led just by our senses or feelings. Another consequence is that there can be no way of specifying absolute positions in space. The same is true of time which ticks at different rates depending on how we are moving relative to someone or something else. Einstein’s genius was to understand that the notion of absolute space or time was meaningless and to merge them both in a single four-dimensional entity he called ‘space-time’ in which everything moves at the speed of light. It is within this reality that energy is converted into mass and mass into energy, thus forming the universe.

Though difficult to comprehend, considerations such as these affect our image of God whose creative power formed such a universe. But this should not make God unintelligible. Though as limited human beings we cannot expect fully to understand the divine nature, we not only have the definition given to Moses in the Book of Exodus – ‘I am who am’ – which leaves us with a God who is mysterious and unapproachable; but St John, in his first letter, gives us another definition which defines God: ‘God is love’. This is why the dogma of the Holy Trinity is so important. The very essence of God’s nature is not a mystery of isolation or individualism but of sharing, of mutual outpouring, of giving and receiving. The exchange of love between Father and Son is what Jesus called the Holy Spirit, the spirit of love. And it is because of this love that you, me and everything else in the universe exists. We were created by love in order to love. Our whole purpose in life is to learn what love is or, better put, to learn how to love. This is why we are in the world, and if we miss out on this, whatever else we might learn, whatever else we might do or achieve, we have missed out on the most important thing of all. This is what Jesus described to Martha as ‘one thing’ necessary. (Luke 10:42)

This is explained very clearly by Pope John Paul II in Familiaris Consortio, a letter he wrote to families.

God created man in his own image and likeness: calling him to existence through love. He called him at the same time for love. God is love and in himself He lives a mystery of personal loving communion. Creating the human race in his own image and continually keeping it in being, God inscribed in the humanity of man and woman the vocation, and thus the capacity and responsibility, of love and communion. Love is therefore the fundamental and innate vocation of every human being. (Familiaris Consortio, §11)

The great Jesuit palaeontologist Teilhard de Chardin also saw this very clearly and declared that love is the fundamental law of the universe, the prime and indispensable motor of its progress.

Love has always been carefully eliminated from the realist and positivist concepts of the world, but sooner or later we will have to acknowledge that it is the fundamental impulse of life or, if you prefer, the one natural medium in which the rising course of evolution can proceed. With love omitted, there is truly nothing ahead of us except the forbidding prospect of standardisation and enslavement; the doom of ants and termites. It is through love and within love that we must look for the deepening of our deepest self, in the life-giving coming together of humankind.

There is however a fly in the ointment. God’s love consists in a total gift of self and we can only share in this, which is the purpose of our existence, when we too are able to give ourselves totally. Yet we are all born with a love that is profoundly selfish, turned in on self. And it is no easy task to rid ourselves of the selfishness or egoism we all have. In fact the whole of our life can be considered as a long gradual struggle to achieve a love that is ever more selfless, more geared towards the other. And we find this a difficult task in spite of the fact that the more we give and go out to others, the more we ourselves receive and the richer our life becomes. As Jesus taught, if we die to ourselves, we become alive in others and in God. ‘Those who try to make their life secure will lose it, but those who lose their life will keep it.’ (Luke 17:33)

Union with God, which constitutes the bliss of heaven, involves a total going out of oneself which is the meaning of the word ecstasy (ek-stasis in Greek). Pope Benedict XVI explains this well in his first encyclical whose title is Deus Caritas Est - ‘God is love’:

Love is indeed ‘ecstasy’, not in the sense of a moment of intoxication, but rather as a journey, an ongoing exodus out of the closed inward-looking self towards its liberation through self-giving, and thus towards authentic self-discovery and indeed the discovery of God. (Deus Caritas Est, §6)

Fr Michael Campbell-Johnston SJ is former Provincial of the British Jesuits. He is now a member of the Jesuit community at Farm Street, Central London.