Skip to main content
Photo by Jon Candy at flickr.com 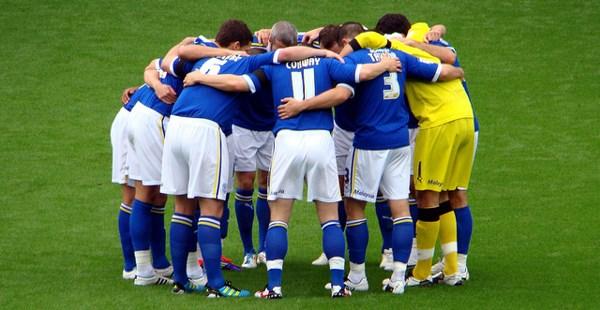 Football fever is about to reach its peak, as France take on Croatia in Sunday’s 2018 FIFA World Cup final. The power of sport to inspire or corrupt, unite or divide, has been recognised in a recent Vatican document, in which church teaching is applied to the ‘spectrum of possibilities that come into play in the context of the contemporary reality of sports.’ Tim Byron SJ surveys the document and asks what kind of impact it might have.

After the fractious Brexit referendum and a very divisive General Election, the achievements of the England football team in the 2018 FIFA World Cup brought a welcome sense of national unity. Stoking memories of the London 2012 Olympics, the team’s journey has been an example of how sport can be a vehicle for powerful experiences of shared identity.

Acknowledging this power of sport at a local and a global level, two weeks prior to the beginning of the World Cup the Vatican published a 32-page document called Giving the Best of Yourself. Released by the recently formed Dicastery for Laity, Family and Life and running to almost 20,000 words, the document offers an extended reflection ‘On the Christian perspective on sport and the human person’. The first three of five chapters underline in detail why the Church is interested in sport, exploring it as a modern global phenomenon, and describe how sport can develop the virtues of those who practise it. The final two chapters then survey some of the challenges that arise in modern sport and finally look at how the Church can and does engage with sport all over the world, offering guidelines for pastoral ministry in this area.

Part of Pope Francis’ vision for renewal of the Church has been to turn it to face the common concerns of humanity, creating a ‘culture of encounter’. The desire was that this turning outwards would mean building bridges between the Catholic community and the wider world to help the Church influence public policies and debates. The timing of this document to coincide with the World Cup is a fantastic opportunity for such engagement.

In 2010, when FIFA controversially awarded Russia the hosting of the 2018 World Cup, after a discredited selection process, there was an international outcry. Since then widespread corruption in FIFA has been exposed and investigated, with criminal investigations in the United States, Switzerland and elsewhere, and there has been some success in efforts to reform FIFA under its new president, Gianni Infantino. Nevertheless, it is widely acknowledged that hosting the World Cup offers formidable ‘soft power’: the four-week long tournament grabs and holds the attention of a huge number of people around the planet. It attracts a global television audience that beats the Olympics, and stokes national passions and rivalries with an intensity that is unmatched. In the recent shock victory of Mexico over Germany, the celebrations were so intense in Mexico City that they registered on their earthquake sensors. However, since Russia was awarded the tournament there has been widespread unease about the ‘reputation laundering’ that it offers to Vladimir Putin. In the light of sanctions there has been a conspicuous absence of major Western commercial sponsors, who have quickly been replaced by Chinese companies. As the tournament comes to its conclusion, its widespread popularity is a testament to its resilience and ability to weather geopolitical storms.

Given the immense popularity and potential for influence of such sporting events, then, and the ‘spectrum of possibilities that come into play in the context of the contemporary reality of sports’, there is plenty of scope for the Church to comment on the way in which sport enhances or hinders human development. It does so in the fourth and strongest chapter of Giving the Best of Yourself, which looks at how global sport is developing and reflects on ‘challenges in light of the Gospel’. Having previously acknowledged the power and potential for good in sport, at this point the document looks at ways in which sport can be used to undermine human dignity. The first of these is the pressure to succeed at all costs, and the lengths to which professional sportsmen and women will go to win. Of particular concern is the risk of debasing the body in this relentless pursuit: the danger of long-term damage sustained in the quest for medals, records, scholarships, lucrative advertising contracts and wealth is considerable. Particularly at risk are children who are under parental pressure to succeed and are forced to undergo intensive training whilst their bodies are still developing. The scourge of doping, be it at individual, team or national level, is also scrutinised. Curiously, however, it is only discussed as a physical or mechanical phenomenon, not a moral one. The third challenge highlighted is corruption, which ‘can ruin sport’. Beyond a single sporting event, corruption can also spread to sporting policies, and the increasing influence of betting markets with regard to bribery and match-fixing are mentioned. Fourthly, fans and their potential to behave violently is addressed. As well as the many positive ways that sport brings people together, the document acknowledges how a sports event can be used to spread racism or extremist ideologies.

The discussion of these issues is important but brief compared to the earlier chapters, which caused me to question who the document is aimed at. A lot of time is spent justifying the Church’s engagement with sport, establishing its credentials either historically or philosophically, which feels like a discussion ad intra, answering internal critics who would be asking, ‘why is the church bothering itself with sport?’ By the time the document offers the ad extra discussion of its later chapters, a lot of the force has been lost. A positive and carefully set out vision of sport runs the risk of being proclaimed into a vacuum if the Church does not grab the attention of those primarily involved in the world of sport. The wealth of Catholic Social Teaching and the Catholic emphasis on the dignity of the human person could offer a much needed and comprehensive critique of some of the deviations that are creeping into sport if delivered more boldly and clearly.

Giving the Best of Yourself references and sees itself as contributing to Pope Benedict XVI’s vision of a ‘Courtyard of the Gentiles’, a place for the Church to engage with the non-Catholic world. The courtyard was a place for people who were coming to the Temple and who, while they were excluded from entering its inner reaches, clearly wished to interact with the Temple culture. But it is not really clear who this document is trying to engage: is it aimed at sportspeople, professional or otherwise; or is it offered as a reflection to help chaplains and those who are pastorally engaged already in the world of sport? And how widely read will it be by either of those groups? Apart from the initial press conference (in Italian) for the launch of this document, there has been very little coverage of it in the secular, international press, in spite of growing ‘World Cup fever’, which issues a challenge to the way in which the Church communicates. The ‘Latin style’ of Vatican texts, with abstract and long discussions about the motives and purpose of the document and wordy references and credentials, clashes with the much more direct style of modern and especially social media, which means this document may not get the wide audience it deserves. Perhaps lessons could be learned from the way in which Laudato si’ engaged the scientific community.

Overall, it is a tentative step in the right direction, but a bit more apostolic courage or parrhesia, as Francis often appeals to, would be helpful. A Church with an Argentinian pope, a non-European voice, could have something very interesting to say about the effect of globalisation on the World Cup. This tournament has latterly become a European Championship with Belgium, France, England and Croatia progressing to the semi-finals. No African or Asian teams, with the exception of Japan, emerged from the group stages. No South American teams made it past the quarter-finals. In recent years, there has been a huge shift of players, money and ideas to Europe. The English and Spanish leagues have inflated the prices and wages of players such that other clubs are forced to sell. As big money starts to flow into the Chinese league and North America, this may change again. With a bit more parrhesia the Church could be a very valuable commentator on this. Perhaps this document offers a helpful first step.

Tim Byron SJ is a member of the parish team at St Ignatius, Stamford Hill.