Skip to main content
Photo by Per Ola Wiberg (Powi) at flickr.com 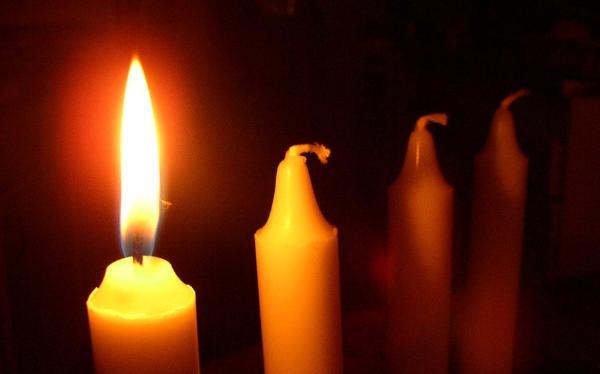 As we enter the season of Advent, we begin to contemplate how we respond in our daily lives to God’s gift of himself to the world. How, why and what do we give? Sarah Broscombe offers a meditation from the Guyanese context on how the Incarnation challenges us to live in our world with a more thoughtful generosity.

In the Meditation on the Incarnation, which comes early in the Second Week of St Ignatius’s Spiritual Exercises, the Trinity looks down upon the world and sees it in all its glory and filth. I am invited to sit with the three persons; first to see, second to hear, and third to observe the contrast between human actions and the actions of God. And, miracle of miracles, the Trinity determines that Jesus will enter into the organic life of the world.

So Jesus comes among us. The mind stretches and creaks as it tries to absorb this picture: a baby in the cowfeed. The Almighty crying for milk. To each of us the nature of this amazement will be different, depending not least upon what we ourselves struggle to give up. How could the glorious one accept such indignity? How could the safe choose vulnerability? How could the strong embrace feebleness with such grace? How can God be so utterly unselfish? Absorbing the Incarnation means facing our own skewed ideas of godliness. It shows us where we equate dignity with pride, or glory with rank, or worth with recognition. Here is an interesting litmus test. How do I feel when God makes Godself look ridiculous? The father kilting up his clothes and running down the road to greet his greedy brat is not a dignified figure. Do I cringe? Can I rejoice as I embrace the ingrate, the ‘bad guy’, the one who had all the fun to the detriment of all his responsibilities?

As we meditate on Advent, the humility of God holds the mirror up to us. If Christ gives up his honour, his dignity, his omniscient view, and immerses himself in the mess of this world, what are the implications for me? Because surely if Christ is incarnate in the world, we are called to imitate him by being incarnated too. And what is incarnation? In the Spiritual Exercises, it seems to me to be first an act of giving up – Christ leaving the heavenly kingdom to become man; second, an act of giving to – Jesus giving himself as a gift to the world; and third, an act of giving for – working the redemption of humans from eternal death.

As a development worker with the Jesuits in a large Amerindian village in the Guyanese interior, people often assume that I must be ‘successfully’ incarnating myself in the world, in solidarity with people in poverty. But the Meditation on the Incarnation focuses us not just on what is done, but on why and how it is done.

We are at risk in mission settings of maintaining our privilege, according ourselves a different status from those around us, being in the developing world but not of it. But Jesus did not do this. The Incarnation shows us ourselves in God’s eyes: we are the poor, the corrupt, the hapless he chose to live with. He lived like us. He did not retain his heavenly jeep or his heavenly rank. ‘A carpenter? From Nazareth?’, they sneered.

The Incarnation speaks into the tender and the selfish parts of each of us. To those working in justice or development, or in the missions, we need to meditate on the dignity that Jesus accords by dwelling with us. How are we conferring this dignity in all that we do? If we think that the ‘giving up’ is enough, we will wear our religious or NGO status like a badge that authenticates our worth and our commitment to the poor, whilst remaining self-absorbed and therefore self-serving. We will meditate upon our own sacrifices, forgetting how paltry they are in the context of the Incarnation, forgetting how protected we are by God’s generosity.

If we concentrate only on ‘giving to’, we justify all our activities and interventions by our beneficence. However, as we meditate on the Incarnation, and our vision becomes infused in the imagination with God’s eyes looking at the world, it becomes increasingly clear to us that we are not the benefactors here. This gives us the respect to recognise that good intentions are not enough, to know that we may need to initiate a lot less and listen a lot more to the exact and particular needs of these people we have been placed amongst by God. In Aishalton, often we receive boxes of donations: t-shirts with holes, worn out, frayed trousers, branded but unwanted gifts, care packages issued in bulk by the Mormon church and ‘re-donated’ to us. The kind of ‘giving to’ that harms the fragile dignity of the receiver has nothing in common with the way in which God gives to us in the Incarnation. Let us not fool ourselves with cheap generosity.

If our chief concern is ‘giving for’ the poor, oppressed or otherwise needy groups we work with, we can become intolerant of causes other than our own. Our righteous indignation can fuel a rather ugly ‘worthy monomania’ which causes ears and hearts to shut to the (much more nuanced and varied) voices of those who are poor or suffering. Compassion fatigue is rarely a response to the first-hand reality of these people. It is usually a response to the Poverty Expert. Incarnational ‘giving for’ is reflective; it examines itself and keeps the focus wholly on the heart of the matter in question.

In the Gospels we find several metaphors that help us to keep this balance in a humble spirit. Perhaps the call to be salt and light is a call to Christians to imitate the Incarnation: to let go of their safety, their status and their privilege and welcome the damaged world around them as Jesus welcomes us, damaged as we are. Holding all three kinds of giving together allows us to remain humble because we know what we are giving for, and therefore see our givingup as a redressing of the balance, not a heroic sacrifice. This allows us to give to people freely what we have, knowing that our own inadequacies are safe in God’s hands. Because it is God who is the gift, not us.

The Incarnation calls all of us, whatever our situation, to leave aside our selfishness and dignity to engage with what is damaged around us. For what can be ‘beneath us’, if Jesus becomes a baby? What indignity could be meted out to us that could compare with the gulf he crosses? God uses the Incarnation, his own giving up, to beautify and dignify our world. How am I being called to give up something of my privilege to be more fully incarnated in my own current setting? How is God inviting me to give myself more to the people or the situation in which he has placed me? And can I consider more deeply for whom or for what I am giving gifts? This time of Advent and Christmas gives us the opportunity to ponder on how we can incarnate his love more humbly, and with deeper generosity, so that it lights our personal world with a glory or a glow or merely a glimpse that points people to the incarnate God.

Sarah Broscombe is a development worker with the Society of Jesus in the Guyanese interior.

Four weeks to Christmas: people and places in the scriptures