Skip to main content
Photo by Bird Eye at flickr.com 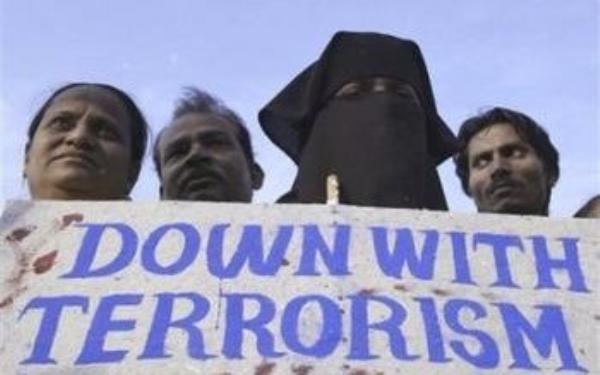 Walter Fernandes SJ describes the reaction to the terror attacks on Mumbai last month, and examines the impact of the attacks on a national and international level.  To what extent have the attacks fuelled religious and class tensions in India?

The Class Colour and Mumbai

Four weeks before the Mumbai terrorist attacks, Assam in North Eastern India suffered equally well-organised bomb blasts. Thirteen bombs exploded in five districts in a matter of forty minutes. These attacks that were planned with precision became national news for a day or two but were then ignored. The Mumbai attacks, on the contrary, continue to take up most of the time of the television networks more than a week later. That is not surprising, as Mumbai is the commercial capital of India; the attacks on the city can be interpreted as attacks on India’s economy.

The reporting of the Mumbai attacks had a strong class bias. The terrorist attacks began with the killing of 57 people at the Chatrapati Shivaji Terminus (CST), formerly Victoria Terminus, of the city railway network. However, in all of the reporting this station came to be remembered as the place where the only surviving terrorist was captured alive. The 57 fatalities became a footnote. Attention shifted to the five-star Hotel Taj Mahal. It is a landmark no doubt, but not as important as the CST which is used by hundreds of thousands of commuters everyday. The Taj Mahal is the “second home” of the upper class, the elite, in a city which looks to have been attacked because of its commercial importance. The focus of the reporting was on the Taj Mahal, which was presented as the icon of Mumbai; the CST – the icon of the common person – was all but ignored.

The Role of Religion

In all probability the terrorists were trained on Pakistani soil. They were probably Muslims though some doubt it. Nothing more is known about them or about those who planned the attacks. The fact that the terrorists tried to isolate American and British occupants of the five-star hotel, and Israelis in a neighbouring residential building, indicates that the attack is probably linked to the war in Afghanistan and Iraq and to the failure to solve the Palestine issue. However, these causes are all but ignored in the effort to focus only on the religion of those who carried out the attacks. They are presented as Islamic terrorists, thus blaming a whole religious community for the misdeeds of a few members who might even have been doing someone else’s bidding. From the near certainty that they were trained on Pakistani soil, a case is being made out that the Pakistani government is involved in this attack. There are, therefore, demands to attack Pakistan.

It is not different from what happened after 9/11 in New York.  This attack was used to create an anti-Muslim hysteria the world over and to present Islam as a religion of terror. The same has happened in India. Mumbai witnessed serial blasts in March 1993 in reaction to the demolition of a mosque, Babri Masjid in North India, on the unproved assumption that it was built on the foundation of a temple that was said to be the birthplace of the Hindu god and hero Rama.  These blasts were blamed on Muslims. When a train caught fire in Gujarat in February 2002, it was concluded that Muslims had burnt it. Thousands of Muslims were killed in that state during the subsequent month. Other bomb blasts too have been attributed to Muslims.

In all of these cases the media, as well as political leaders, try to implicate Pakistan as the source of terror and declare Muslims its perpetrators. After the Mumbai attacks there are demands for India to bomb the terrorist camps in Pakistan. Very few ask whether the Pakistani government has control over the groups carrying out the attacks. Ignored is the fact that Pakistan is as much a victim of the attacks as India. Besides, the Pakistani foreign minister was in India when Mumbai was attacked – one would not expect a country to stage such attacks during the visit of a dignitary. However, a war hysteria and anti-Muslim emotional outbursts have been engineered, exactly as was done after 9/11.

The similarities have led some commentators to ask whether the attacks were a US-Israeli conspiracy to provide a pretext for India to bomb Northwest Pakistan, on the Afghan border where most attacks on NATO troops in Afghanistan are said to be originating. However, this is mere speculation and cannot be continued. In fact, there are indications that Condoleeza Rice threw cold water on the demands for a war. At this stage, one can only say that the attacks go beyond Indo-Pak relations and belong to a bigger canvas. Whether Al-Qaeda was involved or not, the links of the Mumbai event with what Muslim fundamentalists consider attacks on their identity and self-respect are clear. At the international level these attacks include the Iraq and Afghan wars and the Palestinian issue. Such fundamentalists also feel, rightly or wrongly, that by signing a nuclear treaty with the USA at this juncture, India has taken sides against Muslim countries, particularly Iran with whom India are negotiating an agreement about an oil pipeline, but with opposition from the USA.

At the national level the issue is a growing fundamentalism, which is in fact Fascism. The destruction of the Babri Masjid on 6th December 1992 by Hindu fundamentalists was a turning point in Hindu-Muslim relations. Ever since then the minorities in general and Muslims in particular have felt threatened. The Mumbai serial blasts of March 1993 that killed more than 300 persons were its direct result. Since then there have been attacks on Christians in Gujarat in 1998, and in Orissa in Eastern India and Karnataka in south India in 2008, and others elsewhere. All of them are states ruled by the Hindu fundamentalist party either by itself or in coalition with others.

It was assumed until now that all of the bomb blasts mentioned above and many more were the handiwork of Muslim extremists. This assumption was used as propaganda against this religious group. However, even in the past there was a strong suspicion among some analysts that at least some of the blasts were by Hindu extremists. The arrest of some Hindu extremists in recent months adds to this suspicion. The death in the Mumbai attacks of all three senior police officers inquiring into these blasts may slow down these inquiries, and has also added to the rumours and conspiracy theories of the involvement of the Hindu extremists in the Mumbai blasts. The Hindu extremist party supports a US-Israel-India coalition under Huntington’s theory of the Clash of Civilisations and the need for the “Christian-Zionist-Hindu” civilisations to join hands against the “Islamic civilisation”.

Thus, rumours abound regarding the perpetrators of the attacks. Of great importance and danger are the links being created with one or other religion. One hears people speaking about “Islamic”, “Hindu” and other “religious” terrorists. The extremists do not represent their community, yet their crimes are attributed to the whole religious group. All of its members are declared criminals by association. That approach is intrinsic to religious fundamentalism that divides the country on a religious basis.

Thus religion has become central to politics in India particularly during this year of elections that are being held in five states in November and December. Elections to the national parliament have to be held not later than April 2009. The Hindu religion-based fundamentalist opposition party is exploiting the Mumbai attacks with the hope of making electoral gains and it is bound to gain from it by taking an anti-Muslim and anti-Pakistani stand. Religion is thus being used both in internal and external politics. Pakistan is being presented as a Muslim terrorist state. The printed and electronic media in both the countries have gone overboard in attacking each other, though the two governments have taken a moderate stance.

Despite their moderation one cannot rule out a war between India and Pakistan, both of which are nuclear states. Demands are growing from the right in each country to attack the other. The voices of peace have become weak at this moment of emotional outburst against terrorism. That will also mean the intervention of foreign powers in the region. At this stage, the USA on the Indian side, and China with Pakistan have become direct partners in their foreign policy formulation. That interference is bad for the sub-continent because every country interferes in the affairs of another country for its own good.

Secularism is bound to suffer in both India and Pakistan, just when, after two decades of a religion-based fundamentalist upsurge, many voices supporting secularism and peace were coming together. A people-to-people coalition called the Pakistan-India Federation for Peace and Democracy which formed in 1995 with only around 100 persons from each side, was gaining in strength. Many others like groups of teachers, workers and retired defence officers have been formed on its model during the last decade. The conservative forces used to ridicule them and other supporters of peace as the “socialist-secular combine” and call them anti-national.

These voices of moderation are bound to suffer, as will the cultural exchanges between these countries that were functioning as links between the people. For example, a Pakistani classical singer who used to give concerts in India every year was to tour eight cities in December. He has been asked to cancel his tour. The peace talks with the Pakistani foreign minister who was in Delhi when the attacks began were also interrupted.

That is the challenge for India and Pakistan today. Whether there is war or not, at a time when Fascism is growing, the Mumbai attacks have added to the strength of the fundamentalist forces. They have been trying to build their strength on the “Shining India” slogan of India’s identity being linked to its military and economic strength. This “Shining India” is presented as a Hindu India that will save the people. The Mumbai attacks will now strengthen the Fascist forces that depend on religion.

For peace to return, that trend towards extremism has to be reversed both at the national and international levels. At the international level the myths that have been created since 9/11, in particular of “Islamic terrorism”, have to be done away with. At the national level the fight has to be against terrorism as such and not against “Islamic” “Hindu” or any other religion-based terrorism. Those who indulge in these acts have to be dealt with firmly but serious attempts have to be made to solve the problems that push the youth towards it.

The terrorism of gossip

The first English Jesuit in India: The remarkable story of Thomas Stephens SJ