Skip to main content
Photo by Tim Marshall on Unsplash 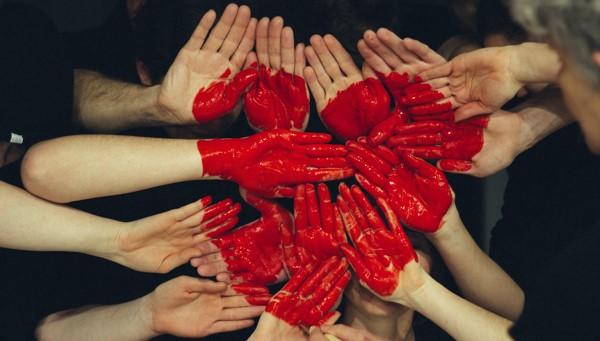 The Catholic Bishops’ Conference of England and Wales have dedicated 2020 to be a year of focus on the Bible and ‘The God Who Speaks’. The prologue from John’s Gospel is read on Christmas day and famously speaks about ‘the Word’, and so we will be using these weeks of Advent, which begin the Year of the Word, to prepare to hear John’s familiar text in a new way. How do the scriptures for the Sundays of Advent invite us to a deeper engagement with what John will tell us about ‘the Word’ on Christmas day? The readings for the second Sunday of Advent prompt us to consider the ways in which, through our relationships, we can participate in the life of God.

During the season of Advent, churchgoers will likely lose count of the number of times that they sing ‘O Come, O Come, Emmanuel’. That great hymn that gives musical form to the O Antiphons draws our voices and thoughts to the name that means ‘God is with us’, and the promise contained within that.

That preposition ‘with’, speaking as it does of the association between one thing and another, is so familiar that we rarely consider the myriad aspects of relationship and togetherness that it encompasses. When John’s Gospel announces to us on Christmas day that ‘the Word was with God’, that is a message rich with Trinitarian wonder and ripe for unpacking by theologians, philosophers, exegetes and many more. However, it is well worth us giving pause for a moment to consider that at the very beginning of all things and in their very essence, the Word was with God: there was relationship.

The readings for the second Sunday of Advent reveal a lot about relationship, using some striking imagery in the case of the first reading from Isaiah[1], who paints for us a picture in which the wolf and the lamb, the leopard and the kid, and several other adversaries discover each other anew in a spirit of friendship rather than hostility. While it is tempting to see Isaiah’s creatures as a cuddly illustration of the overcoming of animosity, this is no heart-warming children’s story, nor a fable. As Nicholas King SJ’s commentary on the passage observes: ‘these unlikely table-partners are intended to illustrate the new world that the Messianic king will introduce, where creation will once more reveal the harmony that God always intended.’[2]

Such language will no doubt chime loudly with anyone whose attention has been captured by Pope Francis’ 2015 encyclical, Laudato si’, and its rich vision of a deep communion between all living things. The document’s call to ‘care for our common home’ is not an anthropocentric argument for more considerate treatment of the environment in order that the natural world should serve the goal of human flourishing better and for longer. Every created thing shares in the dignity and wonder of what it means to be loved by God, and is connected by virtue of that. In the recognition, nurturing and proliferation of those connections, human beings participate in that picture of harmony that Isaiah paints.

The human person grows more, matures more and is sanctified more to the extent that he or she enters into relationships, going out from themselves to live in communion with God, with others and with all creatures. … Everything is interconnected, and this invites us to develop a spirituality of that global solidarity which flows from the mystery of the Trinity.[3]

Isaiah’s radical vision of a world in which togetherness triumphs over division, where points of connection are made in spite of differences, finds echoes in our second reading[4]. Harmony is also at the heart of the message that Paul wants to deliver to the Romans. Just as the harmony that Isaiah alluded to was something more challenging than a storybook utopia, so it is for Paul. It is the God of ‘endurance’ or ‘steadfastness’ whom Paul invokes as he longs for harmony among the Romans, a sure acknowledgement that he does not expect the coming together of different groups to be an easy ride. He exhorts them to ‘welcome’ or ‘accept’ one another – not, therefore, to find their harmony in homogeny, but precisely by reaching out to others. Relationship, again.

Our introduction in the gospel reading[5] to a dramatic and unusual man whom we can easily imagine to be a bit of a lone wolf, and who gives short shrift to the Pharisees and Sadducees, may not seem to give us an obvious candidate for a model of excellence in relationships. However, he is John the Baptist. If our understanding of the sacrament is that it is a welcoming of a new member into a community, then the one who performs the rite is initiating countless new relationships with every baptism. Every new member of the people of God shares in a relationship of belonging with every other member of that people, who each, in turn, share that with one another. That is a complex matrix and one in which each additional connection strengthens, rather than dilutes, every other connection. The body of Christ, the community of believers, is not one that turns in on itself to find identity and security in its current make-up – hear John warning the Pharisees and Sadducees against relying on their ancestry in Abraham. Rather it always looks outwards, seeking ever more ways to be in relationship and establish that truly global solidarity to which Pope Francis referred, and which finds its origin in the Trinity.

‘In the beginning was the Word’: on Christmas day, those first six words of John’s Gospel provide ‘an inviting space for discovery’ and place us at our own beginning, ‘on the edge of a new narrative’. The words that follow and tell us that the Word was with God point us towards a vital and overwhelming mystery, but at the same time, they are a gentle invitation to each of us to build a new narrative around one another, because:

…if the single origin of all things is in essence relationship, we can begin to see why the deepest truth in the universe around us is not the laws of physics, but the law of love. Human beings are not atoms in the void, but beings made for love and community. If the God and origin of all things is in essence unity and self-gift, then this affects how we think about the meaning of our own struggle to survive together on this planet.[6]

During Advent, we are readying ourselves to hear John’s words and to respond to the invitations contained within them. If, in your preparation, you find yourself contemplating your relationships, and praying for the grace of a more open heart to the world around you and especially to those who are suffering and in need, you might like to join the Society of Jesus in that prayer.

Advent: A Time of Listening