Skip to main content
Photo by john shortland at flickr.com 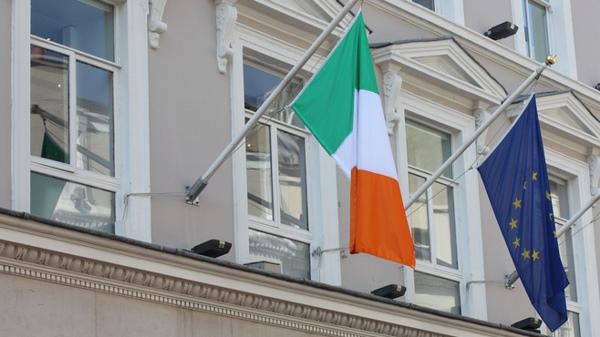 Irish Jesuit Edmond Grace explains why the words ‘Je suis d’Irlande’ have considerably more impact now than they did before Ireland became a member of the European Union.

In a caravan park, somewhere in France, I had my statement proudly prepared: Je suis d’Irlande. This was met with polite bafflement. Irlande? I was suddenly face to face with a humiliating truth: my country was an unknown place. The year was 1964 and President de Gaulle had just turned down Britain’s – and Ireland’s – application to join what is now the EU. Ireland might have been allowed to join on her own, but there was no question of us going anywhere without our largest trading partner.

Nine years later when both countries eventually joined, Ireland immediately began to feel the benefits. Farmers did well under the Common Agricultural Policy and there was funding available for infrastructure. There were progressive social policies which affected the workplace and, in particular, women.  But whenever a new European treaty was presented for ratification our political leaders had a simple message: ‘we got more money!’

Meanwhile, Ireland was getting richer and richer until 2001 when the Irish electorate was presented with the Treaty of Nice which had no clear financial carrot attached. The then Taoiseach, Bertie Aherne, in one of his less inspiring moments, announced that we really had no option but to vote yes, but the electorate decided otherwise. They voted no, a decision which was later reversed, after some coaxing. Something similar would happen with the Lisbon Treaty in 2009. On both occasions the second vote was in the region of 60% in favour. Irish voters have a very clear sense of where their interest lies when it comes to Europe. They know that it makes sense and yet Irish political leaders have been unable to articulate a coherent and a vision of Europe with which Irish voters can identify.

This incoherence is particularly strange given that those same leaders have seen at close quarters the impact of Ireland’s EU membership on national morale. A whole new world has opened for Irish people beyond the shores of this small island. This not confined to politics and public service – or even to Europe – but it would not have happened without that enduring boost to our national profile which came with EU membership. Seeing our fellow Irish men and women succeed in this way has changed the way we Irish see ourselves and the way we interact with others. This is undoubtedly the single greatest benefit which we have derived from EU membership – greater than any amount of money.

Of course, the economic benefits are significant and they don’t just come from Europe. Ireland has benefited greatly from American investment in recent years. To gauge its impact on daily life let me relate a recent personal experience. An Egyptian friend was bringing a group of teenagers from Cairo to Dublin and there was one place which they were all very keen to visit. My friend asked me if I knew anyone working in Google. It so happened that I did and it so happened that she was Egyptian.

Dublin is the European headquarters for Google, eBay, Yahoo, PayPal, Facebook, Twitter and other IT giants. (For Google, Egypt is part of the European ‘region.’) Low corporate tax has certainly played its part on the emergence of Ireland as a global centre in information technology, but it would not have been possible without good infrastructure and a well-educated workforce.

For the same reasons Ireland is also a significant global player in pharmaceuticals and medical appliances. This began with the manufacture of items designed elsewhere, which calls for basic skills and limited facilities. Over the years, however, investment in research and development has steadily grown to the point that Ireland is now the top location in the world for US foreign investment in the pharmaceutical industry.

US foreign investment in Ireland is higher than for Brazil, Russia, India and China combined. With a population of less than 1% of the European Union, Ireland has 9% of American investment in Europe.[i] Of course, none of this would make sense if Ireland did not have direct access to a market of 500 million people.

Perhaps the most dramatic change resulting from all these developments can be seen in my Egyptian friend. In the past twenty years many like her have come to work and make their home in Ireland. Many, like her, have become Irish citizens.  According to the 2011 census 12% of the population were described as ‘non-national.’ This is an extraordinary turnaround for a country long plagued by emigration – a plague which returned with the recent economic crisis. These ‘new Irish’ come from every part of the world, the largest numbers coming from Poland, closely followed by…. the UK.[ii] Correspondingly, only in 2011 did the Indians replace the Irish as Britain’s largest ethnic minority.[iii]

Not everything in this new Ireland is entirely new. Freedom of movement between Ireland and the UK, along with the patterns of thought and behaviour which it generates, long predates the EU. Furthermore, while the UK now accounts for only 16% of Irish exports (down from 70% fifty years ago), that figure jumps to 43% for Irish-owned firms. Ireland imports 90% of her energy requirements from Britain. 40% of food and drink exports and 50% of financial service exports are to Britain.[iv] To a significant degree Ireland remains economically tied to her closest neighbour. (Of course, Britain is at least as closely tied to the rest of the EU.) A British departure from the EU would be damaging to Ireland. There would be a great deal of uncertainty and volatility, but one issue is quite clear.  Just as it would have been unthinkable fifty years ago for Ireland to join the EU without Britain, so now it would unthinkable for Ireland to leave just because Britain has done so.

Edmond Grace SJ is a member of the Organising Team of The Venice Faith and Politics Workshop and author of Democracy and Public Happiness (Institute of Public Administration, 2007).

What has the EU done for... Germany?