Skip to main content
Photo by Paul Gravestock at flickr.com 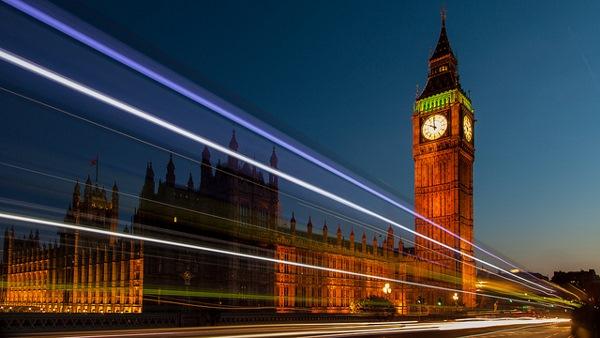 The ways in which British political institutions have responded to uncertainty, debate and public opinion in recent days are fascinating examples of flexibility in governance. On International Day of Democracy, Fr Dermot Preston SJ, Provincial of the Jesuits in Britain, reflects on what we learned about the dynamics of power and consultation from last week’s headlines, and on how these same dynamics work in the Society of Jesus.

The second week of September 2015 was an eventful seven days in British politics; three incidents taken together illustrate the complex nature of authority, democracy and public opinion.

Firstly there was the British Government’s startling volte-face on refugees. In recent years, perhaps even decades, the worry about being overrun with foreigners has been a defining tenet in British political debate. In its simplest form, the argument is: ‘there are too many non-British people in Britain: foreigners must be kept out.’ There are votes aplenty to be gained by dancing thoughtlessly to this jingoist tune and many people have responded to the call of the populist Nigel Farage and his UK Independence Party who have carved out a political existence on this foundation. Its mix of simple narrative, laddish bonhomie and mild xenophobia all mixed in with a controlled anarchy makes UKIP something of the political wing of Top Gear. Being hard on foreigners is a vote-winner in modern-day Britain, so a militant political line on refugees and migrants has played well.

A single photograph of the limp, dead body of a Syrian boy went viral and the cartoon evaporated, trite policies were exposed as efficiently inhuman and a glimpse of the complex, tragic reality opened up for all to see. Within days, ‘public opinion’ was now pouring contempt on the hawkish line of the Government: suddenly people were opening up houses, and the Government changed tack 180 degrees and started vaunting its humanitarian credentials, allowing in 20,000 foreigners with scarcely a murmur. It might not last, but this complex, refreshing and unexpected shift of the British political landscape has been good to see.

The second event was the debate in the House of Commons on the Assisted Dying Bill. It showed the British democratic system at its best, stepping away from the partisan with intelligent and thoughtful speeches on this important subject. Members of Parliament drew on expertise and experience and gave us an indication of why Westminster is sometimes referred to as ‘The Mother of Parliaments’.

The vote, which was strongly against the Bill, surprised many. A vocal and well-orchestrated euthanasia lobby decried the decision, proclaiming that MPs were ‘out of touch’ with the people; 80% of the population (they said) wanted such a Bill to be passed. At a superficial level this might be true: public executions would probably draw a big crowd, but the moderating influence of Parliament on electrical surges of populist enthusiasms is part of the mature democratic process. The MPs showed their mettle and, after being thoughtfully considered, an unwise law was thoughtfully dropped.

The third unexpected twist of democratic expectations occurred with the election of Jeremy Corbyn as the leader of Labour Party. A left-wing rebel straight from movie central casting, Corbyn has been the beneficiary of a genuine attempt by Labour to bring democracy to the masses by setting up a leadership election which allowed a wide range of people (with relatively little link to the Party) to choose the next leader. It is unclear whether his success can be attributed to sympathy for his radically socialist agenda, the desire for any change from political blandness, or a Conservative attempt to sabotage the Labour Party by the election of a figure deemed to be impossible to sell at a General Election; but Corbyn’s election by a thumping majority now throws the smooth Labour parliamentary machine into considerable disarray.

Can the Party recover and re-design itself around the new reality, and complete a makeover that would be an attractive and coherent alternative to the British electorate? Corbyn appears to be an individual of principle, but (as the Old Testament well indicates) solo prophets rarely make good Kings, as the latter have to be people of compromise. Corbyn’s 32 years of principled rebellion will now make it very difficult for him to insist on conformity to a party political line and to punish disobedience in others.

The Society of Jesus is a strange democracy. For the most part we have a very authoritarian structure and the power of the Superiors (who are appointed, not elected) is quite strong when compared to those in other Religious Orders such as the Benedictines and Dominicans. The Jesuit way of governance, however, can only work if it is accompanied by vast amounts of consultation and communication, as final decisions need to be informed, as far as possible, by the movements of the Spirit that might be abroad in others as well as by the inspiration of the individual Superior.

To an authoritarian Provincial such as myself these periodic outbreaks of democracy can be rather unnerving; but I have found that once you hand yourself over to the uncontrollable, other dynamics click in and you realise how powerful a flexible democracy can be for the Greater Glory of God.

Human beings live within a complex matrix of authority structures – whether they be of family or school or work or nation – and being complex people we need all of these structures to constantly rebalance our relationships with other human beings. Let us give thanks for the structures of government and authority and let us give thanks also for the delicate and fragile uncertainties that make our various democracies work.

Seven years in Westminster: Where are we now?