Skip to main content
Photo by tico_24 at flickr.com 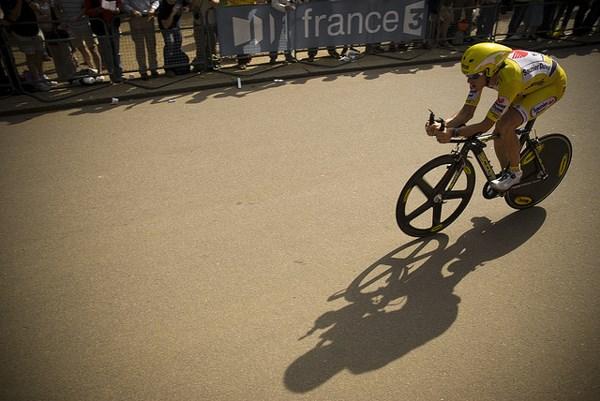 Are you one of the millions of cycling fans who have cleared their diaries for the next three weeks so that they don’t miss a minute of the Tour de France? Daniel Kearney is, and he wants to encourage his fellow aficionados – and those who have become sceptical about professional cycling thanks to the revelations of recent years – to find and celebrate the fellowship inherent in the sport.

Like many MAMILs (Middle Aged Men – and women! – In Lycra), I am eagerly awaiting Le Grand Départ of the Tour de France 2015 in the Dutch city of Utrecht on Saturday 4 July. For some it is merely a bike race, but for many, like the late, great, two-time winner Laurent Fignon, ‘the whole of human life [is] written in the twists and turns of a single Tour de France’.

In Italy they use the phrase ‘si sveglia’ to talk about riding a bike – it wakes you up. It frees you from the anxieties of the daily grind. It transports you back to a time of childhood innocence and the liberation that comes with learning to ride a bike. As a child, this rite of passage widens our horizons; it opens us to endless possibilities beyond the suburban cul-de-sac, possibilities which the Tour takes to the extreme.

When, in 1903, the inaugural Tour departed from Montgeron-Villenueve-St Georges, it was no more than a publicity gimmick designed by Henri Desgrange to boost sales of the ailing newspaper, L’Auto. That gimmick has now become the world’s greatest spectator event, generating a global television audience of over 2 billion every year. An estimated 15 million fans will flock like ecstatic pilgrims to roadsides and mountain slopes to witness and participate in this epic adventure, which is arguably the most arduous test of physical endurance and courage in sport.

The French have a saying that encapsulates the essence of the Tour: ‘courir c’est mourir un peu’ – ‘to race is to die a little’. There is one rider on every team who embodies this spirit more than any other. He is the domestique – a French term meaning ‘servant’. His raison d’être is to protect his leader. With unswerving dedication he shields his leader, kilometre after kilometre, from the energy-sapping wind on a Roman straight, and paces him up the great Alpine and Pyrenean ascents and down the sweeping descents. Many will remember the names of Tour de France winners such as Anquetil, Hinault, Indurain and the now disgraced Armstrong, but their faithful domestiques are heralded by few. Each of these suffering servants ‘may have lost toenails from the constant forward pressure in his cycling shoes … but he is a hero’, who lays down his cycling life for his leader. The leader knows, all too well, that without the commitment and courage of his team, his talents and ambitions will not carry him very far.

No other team sport requires of its competitors such a counter-cultural self-emptying of personal expectation. How refreshing it is to see such camaraderie and solidarity in the very foundations of a sport. It serves as a resistance to the narcissistic and self-centred tendencies associated with many popular sports today. It gives us hope that there is a place, even within the ruthless and money-mad world of professional sport, for virtue. The world of cycling is far from perfect – it has more than its fair share of demons and fallen stars – but the underlying principles and ethic are a reminder of what sport should be.

If sport does not foster a sense of community and a celebration of another’s God-given talents, then what is its point? Riding a bike or kicking a football are meaningless acts in themselves, but if they are seen and understood in the context of our shared humanity then they can be an apt and constantly relevant metaphor for our Christian life. The existentialist philosopher, Albert Camus, who played for an Algerian football team in his youth, is reported to have remarked that, ‘what I know most surely about morality and the duty of man I owe to sport’.

As St Paul reminds us, in his First Letter to the Corinthians, ‘Now there are varieties of gifts, but the same Spirit; and there are varieties of services, but the same Lord; and there are varieties of activities, but it is the same God who activates all of them in everyone … the members of the body that seem to be weaker are indispensable’. Let this be an encouragement to all of us MAMILS – whose support is also a service in itself – to spare a thought amidst the excitement of the next three weeks for all those without whom the Tour could not happen: the water-carriers, the mechanics, the also-rans and our fellow fans, who rejoice with us in the workings of the body.