Skip to main content
Photo by Sergiu Bacioiu at flickr.com 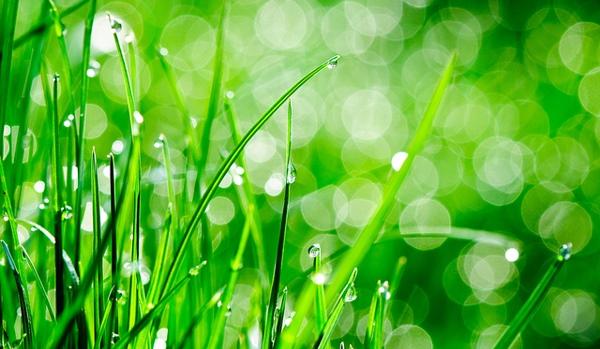 Action-packed summer adventures are all the rage, but there’s a lot to be said for a ‘less is more’ approach to holidays, says Sr Teresa White. A clear diary can be an opportunity to see and hear what we overlook or ignore in our everyday lives – there’s no such thing as wasted time if that time leads us closer to God.

It is only when we are not being practical and concentrate on useless things that we move out and find the world is opening out. (Ernesto Cardenal)

Concentrating on useless things... It’s what people used to do when they went on holiday. Some still do, but many now make sure they have a full schedule: serious walking, or mini courses in oil-painting or pony-trekking or scuba diving. Is the ‘uselessness’ of holidays – in spite of the fact that the French call them vacances and the Americans ‘vacations’ (‘empty’ times) – becoming a thing of the past?

Perhaps so, but for those of us who are still looking for the opportunity to concentrate on useless things, there is always a retreat. Chaucer famously said spring was the time for pilgrimages, and back in the fourteenth century, no doubt he was right. But for me, it is summer rather than spring that summons me to make a retreat. As I finished mine recently, I found after eight days that I was ready to move out, refreshed and with sharpened vision. I had found many ‘useless’ things to claim my attention.

Nature, enclosed within the walls and fences of an urban park, is ‘useless’. There is beauty, certainly, but I cannot possess it, cannot use it to make money, cannot carry it away with me, except in memory. Yet for me a small park in a leafy part of Salford was at the heart of my retreat. In spite of heavy showers, I spent at least an hour in it each day, walking, praying, reflecting, and those visits directed my attention towards the least productive thing of all: eternity. I found then, as I have often found before, that nature nourishes the spiritual: contemplating a scene, a flower, a tree, reveals (‘un-veils’) the spirit within. Sometimes, during that week, when I looked at the lake with its pair of swans and three grey cygnets, or found myself watching attentively while a mother duck with a line of ducklings in her wake made her way from one side to the other, when I breathed in the scent of wet foliage and wild roses, I felt brushed by the fingers of God, and wrapped in peace. Especially beautiful were the iridescent wings of dragon-flies as they hovered among the reeds on the edge of the lake. Hopkins says that dragon-flies ‘draw flame’ in the sunlight, and one morning I felt blessed to see this with my own eyes. And the trees! In those midsummer days, tall and graceful, leaves glistening in the sun after the rain, they were part of the soul of that place.

During that week, my heightened awareness of the sounds and scents of nature led me to notice things I would normally pass by. Once or twice, sitting on a park bench, I saw, on the grass around me, mossy and brilliant green, raindrops sparkling like diamonds in the morning sun. They were tiny, these sparkles, like stardust. They became visible when the sun shone, as it did intermittently on some days, between heavy showers. I only saw them when I was looking contemplatively around me. To me, they were reminders of God, whose presence I can so often overlook, a presence that brings peace. Somehow my concentration on these useless things, ephemeral things, seemed to deepen my spiritual vision, opening my eyes to see ordinary, everyday things as images of the unseen.

Another ‘useless’ element of a retreat is the silence – a whole week without radio, TV or conversation. Even reading is usually restricted to the Bible. What’s the point of it all? The silence and solitude, for one who is seeking God, encourage honesty and sincerity. There is no escape, so one reaches out to God. There are no distractions either, if, with Herbert McCabe OP (who, I discovered, spent many years in Salford, quite near to where I was staying), you believe, that ‘When you are really praying for what you really want you won’t be distracted – the prayers of people on sinking ships are rarely troubled by distractions, they know what they want’. So I bring before God what is real, what is troubling or baffling, my own needs and the needs of those I love and indeed the needs of the world. The silence and solitude encourage me to give personal attention to the presence of God within me and around me. Sometimes I thank him, sometimes berate him, but I do not ignore him.

As the week went on, I faced the fact that there is much in my life that is pretty useless, too. ‘Nothing, so little, comes of life’s promise’ says Daniel Berrigan in his poem, ‘The Face of Christ’. And as I grow older I know for sure that the value of my life is not simply what I do, but who I am. It’s about being there where I am and staying there in fidelity, even in the face of misunderstandings and failures. It means, as Cardinal Suhard said, ‘to live in such a way that one’s life would make no sense if God did not exist’. I prayed for the grace to do this with more conviction, with more serene awareness of the centrality of God in my life.

I decided that one day out of the eight would be a ‘retreat in the street’, when I would walk through the neighbourhood ‘in vacant or in pensive mood’. It so happened that there were several heavy showers that day and during the worst of them I took refuge in bus shelters. At times I was deafened by traffic and spattered with mud, but I pressed on, sometimes catching the eye of passers-by. These people, all but one unknown to me, were hurrying by, no doubt preoccupied by their own thoughts and concerns, but several of them gave me a nod and a smile. The person I remember most clearly was a teenager with Downs Syndrome. Standing with his mother at a bus stop, he didn’t wait for me to smile at him. He grasped my hand as I passed and gave it a warm, energetic wrench. His mother encouraged this friendly greeting and, taking the lead from him, shook my hand herself. There was a wordless sense of solidarity and human warmth in that encounter: here was love being offered and received, as it should be, unreservedly and undeservedly.

On that walk, I saw, in a short burst of sunlight, two red admirals doing a graceful pas de deux and two young grey squirrels racing each other up two sides of the same tree. I also saw a plump pigeon plodding purposefully along the side of a busy road, facing, but ignoring, the oncoming traffic. Returning some time later, I was saddened to see a dead pigeon – was it the one I had seen earlier? – lying on the double yellow lines. I remembered Matthew 10:29: ‘… not one [sparrow] falls to the ground without your Father knowing’, and felt comforted: surely God also knew about that blue-headed pigeon, now lifeless in the gutter …

Thérèse of Lisieux wrote that prayer is ‘an aspiration of the heart, it is a simple glance directed towards heaven’. I have found that concentrating on ‘useless’ things helps me to direct my glance towards heaven. A retreat always reminds me to do this, and my retreat notes prove to me that the human impulse to give expression to what has seemed beautiful or significant is as strong as ever. And what is beautiful and significant, though often useless, is a record of remembered paradise.

A Spirituality of Summer

The spirituality of rest