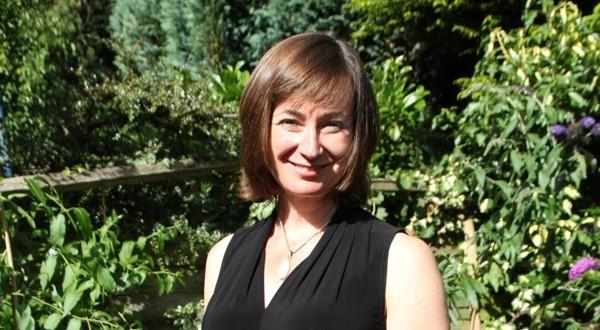 Earlier this year, Fr General Arturo Sosa SJ announced four new Universal Apostolic Preferences of the Society of Jesus for the next ten years. Sarah Broscombe, who has been working with the Jesuits for seventeen years, thinks that they reflect the Society’s past and its future and create the conditions for spiritual fruit to grow.

When I saw the announcement of the Universal Apostolic Preferences, I was both pleased and reassured. They are not startling or glamorous. They feel strong, full of freedom and coherent. To me, they feel in tune with both the Society’s past and its future. They also speak directly to my own preoccupations. What seized my attention in a job advert in The Guardian back in 2001? The interweaving of social justice and spirituality. And what has that morphed into, eighteen years later? Involvement in the Spiritual Exercises and the training of spiritual directors, and working with Ignatian leaders who engage with all of these preferences.

1.  PROMOTING DISCERNMENT AND THE SPIRITUAL EXERCISES (helping people find Jesus Christ and follow Him). This enterprise has our self-communicating God firmly at its centre. That does not mean it’s ethereal – it informs all aspects of our lives.  ‘We want to offer a deeper alternative to secularism’, says the full version: a sensible, deep, lived faith. Pope Francis wrote in his confirmation letter to the global Society, ‘The first preference is crucial because it presupposes as a basic condition the Jesuit's relationship with the Lord, in a personal and communal life of prayer and discernment … Without this prayerful attitude, the other preferences will not bear fruit’. This fills me with joy. It is a call and a challenge to every one of us engaged with the mission, Jesuit and lay. Our relationship with God is the wellspring of everything.

2. WALKING WITH THE EXCLUDED (the poor, the vulnerable, the excluded and those whom society considers worthless, in a mission of reconciliation and justice). As with many lay partners, accompanying the excluded is what first drew me to the Society of Jesus, in my case through the Jesuit Volunteer Community (JVC). It was God’s grace that drew me onward through that work into a deepening relationship with Him through Ignatian Spirituality (God and I were already long-term acquaintances, but with more awe than warmth). The encounter with God and with Jesus through the Exercises has changed every inch of my journey since. What engaged me so deeply was gradually comprehending what JVC was really doing: not social justice as ‘action’ and spirituality as ‘reflection’, but a profound integration of the two. A preference for walking with the excluded that is mutual, dignifying and nourished by God is less vulnerable to the despair and self-righteousness that is a recurring danger for the charity sector, which can result in rather barren ‘social injustice’ work.

3.  CARING FOR OUR COMMON HOME (work, with Gospel depth, for the protection and renewal of God’s Creation). It can be tempting to see our own mission as central. This preference places the Society’s mission within a global scale and context. Many of the most recent developments in the British Province (the new Laudato Si’ projects and in spirituality) are prioritising this. It’s timely and I cannot doubt that it’s vital.

4.  JOURNEYING WITH YOUTH (accompany young people in the creation of a hope-filled future).There is a good humility in recognising and planning for a future we’re ready to relinquish. Power so often passes from similar-looking hands to similar-looking hands, decade after decade. It is imperative to prepare young people with the resourcefulness, adaptability and faith to use power differently, if the future is to be filled with hope.

Within these four preferences, there is much freedom. They give provinces and regions room to attend to their own urgencies, yet within a shared sense of direction. There is no setting in which any of these four would not be applicable, and not be pressing.

The congruence of the four preferences

It seems to me that the four attend to different timeframes. One could say the first is rooted in the past, in the wellspring of the Exercises. I’d see it rooted in the eternal; the God who was, and is, and is to come. This relationship must be at the heart of our lives, personally as well as communally. The second responds to the present; a spirituality profoundly incarnated. The third and fourth look to the future; living up to our responsibility for this planet, really treating it as our home, and forming the generation who will inherit it. ‘We want to bring hope to our world, to imagine new roads and to walk these roads to the end’. These are not four discrete areas that we map out on separate columns on a work plan. They are priorities outflowing from a certain perspective on God’s call to us. They’re mutually reinforcing. But without the first, as Pope Francis reminds us, ‘the other preferences will not bear fruit’.

The process by which the preferences were identified

As a facilitator, I value attentive process because of its power to increase impact. I was heartened by the discernment process for these, and by the commitment to discern in common. I was impressed by the decision not to write a ten-year worldwide apostolic plan. There is a striking shift from the nouns of the 2003 preferences which came out about a year after I began working for the Society (‘China, Africa, the intellectual apostolate, the Roman Houses, and migrants and refugees’), to these four activities – ‘promoting, walking, caring, journeying’. This shift echoes one of my favourite asides from Pope Francis in his address to GC36: ‘Initiating processes is different from occupying spaces. The Society initiates processes and leaves spaces. This is important. Other religious occupy spaces, the monasteries. The Society initiates processes’. The apostolic preferences give direction and priority, but wisely leave great flexibility for local discernment and planning to meet local needs.

How can laypeople best engage with these apostolic preferences? The new and useful distinction between the religious body (consecrated men) and the apostolic body (all those fulfilling the mission, Jesuits and their diverse partners) is likely to help here. Speaking at the Pastoral Conference in York in February this year, Father Provincial Damian Howard said: ‘The model may not be perfect, but it does express both that laypeople truly belong to the Jesuit missionary enterprise and that Jesuits have a particular role in its service. If we embrace this vision wholeheartedly, I think it will strengthen our shared mission, clarify and deepen its Jesuit identity...  I hope you will find as exciting as I do the vision of a mission-oriented Province with genuine partnership between the many and diverse members of its apostolic body and a clear Jesuit identity.’

The critical factor to me is how to live the first preference. How does discernment in common take place, and how do we use the apostolic as well as the religious body to do this for the greatest spiritual fruit? How do we share our faith together? And what do laypeople bring? I have encountered such a spectrum of perspectives over the last seventeen years, right from, ‘You laypeople can do everything we can do’ or ‘You lot are more Jesuit than the Jesuits’ (definitely kindly-meant, but not useful; our vocations are so distinct) through to, ‘It would be better if Jesuits could run everything, but since we’re short of men we’ll have to use laypeople’. The perspective of laypeople as cannon fodder for ‘Our’ mission was very understandable in a world where vocations were falling fast and valued men leaving in distressing numbers. But change is not occurring by accident. This is God’s Church, God’s Society and God’s world, and we really can trust the changes and shifts within them to God.

Which brings me right back to the preferences, and their beautifully long-term view. Soon, many of us will be gone, and it will be those youthful ones in the fourth preference who deliver the mission. God has it all in hand. Our part is to love God, to discern, to be faithful and to work together.

Sarah Broscombe’s connection with the Jesuits began in 2002 in the field of social justice, then international development, and is now in the fields of leadership and spirituality.