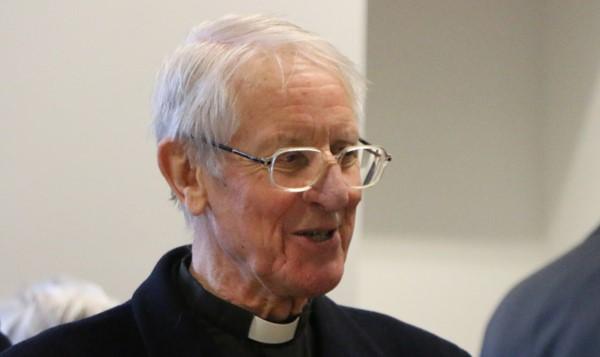 Earlier this year, Fr General Arturo Sosa SJ announced four new Universal Apostolic Preferences of the Society of Jesus for the next ten years: Promoting Discernment and the Spiritual Exercises; Walking with the Excluded; Caring for Our Common Home; and Journeying with Youth. Fr Michael Bossy SJ, who has been a Jesuit for more than 70 years, considers how these priorities for the future of the Society have been informed by its recent history.

The 'Universal Apostolic Preferences' are how the Society of Jesus has discerned its way forward over the next period of its history. Where are we to make our main efforts?

In summary they concern:

1. The Exercises of St Ignatius, prayer and discernment

2. The poor and vulnerable

Here are a few reflections about how such apostolic preferences might have looked to a Jesuit in the 1940s, 50s or 60s.

Let's leave the Exercises for a moment and start with our response in those days to the young.

Well, at the end of the 1940s we ran eleven secondary schools – a number of these had their own junior departments. Each of the schools had a significant number of Jesuits as classroom teachers, as well as a head. (Governors had not yet been invented; spiritual fathers or chaplains, if they existed, were largely the preserve of the old, who could no longer cope with the classroom.)

In 1963/4 I taught at St Francis Xavier in Liverpool, along with nine other Jesuits, all of whom except Fr Doyle, the head, were subject teachers. A rough calculation suggests that at that time the Jesuits were in direct, daily contact with 4,000 young people as well as, more indirectly, with their parents.

A high proportion of those of us who joined the Society in those days took it for granted that we would spend our lives in the classroom – or on the sports field. And looking back it is clear that along with other religious orders, the Society played a major part in the upward mobility and the growing confidence of the Catholic community in Britain over that period.

How about the poor? More tricky to deal with. It is difficult to deny that there was a conservative, even slight elitist, element in the province in those days. Heythrop in Oxfordshire had more than a hint of the country house about it; Stonyhurst retained, to the delight of some and the distress of others, something of its recusant, gentry origins. Many of the boys in our day schools had quite poor backgrounds, but quite a few of them struggled to manage the severe discipline, the Latin and Greek, and some degree of social superiority that they found in our schools.

ln case this point is overdone, I should add that few of our present parishes have that persistent contact with the most deprived that the parish curates visiting the houses in their districts at St Francis Xavier's or St Aloysius had in those earlier days. And our retreat centres would be proud if they had that element of regular (working) men's retreats that were to be found at Craighead, outside Glasgow.

Surely ecology must be something quite new! Probably. I am not sure whether Fr Macklin or Fr Hubert Smith who worked in the classroom at Stonyhurst each morning and each afternoon fished in the Hodder; or Frs de Trafford and Banyard patrolling the fields of North Oxfordshire with their shotguns looking for squirrels; or even Fr Fitzjames feeding the birds at Beaumont with porridge that he secreted from breakfast in his Jesuit gown pocket, might count as harbingers of Laudato si’.

And what about the Exercises? Any Jesuit of any age is going to be formed by them. But my own recollection, in addition to realising how important they were in my life, is of struggling hard, both with the rather medieval language and with the five daily talks that made up our eight-day annual retreat. lt wasn't until the work of the magazine Christus in the 1960s and, especially as far as our own province and the American provinces were concerned, the work of Fr Paul Kennedy at St Beuno's, that we got a deeper and more personal sense of what the Exercises might mean for us, and were even helped to dip our toes into the deeper waters of lgnatian Spirituality.

If that is an impressionistic sketch of the Universal Apostolic Preferences as they appeared to earlier Jesuits, is it possible to suggest, in an equally impressionistic way, what were some of the things that moved us in a better direction.

I think I would put first the life and work of Father Arrupe: he helped us to look outward towards ‘a planet to heal’ and gave us a most important push by forming the Jesuit Refugee Service. Then there was an emphasis on justice that was the work of the 32nd General Congregation and in particular the way that emphasis led to a number of martyrs, especially the martyrs of El Salvador and Musami.

In the narrower confines of the province, the work of the Jesuit lnstitute needs a mention, as does the outreach work of St Beuno's in the Wrexham diocese. And of course we have been greatly affected by our diminishing numbers and diminished status, which has pushed us steadily in the direction of 'Partners in Mission'.

I think we can say that the Universal Apostolic Preferences haven't come upon the Jesuits in Britain as a great shock – though I think many of us would have expected the Intellectual Apostolate to get an honourable mention.

Fr Michael Bossy SJ is a member of the parish team at St Ignatius, Stamford Hill.