Skip to main content
Photo by Fleur Treurniet on Unsplash 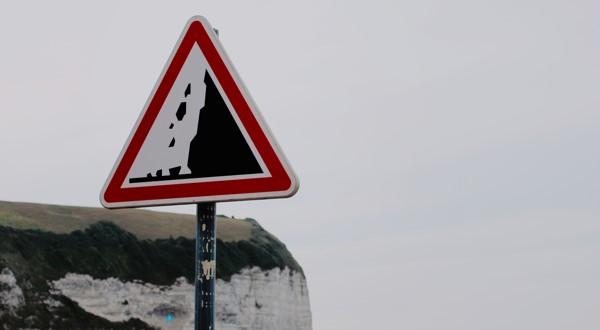 The late American football player and coach, Vince Lombardi, was an inspirational figure, so much so that the most sought-after prize in his sport, the Super Bowl, is now named in his honour. Before his sporting career took off he was a candidate for the priesthood, and studied at Fordham University in New York where he was powerfully influenced by its Jesuit ethos. He is credited with several stirring sayings about the importance of character and integrity, which many people attribute to the Ignatian formation he received at Fordham. Perhaps the best known of those is: ‘It’s not whether you get knocked down, it’s whether you get back up.’

It’s a sentiment that has been made into many a meme, re-appropriated in various guises and quoted by all manner of people, not least a pre-presidential Donald Trump. It therefore warrants some interrogation.

This is the first of three Stations in which we are told that Jesus falls. We do not know how long he was prone on the ground for, if he suffered any injuries, or how he got back up. Was he made to scramble up under the weight of the cross that had crushed him in the first place, or was he helped up – or, more likely, dragged up – by guards or bystanders? The one thing we do know is that, after each fall, Jesus does get back up.

So does it not matter, then, that he was down in the first place? If the making of a person is in how s/he responds in adversity, are the circumstances of their downfall irrelevant?

If we answer yes to this, we run the risk of trivialising the real and painful situations in which people find themselves ‘falling’: it hardly seems right to say, ‘it doesn’t matter what happened to you, it’s about how you respond’, especially as we are contemplating this Station.

But St Ignatius has a way to help us think about what it means to fall, to go from a situation you would prefer to be in to one you wouldn’t choose. In the ‘Principle and Foundation’ of the Spiritual Exercises, Ignatius asks us to free ourselves of those preferences that would cause us to opt for the ‘easier’ life: ‘We ought not to be led on by our natural likes and dislikes even in matters such as health or sickness, wealth or poverty…  Rather, our only desire and our one choice should be that option which better leads to the goal for which God created us.’[i]

Ignatius asks us choose to take the better path, whether that is the easier or more difficult one. He is not asking us to take the more difficult path deliberately, just for the sake of it, but he does want us to be free not to take the path of least resistance automatically. If we are too attached to one way of doing things, or one way of being, we may be closing off opportunities to respond to God in love and service.

So it is not that we should choose to fall, nor that we shouldn’t seek if we can to prevent the circumstances that might cause us, or others, to fall. The injustices and abuses of power that knock people down are relevant. But by holding ourselves in freedom, we might be better placed to see the features of the landscape ahead of us, and measure them not as helps or hindrances to our own standing but as routes to or away from serving God.

[i] David L. Fleming SJ, The Spiritual Exercises of Saint Ignatius: A Literal Translation and a Contemporary Reading (Institute of Jesuit Sources, 1978)

Stations of the Cross: 1. Jesus is condemned to death

Stations of the Cross: 2. Jesus accepts his cross