Skip to main content
Photo by Kay on Unsplash 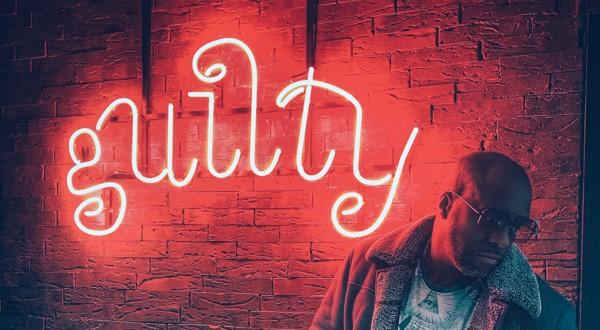 Thinking Faith's Editor, Frances Murphy, offers a series of reflections inspired by the Stations of the Cross. First Station: Jesus is condemned to death.

The first Station of the Cross tells us that ‘Jesus is condemned to death’. It is easy enough to interpret this as referring to the moment at which Pontius Pilate hands Jesus over to the chief priests, because this as close to a single moment of ‘condemnation’ as we have. However, there is no verdict delivered by Pilate, no explicit sentencing of Jesus such as would happen in a courtroom. Jesus is condemned to death, really, by everything that has taken place in the days, weeks, months and years before the point at which we join his story in the Stations of the Cross. And so we meet all of those events and everyone involved in them in prayer at this first Station, as we try to find a way to enter into the story and let the Stations speak to us.

Even the events of the preceding hours, in Gethsemane and at the house of Caiaphas, present us with a cast of many and a multitude of agendas – countless different access points into the story. The problem is that in these most recent happenings, there are not many characters with whom we want to identify: arresting soldiers, disloyal disciples, baying crowds … none of them are roles that we want to imagine ourselves taking. But perhaps it is by imagining ourselves in the part of an offender that this story can change us most powerfully.

In a recent commentary on the case of Shamima Begum, Dr Anna Rowlands appealed to the thinking of Simone Weil to support her claim that we must ‘witness to a belief in the possibility of a restoration’:

… only those who have confronted the history of force can truly witness to a gospel of love and justice.

For Weil, we are required to adopt a commitment, as part of the exercise of love and justice, to addressing the truth of violence and loss. To prioritise and not to pass over this truth-telling: to tell of the death and the needless loss that have been borne by the victims.[i]

‘Confront[ing] the history of force’ involves, I think, an honest interrogation of ourselves to see how we might have been responsible for delivering it. Always seeing ourselves as or aligning ourselves with the victim of violence and loss, rather than the agent, not only deafens us to the voices of those against whom we might have transgressed, but also denies us the chance to see the ways in which we are all in need of conversion. We can only serve love and justice by telling the truth to ourselves about our own potential to cause suffering. The philosopher and sociologist, Gillian Rose makes a similar point, distinguishing between ‘passive sobriety or sentimentality of witness’ – letting ourselves be moved by others’ suffering – and actively recognising that we are capable of inflicting it, that there are ‘personal and political depredations at stake.’ [ii]  Only the latter, uncomfortable as it is to consider how we might be the villain rather than the victim, has the ability to transform us.

As we approach the first Station of the Cross, meeting Jesus, the condemned man, and preparing to journey with him during his Passion, it is no barrier to our prayer if we do not feel worthy of walking beside him. Those who have condemned him have as much of a role to play in our Lenten conversion.

[i] Anna Rowlands, ‘Shamima Begum and the possibility of restoration’ in Church Times (19 February 2019): https://www.churchtimes.co.uk/articles/2019/22-february/comment/opinion/shamima-begum-and-the-possibility-of-restoration

Stations of the Cross: 11. Jesus is nailed to the cross