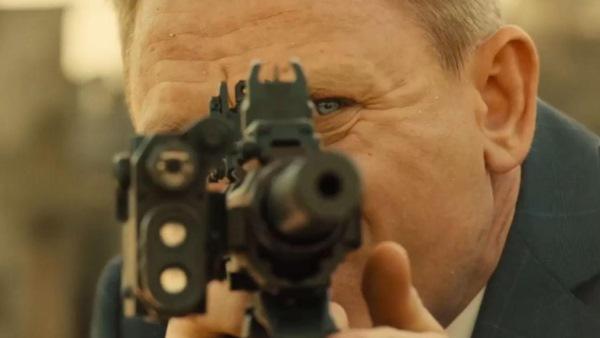 Spectre is the 24th instalment in the James Bond franchise that has now spanned more than 50 years. It is inarguably the most traditional – read ‘old-fashioned’ – film of the Daniel Craig era. Bullet-proof, trick-laden supercar? Check. Globe-trotting plot? Check. An array of women falling at Bond’s feet? Check. Director Sam Mendes’s latest effort seems to revel gleefully in the sense that this is a firm throwback to the early halcyon days of Bond. Sadly, the film is all the poorer for this.

Firstly, the plot. Having almost completely destroyed Mexico City single-handedly before the opening credits, Bond is given an enticing clue from his past, which brings him to the attention of a shady organisation. This organisation, headed by an archetypal Bond megalomaniac (Christoph Waltz), is hell-bent on taking over the world for nefarious means. At the same time, Bond’s boss, M (Ralph Fiennes), is struggling to protect MI5 from political forces – embodied by Andrew Scott’s C – who would shut it down. Bond teams up with a rival assassin’s daughter (Léa Seydoux) to track down the bad guys, and if you have even a cursory knowledge of this franchise’s history, you will know how it all pans out.

Perhaps aware that the old-school style might not wash with modern audiences, the filmmakers try to draft in contemporary themes: technological advances, global terrorism and invasive surveillance all play their part. However, it all feels a bit shallow. That the relatively thin plot is stretched across 148 minutes is due less to the efforts of the screenwriters, including Bond regulars Neal Purvis & Robert Wade, than the stunt team. If regular explosions and train-based, punch-up set-pieces are your thing, then you will be pleased. The action sequences are firmly rooted in the classic Bond style, with more than a few knowing winks towards past films and an array of pithy one-liners for Daniel Craig.

The desire to create a carefree, faux-1960s ‘romp’ feel to the film actually undermines its potential. Even during a visually impressive opening gambit, designed to appear as a single shot, Hoyte Van Hoytema’s cinematography appears to take its cue from the action pieces. It is in such instances that the filmmakers’ desire to create dramatic tension is not matched by effort. The narrative is tired and clichéd, lingering shots reveal crucial character twists well before the script does, and potentially vital plot holes litter the film. And yet there will be people who love the film nonetheless. They will say that this is what we should expect from Bond movies, in the early images of which this film has been made.

However, rather than inciting nostalgia, Spectre ends up reminding us how far we have come – unfortunately it does so by failing to keep up. For example, Golden Globe-winning actress Monica Bellucci is sorely underused as a mere plot device, yet still manages to find time to shed her clothes. In a post-Bourne world, where successful spy thrillers can have a brain and female characters can be more than eye candy, Spectre casts an ugly shadow from a chauvinistic past.

Rumours abound that neither Mendes nor Craig are interested in coming back for anymore incarnations of Ian Fleming’s famous creation. As a final indignity, potentially acting as some kind of portent of doom, Sam Smith’s theme tune is rather aptly named Writing’s On the Wall. Indeed, something will have to change dramatically in the next instalment to ensure blood continues to run through Bond’s veins.