Skip to main content
Photo by Arnaud 25 via Wikimedia Commons 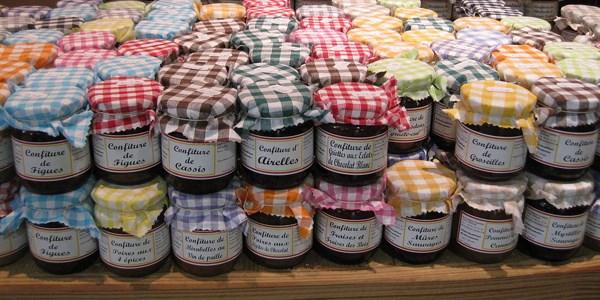 Is there such a thing as too much freedom and if so, how much damage can it do? Roger Dawson SJ considers how the Spiritual Exercises of Ignatius Loyola might be a framework through which we can counteract the problem of ‘cognitive overload’ that can be characteristic of modern life.

The purpose of Ignatius Loyola’s Spiritual Exercises is that ‘one should desire and seek nothing except the greater praise and glory of God’ (Spiritual Exercises, §189). The Exercises are also described as a ‘school of freedom’ from disordered attachments so that we might choose well (§179). It seems to me that when we talk about the Exercises we often emphasise the freedom of the latter description over the praise and glory of God of the former. I think, then, that it is worth considering what Ignatius means by freedom, and why today’s culture might benefit from a rediscovery of it.

The context in which the Exercises were composed and first given in 16th century Renaissance Europe was vastly different from our own. There were fewer choices to be made in life, and many of these choices were less complex than the ones we face today. Some choices were so constrained as to be ruled out for further debate by Ignatius (for example, Ignatius saw some choices and decisions, such as marriage or priesthood, as unchangeable; §171). For Ignatius, social bonds, institutions and relationships always had to be taken into account; personal choice was not of primary importance.

Contrast that with the cultural context of today’s Western liberal democracies. The self as a ‘rational chooser’ is central to our economic ideology and, according to this view, the more choices one has, the better. Choosing is considered to be a good and is linked to autonomy, which culturally is treated as a supreme value. Not being able to choose at all, or even having’s one choices constrained in some way, can be understood as a lack of freedom. We often have a wide array of choices, considerably more than previous generations, and the prevailing narrative is that an individual is ‘free’ if he or she can make these choices without familial, social or cultural constraints, and if these choices can be seen as impermanent and changeable. According to this version, there is no such thing as too much of this freedom, and the ‘flexible choosing self’ is unconstrained by habit, class, social convention or gender, and is highly changeable.

Much of this is good. The ability to make choices about our own lives is certainly desirable insofar as it frees people from oppressive, anti-human situations; but we are a long way from the cultural context of Ignatius, and the popular definition of freedom is perhaps just as far away from the freedom that he envisaged and in which the Exercises are meant to school us. There is also evidence that the amount of ‘freedom’ that we have now may not be good for us. Too much choice can leave us overwhelmed and suffering from ‘cognitive overload’. In these situations, people cope by disengaging, or making a random choice that comes with risk of regret at opportunities missed. Take, for example, a well-known experiment in which people were presented in one condition with a choice of six jams and in another with 24 jams: it was in the ‘six-jam’ conditions, under which subjects had less ‘freedom’, that they were more likely to make a purchase and were also more satisfied with their purchase.

Moreover, in spite of the expectation that increased choice and control would lead to happiness, we have seen a huge rise in depression. There has been at least a ten-fold increase in instances of depression compared with a century ago, and the age of onset is considerably lower. One possible explanation of this increase is that the combination of increased control and a sense of personal responsibility and regret for ‘wrong’ choices, along with weakening social bonds due to increased individualism, set up the conditions for depression. In an individualistic culture, the focus is usually on the self, which is also a sure route to desolation – movement away from, rather than towards God.

Control and freedom to choose can be good things, but can have a dark side. The spiritual freedom about which Ignatius tries to teach us seems to be more about ‘living well within the limits’. A linguistic analogy may help: as humans, by virtue of language, we can express more or less any idea and make ourselves understood. Alternatively, I can choose to use words in a random order, or even make odd noises and grunts, but I will be misunderstood.  I am free to do this – it is a choice.  The point is that language is a rule-bound activity, and it is the grammar and constraints that make it work and give us the possibility or freedom to express ourselves.

This understanding of freedom is at odds with the prevailing idea in the 21st century that personal freedom consists in a lack of ties or obligations to any other individual or body, and not being constrained by rules. It is true that institutions have the potential to be oppressive and anti-human, but they can also bear wisdom and tradition by providing the grammar and the rules that make the ‘game’ work. Certainly, this limits choices and actions, but it can also open possibilities, and protect against chaos and endless choice, as well as provide support and belonging.

Freedom in spiritual terms is a means, not an end: the end is God’s praise and glory, not our own. The ‘Rules for Discernment’ and the ‘Rules for Thinking with the Church’ in the Spiritual Exercises provide constraints – the grammar, if you like – that may seem to set limits on our choices; but whereas the modern mind would consider that to be a curtailment of our freedom, Ignatius would say that he is providing the grammar that gives us the freedom to live our lives in God to the fullest.

14-20 May 2018 is Mental Health Awareness Week, an initiative to encourage discussion about and reduce stigma around mental health issues. The Jesuits in Britain want to take this opportunity to help our readers and listeners to pray, think, learn and talk about life’s uphill struggles, whether they are associated with diagnosed mental health conditions or other circumstances.

Across our online platforms, there are a number of different resources about situations in which people struggle to find peace of mind and heart. Our written and audio content will explore some of the causes, effects and manifestations of anxiety, and look particularly at the dynamic between faith and mental health. We will be considering ideas, offering prayerful support and sharing experiences at https://www.pathwaystogod.org/mental-health-awareness-week. However, please seek professional help if you are concerned about yourself or somebody else.

Ignatius on stage: A spiritual exercise

A time to keep silence