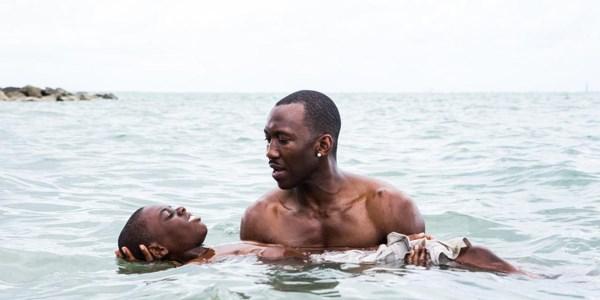 Barry Jenkins’ Moonlight is a profoundly particular telling of the universal narrative of the struggle for selfhood. This is the story, in three chapters, of Chiron, a shy, innocent, kind-hearted boy from an impoverished and violent African-American community in Miami.

In the first chapter, Chiron is a grade-schooler, nicknamed ‘Little’. His mother is an addict, whose desire to love her son is strikingly undercut by her other ‘love’, her persistent need for drugs. He finds no respite from this instability at school; he is bullied by most of his classmates, with one notable exception, a boy named Kevin. Outside of school, Chiron’s friendship with a local drug lord, Juan, and his girlfriend, Teresa, provides the much-needed affection in the young boy’s life.

In the second chapter, Chiron is a young teenager in secondary school. His childhood friend, Kevin, represents how a person within this particular community has the capacity for both intimacy and violence. What is perhaps still ‘unspoken’ in the black community is made explicit in this chapter: the presence of homosexuality and black-on-black violence in African-American society. These two particular aspects of Chiron’s life fit uncomfortably within the accepted narrative of black culture in North America, a point that Kwame Anthony Appiah, a British-born Ghanaian-American philosopher, has made explicit in his work on identity discourse. The autonomy of an African-American – especially if the individual is gay – is not always received or protected through the general narrative of what it means to be African-American.

The adult whom we meet in the third chapter is lacking the exterior vulnerability of ‘Little’ Chiron. Instead, ‘Black’ Chiron, as he is known in adulthood, is living much the same life as Juan, his mentor in his youth. This chapter concludes with the now muscular drug lord, Black, meeting his long lost childhood friend, Kevin. It is a meeting that reconnects Black in general to his past but in particular to Kevin, who made more bearable Chiron’s past solitudes and distresses.

At one level, it can be argued that the film is a portrait of a culture that is irredeemably broken. The violence and lawlessness of each generation is destined to be repeated, as it has been in the past and in the present. It is not surprising that Chiron’s mother is a drug addict. It is expected that his school environment is violent. Within his African-American community is the reality of black-on-black violence, wherein communities are destroyed by the very drugs that Chiron’s adult mentor, Juan, is selling and distributing within the local community. One of the more profound portraits of violence in the film is black-on-black physical violence, particularly Chiron being brutally beaten by a friend he loved. Yet Chiron, as a young teenager, recognises that his friend’s violence was the result of that friend being bullied and forced to act violently by his classmates.

Moonlight is a portrait of the enduring ability to risk all for intimacy and love. Such a struggle will always produce a grand narrative; what makes this one so beautiful is the particular trajectory pursued by Chiron and Kevin as they strive for intimacy and love. In their community weighed down by poverty, violence, drug abuse, homophobia and family disintegration, Chiron and Kevin pursue not a monological intimacy, but an inter-relational intimacy. Their narratives are never free-standing and autonomous, but instead deeply entwined with one another. Their care and intimacy for each other is their ship and the anchor. Yet their shared intimacy cannot be easily scripted as a ‘coming-out’ narrative. Moonlight is not simply a film about two black men in Miami who come to terms with their attraction and love for each other.

While the film is immersed in the struggles of identity politics, it is more aptly understood as an exploration of vulnerability, and the proper place of such vulnerability in shaping selfhood, individually and collectively. Chiron’s story draws us in as we intuitively understand that his vulnerability is communicating an urgency, and therefore it has a force that is reminiscent of the power that Seamus Heaney attributed to poetry in his Nobel Prize acceptance speech: ‘The power to persuade that vulnerable part of our consciousness of its rightness in spite of the evidence of wrongness all around it, the power to remind us that we are hunters and gatherers of values, that our very solitudes and distresses are creditable, in so far as they, too, are an earnest of our veritable human being.’