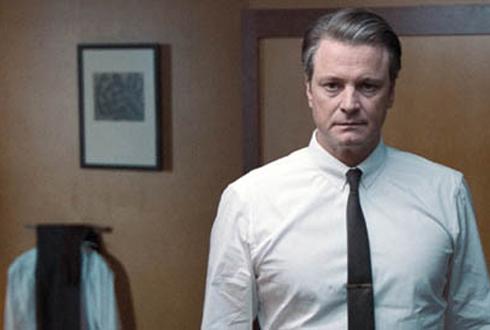 
‘I not only live each endless day in grief, but live each day thinking about living each day in grief.’ So C.S. Lewis described his mourning of his beloved wife, Helen, in A Grief Observed.  The painfully honest depiction of bereavement on those pages takes its author from anguish to numbness and back again, with a constant questioning of his understanding of the God he refuses to abandon. His difficulty in trying to conjure up what will only ever be imperfect memories of ‘H.’ is further frustrated by the fact that he almost craves to be in a state of pure agony rather than the frail emptiness which begins to fill his days. The decision to stop chronicling his every despair and wondering is motivated by the fact that if he does not stop at an arbitrary point, he never will.

If a three-word summary of A Single Man were ever needed, then it would hardly be possible to do better than to borrow the title, and with it much of the sentiment of Lewis’ manuscript. The film follows a day in the life of George Falconer (Colin Firth), an English lecturer living in California, who was recently bereaved of his partner of 16 years, Jim (Matthew Goode). This particular day, however, in George’s own words, ‘will be different’ – he wants it to be his last, as he too intends to end his sorrowful grieving process at a nominated point.

George and Jim’s relationship is shown to us through a series of flashbacks. They are a contented and affectionate couple; there is no hint of a whirlwind romance to counteract the quiet pain of George’s grief. The sensuous glances that they exchange during their first meeting in a beachside bar, which mature to adoring gazes across their sitting room years later are somehow enough, fleeting glimpses though they may be, to explain the weight of grief that George bears. Goode and Firth’s time together on-screen may be brief, but is sufficiently passionate and engaging to justify to us the daily torture that George feels. His other relationships – a friendship with an old lover (Julianne Moore) whose own sense of loss after her divorce pales in comparison to George’s, and a blossoming attachment of a young student (Nicholas Hoult) to his teacher – can only orbit George’s commitment to Jim. The force that his loss exerts repels all other affections, although the dynamics of both relationships are sustaining and ultimately somewhat salvific for George.

Firth’s Oscar-nominated turn as George stands in jarring contrast to his portrayals of Messrs Darcy, both Mark and Fitzwilliam.  It has been said of Oscar competitor George Clooney’s performance in Up in the Air that its appeal lies in Clooney’s display of a vulnerability not normally shown by him; Firth’s performance matches this commendation and raises it a notch.  The instant yet quiet agony that floods George’s mind, body and world as he receives a phone call to inform him of Jim’s death is conveyed through a single camera trained on his face during the conversation: Firth’s sublime performance ensures that every pang of George’s heart and panicked thought firing through his brain are excruciatingly present to the viewer.

The same film in the hands of any other director could well have been merely a vehicle to showcase the acting range of its star.  But under the meticulous control of first-time director, Tom Ford, the exquisite visuals of A Single Man are a protagonist in their own right.  Those who worshipped at the altar of Gucci during Ford’s reign at the fashion house will find that their faith has been rewarded: if one were to freeze the film at any given moment the result would be an iconic portrait worthy of a double page spread in any of the fashion magazines that were previously Ford’s milieu. Not that the appearance of the film can really be appreciated in any detached way: the script (which Ford adapted himself from Christopher Isherwood’s 1964 novel) and the performances interact cleverly and dynamically with the cinematography.  For example, the greyed-out tones in which we see George’s world are injected with colour whenever George’s normally disaffected gaze falls on a thing of beauty or warmth: the hairstyle of his secretary, the face of a stranger, the innocent curiosity of his neighbour’s young child.  George’s ever-present grief has forced him to live in something of a calm disengagement with the world around him. But maybe it is only through such rejection of the seemingly trivial dramatics of life that the simplest things can be appreciated.

‘No one ever told me that grief felt so like fear’.  With these words, Lewis began his description of his mourning. Nobody ever told George, either. The heightened sense of paranoia that is felt by his colleagues and students against the backdrop of the Cuban Missile Crisis – which barely enters George’s consciousness, full as it is with his own grief – gives the context for George’s classroom discussion of the reality of fear.  As he tells his attentive class that fear is a reason to carry out what seem like morally questionable acts, is he justifying to himself the way in which he intends to end his day?

George believes that, as a gay man, society has never seen him as he truly is – Jim remarks that the glass walls of their house are of no consequence because of the couple’s invisibility.  But George’s grief makes a world without Jim invisible to him – ‘I can’t see my future anymore’ – and there is a certain irony about the impossibly attractive World by Tom Ford being unseen by the man who inhabits it. Ford has created an astounding piece of cinema, simultaneously gentle and powerful.  There was always the danger that A Single Man could have been something at which to look but not touch; thankfully, the film draws us in so that we feel every moment.

St Henry Morse SJ: ‘A saviour of life unto life’
Alfred Delp: committed to Christ
Fr Pedro Arrupe SJ
‘Give them something to eat’: The Christian approach to food aid
The Secret Life of Walter Mitty