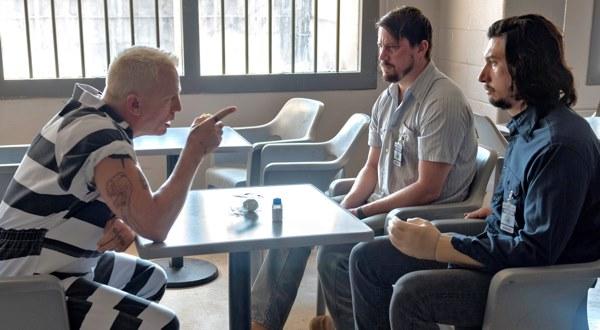 I’m one of those annoying people who enjoy reading the credits at the end of a film, blocking the aisles for the quick escapees. Most friends and colleagues who risk accompanying me to a movie strain to leave the theatre when the credits start rolling and have varying degrees of patience with my practice.

I stay and watch partly to pay due respect to the whole group of people who have collaborated together to make the film. Partly, though, it is because sometimes the director slips in a little extra scene at the end of the movie, so it is wise to watch to the very end; but also because sometimes you pick up curious bits of information in the credits themselves.

The latter was the case in Logan Lucky. The credits revealed to me that there was a ‘Cockroach Wrangler’ involved in the making of the movie. Needless to say his or her task was to ensure that the cockroaches involved in the movie were well-behaved and were not harmed in the production. It must be said that they appeared to do their job extremely well.

I went to this movie with little more knowledge than it was directed by Steven Soderbergh. Unlike the more famous Scorseses or Spielbergs, Soderbergh is well below the radar of the average film consumer and not a household name, but unless you have been living on a diet of Disney & Fox News in the last 30 years you will almost certainly have watched works in film and TV that carry his fingerprints. He has been involved in hundreds of films and TV programmes – sometimes as director, sometimes as producer, sometimes as screenwriter, sometimes all three on the same project. Sometimes he has used aliases so that the credits are not too cluttered with his name and involvement.[i]

Soderbergh started out in arthouse movies, the edgy Sex, Lies, and Videotape being his break-out movie in 1989, and he became the darling of the indie Sundance Festival in the 1990s. He quickly showed he could handle the big budget Hollywood vehicles and in 2000 he was the first person since 1938 to be Oscar-nominated for his direction of two films in the same year (Erin Brockovich and Traffic – he won for the latter). He continues to help out on many projects and dabbles in experimental cinema: for teaching purposes he once produced a silent and black and white version of Raiders of the Lost Ark, and a careful reading of the credits at the end of the non-Soderbergh movie The Hunger Games (2012) actually reveals him as Second Unit Director, where he took responsibility for the filming of a riot.

Although Soderbergh’s most bankable movies have been the ‘Ocean’s’ trilogy, the one that really caught my eye was Contagion (2011). It was a film which sketched the advance of an Ebola-like pandemic across the world, and the way it affects the lives of various characters who encountered it. It is a wonderfully mature piece of film-making and, in one quiet understated moment, it gives the most touching and natural image of selflessness that I have ever seen on screen.

Logan Lucky is an engaging romp whose main weakness lies in its title, which could deter the casual moviegoer-of-a-certain-age because they might think it is somehow related to the awful mid-70s sci-fi film, Logan’s Run.

The title refers instead to the down-at-heel Logan family who are generally perceived as rather unlucky. The heist they plan at a NASCAR event in North Carolina is their attempt to change their run of luck.

With this comedy thriller, Soderbergh is on familiar territory, but unlike the Ocean’s criminal team (who are hand-picked for their talents) the Logans are somewhat cack-handed, unskilled and dependent on a rum and dubious group of collaborators from the locale. The jet-setting lifestyle of Danny Ocean is light years away from the state of the unemployed and divorced Jimmy Logan (Channing Tatum), who tries to design and execute an audacious robbery under the noses of the authorities who used to employ him. In some ways, Logan Lucky is Ocean’s Eleven mixed with a bit of The Shawshank Redemption, and with just a twist of The Dukes of Hazzard.

Soderbergh is like Woody Allen in the way he attracts high-profile actors to his work, and many of them keep coming back to help out in his projects. Julia Roberts has done four Soderbergh movies, while George Clooney has done six and Matt Damon has done seven. Given the occasions that they play together, there are times when a Soderbergh movie looks like a repertory theatre troupe. Channing Tatum is already onto his fourth film with Soderbergh, and he is joined in Logan Lucky by a colourful and angular cast of characters, which includes Adam Driver (last seen as a Jesuit drowning off the shore of Japan in Martin Scorsese’s Silence), Katie Holmes and the ever-hypnotic Hilary Swank.

On his first outing in the Soderbergh team is Daniel Craig (still the reigning James Bond) who plays an incarcerated safe-cracker who might just have the ability to open the money-box at the NASCAR circuit. Craig, playing against type, is dyed, shaven and tattooed in the menacing British tradition of Anthony Hopkins and Terrence Stamp; like the rest of the cast, he throws himself into the fray with energy and verve.

Like the Old Testament Book of Jonah, the whole enterprise is slightly unreal: there are no real baddies (even the prison siege is about a misunderstanding about the showing of episodes of Game of Thrones), people don’t really get hurt, but as we are entertained lessons are learned and insights are gleaned.

The joy of Logan Lucky is the joy of getting into a luxurious Mercedes and being driven by Lewis Hamilton around a favourite piece of countryside for a couple of hours. The view is comfortingly familiar, the drive is assured and the occasional turn of speed and unexpected corner makes you smile and purr at the same time.