Skip to main content
Photo by Thomas Kinto on Unsplash 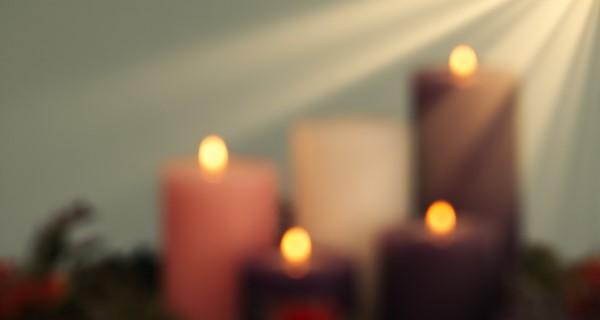 Pope Francis highlights the relationship between the local and the global in his teaching, not least in Fratelli tutti, and what he says has implications for the way in which we relate to our sisters and brothers. Massimo Faggioli invites us to reflect on the illustrations of that contrast that we find in the readings for the fourth Sunday of Advent: ‘one event, in place and time and historical context, but with universal significance.’

The readings for the fourth Sunday of Advent illuminate a particular contrast that Pope Francis refers to in his teaching, and in particular in Fratelli tutti: the dichotomy and the fruitful tension between the local and the universal.

This is a very biblical theme that runs through the entire sacred history from the Jewish Scriptures to the New Testament: the relationship between the particular, local stories narrated in the books of the Bible, and the universal implications of salvation history and of God’s salvific project.

In the first reading from 2 Samuel[i] there is a pairing of the local and global. God’s message to David via the prophet Nathan talks about a fixed place (‘a house to dwell in […] a place for my people Israel’) and yet at the same time eternal endurance (‘Your house and your kingdom shall endure forever before me; your throne shall stand firm forever’). In the Letter to the Romans,[ii] Paul also speaks to the theme of eternal significance finding its locus in earthly places, as he writes about ‘the command of the eternal God, made known to all nations’.

The pattern continues in the Gospel of Luke:[iii] the angel Gabriel, talking to Mary about the child she is to bear, speaks of ‘the throne of David his father’, of ‘rule over the house of Jacob’ … but that rule is ‘forever, and of his kingdom there will be no end.’ It’s the beginning of one event, in place and time and historical context, but with universal significance.

This interdependence between local and universal, particular and general is at the heart of Pope Francis’ worldview as expressed in Fratelli tutti.[iv] It is strongly present in the reflection on the Good Samaritan, where the pope writes that a particular act of love at the ‘concrete and local’ level can have far-reaching consequences; it can ‘expand to the farthest reaches of our countries and our world, with the same care and concern that the Samaritan showed for each of the wounded man’s injuries.’[v]

Holding the local and the universal together is crucial as we navigate the global world, not just in cultural terms, but as members of the one human family. Francis warns us about the danger of falling into one of two extremes. ‘In the first, people get caught up in an abstract, globalized universe…  In the other, they turn into a museum of local folklore, a world apart, doomed to doing the same things over and over, incapable of being challenged by novelty or appreciating the beauty which God bestows beyond their borders.’[vi]

Being people of faith requires us to be attentive to the particular, but not parochial:

We need to have a global outlook to save ourselves from petty provincialism. When our house stops being a home and starts to become an enclosure, a cell, then the global comes to our rescue, like a ‘final cause’ that draws us towards our fulfilment. At the same time, though, the local has to be eagerly embraced, for it possesses something that the global does not: it is capable of being a leaven, of bringing enrichment, of sparking mechanisms of subsidiarity.[vii]

Here there is a Christian understanding of ‘universal’ in play: we are speaking about a unity embracing diversity, as in the Latin universa, and not as in universalis, a synonym of ‘imperial’ uniformity. ‘Universal does not necessarily mean bland, uniform and standardized, based on a single prevailing cultural model, for this will ultimately lead to the loss of a rich palette of shades and colours, and result in utter monotony. Such was the temptation referred to in the ancient account of the Tower of Babel.’[viii] The model is not the sphere, a symbol of totalitarian imposition of sameness, but the polyhedron,[ix] in which diversity is harmonised in an equality not reduced to standardisation.

For Pope Francis, the love of one’s own people and culture requires openness to the universal:

Yet it is impossible to be ‘local’ in a healthy way without being sincerely open to the universal, without feeling challenged by what is happening in other places, without openness to enrichment by other cultures, and without solidarity and concern for the tragedies affecting other peoples. A ‘local narcissism’ instead frets over a limited number of ideas, customs and forms of security; incapable of admiring the vast potential and beauty offered by the larger world, it lacks an authentic and generous spirit of solidarity. Life on the local level thus becomes less and less welcoming, people less open to complementarity.[x]

The reverse is also true: there is no true openness to the universal without a fecund relationship to the local. ‘Just as there can be no dialogue with “others” without a sense of our own identity, so there can be no openness between peoples except on the basis of love for one’s own land, one’s own people, one’s own cultural roots.’[xi]

What Pope Francis says in Fratelli tutti reveals a very deep understanding of the current crisis of globalisation: localism and cosmopolitanism are no longer arcane concepts but have become part of strongly held political opinions and cultural identities. Francis articulates a typically Catholic worldview, open to the international, the global, the universal. At the same time, he makes clear that Catholicism is about the somewhere, not the superficial anywhere. Francis is very well aware of the risk, also in the Church, of a tribal divide between those rooted in a specific place or community but afraid of ‘the other’, and those who could come from anywhere: footloose, open to diversity … but only their particular kind of diversity.

Jorge Mario Bergoglio is a Jesuit of the post–Vatican II Society of Jesus, in which the shift inaugurated by the council was matched by a change in the Society’s leadership towards a global religious order, not just in its personnel but in its theological orientation and relation to local cultures. One of the typical antinomies and tensions within the culture and theology of the Jesuits is the polar tension between Catholic universality and local inculturation of the gospel message. In our postmodern times and for Pope Francis, this tension is rephrased as being between globalization and localization and takes shape in the image of the Church as a polyhedron, where the tension between local and universal is not resolved in favour of one or the other, but is kept in tension.

Francis’ understanding of his role as Bishop of Rome means a new relationship between the local and the universal in his ministry: a more visible papal ministry in the city of Rome itself, more present in the global world, and a different kind of relationship with Italy and Western Europe. In a time when globalisation effectively means more connections among urban giants and fewer connections with the peripheries, Francis’ engagement with the Church in places far removed from Europe and his attention to those particular localities has conversely led to a renewed pastoral attention to the city of Rome.

In a global Church, in which a new emphasis on the local dimension often means the Church is at risk of being overwhelmed by idiosyncratic political and cultural narratives, Francis’ missionary ecclesiology implies a repositioning on the global map and in local communities – not only a geographical repositioning but also a new posture towards the issue of local and universal.

As we move towards the celebration of an event that we locate so firmly in the humblest of places but the significance of which can never be contained, this might be the time that we, too, discover ourselves as people with our own origins but members of a global human family. ‘To see things in this way brings the joyful realization that no one people, culture or individual can achieve everything on its own: to attain fulfilment in life we need others. An awareness of our own limitations and incompleteness, far from being a threat, becomes the key to envisaging and pursuing a common project.’[xii] In this spirit of co-operation, of fraternity, we are best placed to bring about on earth the kingdom of which there will be no end.[xiii]

Massimo Faggioli is Professor of Historical Theology at Villanova University.