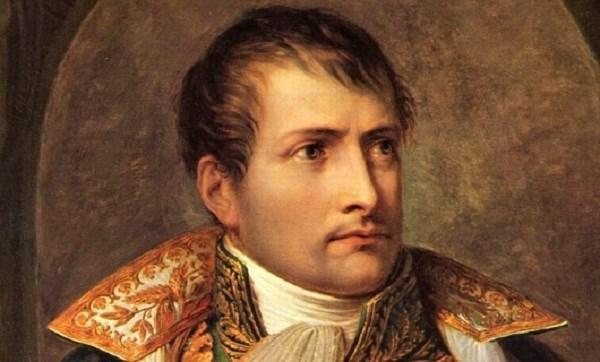 Jesuit historian Thomas McCoog traces the Society of Jesus’s return, after its suppression, to its former standing.  It was in Belarus that the Society’s star began to shine again, and as the 18th century drew to a close, the rulers of Europe gradually sought the Jesuits’ return to their countries. In this conclusion to our series, we read about the restoration of the Society of Jesus, the bicentenary of which is being celebrated this month.

Read more of Thomas McCoog's series on the restoration of the Society of Jesus:

Part One: The Jesuits in Europe before 1769

Part Three: The Survival of the Jesuits

By the end of 1779, seven years after Russia’s annexation of Belarus (the section of Poland gained at the first partition), only 115 Jesuits remained of the original 201 there: 33 had died, and 53 had left the order for various reasons, including scruples regarding their continued existence. Consequently, because of a clerical shortage, some mission stations were closed. In 1779, a Jesuit novitiate opened in Russia to prevent further seepage. The former Polish assistant Karol Korycki enthused:

After such thick darkness, a happy day indeed is dawning for us, because soon, I hope, justice will look down from heaven, since truth already has been spoken on earth. Among the wise, even among our most sagacious enemies, no one doubts an impending resurrection, and some of ours expect this happy moment any day. May God hear them!

Former Jesuits now followed the star that shone brilliantly over Belarus, so many that their numbers had to be restricted because of the lack of space. The first Congregation of Połock (1782) re-established a formal provincial structure under the administration of a provincial and of a central government headed by a vicar-general. Even more former Jesuits flocked to Russia to re-enter; others, unable to travel, sought some form of affiliation.

Rome followed these developments with some discomfort because of persistent fear of the Bourbons. In March of 1783, Pope Pius VI approved the decrees of the congregation, the opening of the novitiate, and the Society’s continuation; but this approval, given vivae vocis oraculo, left no paper trail and thus a certain amount of deniability (wiggle-room) to sooth the irate Bourbons. In the same year John Howard, in the name of all former Jesuits at the English Academy in Liège, petitioned for affiliation with the Jesuits in Russia, a petition the superior Stanisław Czerniewicz reluctantly denied because the Society’s recognition did not extend beyond the boundaries of the Russian Empire. But ‘in the internal forum,’ former Jesuits throughout the world remained united insofar as they adhered to Ignatian ideals and spirituality.

As Europe experienced the first tremors of the French Revolution and the collapse of the ancien régime, two attempts were made to establish an ersatz Society of Jesus. Charles de Broglie and François de Tournely founded the Society of the Sacred Heart of Jesus during the ‘reign of terror’ in Paris in 1794. Niccolò Paccanari founded the Fathers of the Holy Faith in Rome in 1797. The two merged as the Society of the Faith of Jesus in 1799. Because of its limited initial appeal, the future of the congregation was overshadowed by the resurrection of the genuine article.

In 1793 Duke Ferdinand of Parma, the same Bourbon duke who had expelled Jesuits in 1768, requested a few from Catherine the Great. His uncle, King Charles III of Spain, had blocked an earlier initiative in 1787. The duke was certain that the Society’s suppression had unleashed the pestilence then plaguing Europe. The Jesuit vicar-general established a vice-province in the duchy. The pope remained silent. But the Society’s brief return to Parma ended in 1806, five years after the duchy was ceded to France.

In August of 1800, Tsar Paul I requested official approval for the Society in Russia from the recently elected Pope Pius VII. The papal reply, Catholicae Fidei, addressed to the vicar general Franciszek Kareu, argued, ‘that no more fitting means can be found for cutting out vice, preserving moral discipline and instructing the Christian people in the commandments of the faith, than to bring together men of the Church in one body and join them together with common laws and constitutions, subject to one head.’ Pius, having ‘implored the help of God with fervent prayers, and [having] sought the advice of several cardinals, and, wishing to accede to your petition,’ recognised the canonical existence of the Society of Jesus but only within the borders of the Russian Empire.

Even more former Jesuits abandoned positions for the trek to Russia to re-join the Society. Even more rulers requested Jesuit assistance. Pius VII orally granted the wish of Charles Emmanuel IV, King of Sardinia, that former Jesuits in his kingdom be allowed to return to their ministries and to open a novitiate. Strong Spanish opposition prevented the full restoration so desired by the king and the people. One would have thought that Spain’s forced alliance with France and the rise of Napoleon would have preoccupied King Charles IV more than the exiled Jesuits. Nonetheless between April 1803 and January 1804, 29 former Jesuits in Sardinia renewed their vows and affiliated themselves with the Jesuits in Russia. Jesuits returned to Naples at the request of the same monarch who had expelled them from the kingdom. In July of 1804, Ferdinand IV, impressed by the success of the Jesuits in Parma, petitioned Pope Pius VII for the return of the Society because ‘in the present circumstances, it would be of profit for the education of the youth of his kingdom in good morals and sound learning if in his territory, as in that of the Russian Empire, the same congregation of the Society of Jesus should be established under the rule of St Ignatius.’ In Per alias on 30 July 1804 Pius allowed priests within the kingdom to join the Society and to aggregate themselves with the Jesuits in the Russian Empire. As in Parma, the revival did not last long: on 15 February 1806, Joseph Bonaparte, the emperor’s brother, occupied Naples and proclaimed himself king; on 3 July, he expelled the Jesuits from the kingdom of Naples into the Papal States. Within a short time, they had established colleges, houses of formation and a professed house, and assumed the administration of some seminaries. Meanwhile the Society continued to thrive in Sicily. Jesuits, at times with canonical difficulties and not dressed as such, reappeared in England, Belgium, Holland, Greek isles in the Aegean, and in the United States.

Former Jesuits in England, despite occasional disagreement on the best way of proceeding corporately, did protect the former province’s financial assets against attempted confiscation by vicars apostolic. But after the flight of the Liège academy to Stonyhurst in 1794 to escape the revolutionary armies, the same vicars apostolic objected to the ordination of candidates to succeed the former Jesuits in the management of their finances, perhaps with the intention of ending the quasi-distinctive separation of the former Jesuits. William Strickland, agent of the English former Jesuits, petitioned for full affiliation with the Society in Russia in 1801. In October of the following year Ercole, Cardinal Consalvi, papal Secretary of State, conveyed papal vivae vocis oraculo permission for former Jesuits in Catholic counties to aggregate themselves to the Society in Russia. Persistent fear of Spain again dictated discretion. Thus in England the Society’s traditional soutane was not to be worn. Father General Gabriel Gruber, mindful of potential opposition from the vicars apostolic, nonetheless nominated Strickland provincial procurator, and Marmaduke Stone provincial of England, Ireland, Scotland ‘and of those places linked with England.’ The general predicted many obstacles would be placed in the path of the province by ‘devil and the world.’

The vicars apostolic did indeed impede the province’s progress. Having been informed of the province’s foundation by Stone, they understandably requested written evidence from Rome. They queried Stefano, Cardinal Borgia, Prefect of the Congregation of the Propagation of the Faith (which had jurisdiction over England as a missionary country), who insisted that no one should ‘recognize those who wished to be Jesuits in England, nor to admit their privileges, supposing they claim any, unless the vicars apostolic are first certified of the legitimate existence [of the Society] and this by the Holy See through the Congregation de Propaganda Fide.’ Unfortunately Pius VII’s Per alias which reinstituted the Society in Naples and Sicily in 1804, said nothing about England. Persistent requests for documentation went unheeded as Europe was changing.  The anti-Jesuit King Charles IV of Spain abdicated in March of 1808 in favour of his son who became Ferdinand VII; Ferdinand then abdicated in May and Napoleon’s brother Joseph became king in June. Napoleon took Pius VII prisoner in July of 1809. In the summer of 1813 the pope delegated English affairs to his nuncio in Vienna, Antonio Gabriele Severoli, who, on 24 December, finally decreed that the Jesuits in England were in fact members of the Society and enjoyed the same rights and privileges.

Napoleon was defeated at the battle of Leipzig in October of 1813 and exiled to Elba in the following May. Pius VII, having been in exile since 1809, returned to Rome. The victorious powers prepared a conference to be held in Vienna in September of 1814 to restore order and harmony to the post-Napoleonic world. On 7 August 1814, Pius promulgated the bull Sollicitudo omnium Ecclesiarum, in which he commended to,

the nobility of princes and temporal lords, and also our venerable brother archbishops and bishops, and others in any seat of honour, this oft mentioned Society of Jesus, and each of its members, and we plead with them and exhort them not only to accept them, not allowing them to be disturbed by anyone, but to receive them kindly and, as is becoming, with charity.

The Society of Jesus was restored wherever the secular rulers allowed it. And therein lay the rub for the Jesuits in England. Only Bishop John Milner, Vicar Apostolic of the Midlands, who had been present at the bull’s proclamation in Rome on 7 August, recognised the English Jesuits. The other vicars apostolic, apprehensive that the Society’s dreaded reputation would hinder efforts underway for Catholic emancipation, queried the province’s existence. On 2 December 1815, Lorenzo, Cardinal Litta, Prefect of Propaganda Fide, claimed that the Society had not been restored in England because the civil powers had not agreed to it. Cardinal Consalvi repeated the claim in 1820. Appeals and counter-appeals continued in a tug-of-war between the English province and the vicars apostolic until Pope Leo XII decided on 1 January 1829 that the Society would ‘enjoy all the privileges spiritual and canonical . . . which the other Religious Orders enjoy in England.’ However, Parliament thought differently.  An Act of Parliament ‘for the Relief of His Majesty’s Roman Catholic Subjects’ of April of 1829 provided for the suppression of the Society within the United Kingdom. But that is another matter.

For more information about the commemoration of the Society's restoration, visit www.sj2014.net.

A fuller treatment of the suppression and restoration, especially in regard to the English Province, can be found in Promising Hope (Rome, 2003), edited by Thomas M. McCoog SJ. Copies are available through the Jesuit Provincial Archives, 114 Mount Street, London W1K 3AH at £10.00 plus postage.