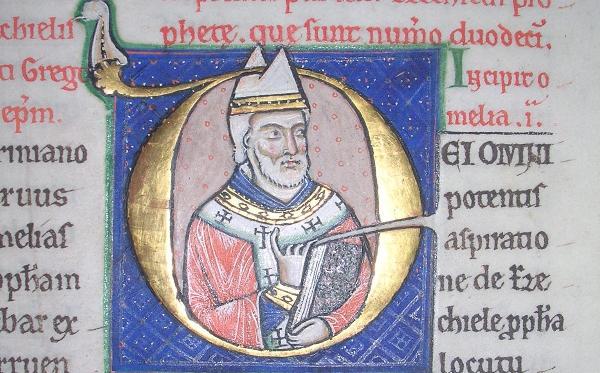 An exhibition displaying some of the most beautiful and historic artefacts in Britain opens at St Francis Xavier’s Church in Liverpool on 31 July 2008.  Jan Graffius explains why the pieces that form the Held in Trust exhibition are so significant to the history of the Catholic faith, and describes how they came to be displayed in the 2008 European Capital of Culture.

A question I am frequently asked by visitors and scholars to the museum and libraries at Stonyhurst is how and why such an extraordinary array of objects ended up in a school in the north of England. The answer is a microcosm of the mission of both Stonyhurst College and the Jesuits over the last four hundred years.  The College was founded in 1593 by the English Jesuit, Robert Persons, at St Omer in the Spanish Netherlands to provide an education for English Catholic boys denied to them in England by the penal laws of the day. In addition to entrusting their sons to the Jesuits, parents also sent across the channel a collection of pre-reformation missals, manuscripts, primers, vestments, chalices and relics. These objects were at once both precious reminders of their Catholic ancestry and incriminating evidence of their present adherence to an illegal faith. They were sent to St Omers and other Jesuit institutions to keep them safe for future generations, in the hope that England would see them used and valued again one day. Some artefacts are fairly humble, such as the rather ordinary 14th century missal from Tatham Church in Lancashire with its marginal notes outlining property deals between the parish priest and various parishioners.  Others – like the relic of the Holy Thorn owned by St Louis and Mary Queen of Scots, and traditionally believed to have once been part of the Crown of Thorns – perhaps bear deeper significance for the Church and its history.

In the nineteenth century, the College, by now migrated to its new home in Lancashire, continued to educate boys and collect artefacts. The new wave of objects was less likely to be overtly religious, but again reflected the values of the school and its Jesuit teachers. They included ethnographic objects from every continent in the world where Jesuit missionaries or curious Stonyhurst explorers, scientists, soldiers or civil servants travelled. Items such as the Chinese ivory viatorium (a compass-like device) used by Fr Johan Schall von Bell, the Jesuit astronomer and missionary who followed the footsteps of Matteo Ricci to Beijing in the 1630s, or a beaded apron worn by the Patamona Amerindians of Guyana ministered to by Jesuit missionaries from the 19th century to the present day. These objects and others like them were sent to Stonyhurst from all over the world by Jesuits and former pupils so that they might bear witness to the greater glory of God and inspire and educate future generations of pupils.

A third group of objects carry a poignant and powerful message reminding us of the sacrifices frequently required of those who carry the Gospel message to the world. Both Stonyhurst and the Jesuit Province care for many relics: A rough pony-hide-covered trunk contains the shabby, patched vestments made in secret from scraps of women’s clothing that were used on the Lancashire mission in the 17th century by St Edmond Arrowsmith and other Jesuit priests; a small, silver, eye-shaped locket with an inscription identifying its contents as the right eye of Blessed Edward Oldcorne, executed in 1606 for supposed involvement in the Gunpowder Plot; a brown felt hat that doesn’t really merit a second glance until the viewer is informed that it belonged originally to the young Thomas More. These objects, both ordinary and startlingly out of the ordinary, tell powerful stories that cut across the centuries to our own times.

A second question that comes to mind is: what are these objects and a further fifty others doing in the beautiful Gothic Revival church of St Francis Xavier in Liverpool? They form an important exhibition called Held in Trust to celebrate Liverpool’s appointment as European Capital City of Culture in 2008. The exhibition was the brainchild of Br Ken Vance SJ of St Francis Xavier’s – SFX – and has been four years in the planning. It coincides with a remarkable programme of conservation work which will return the church to its former glory. Stonyhurst College has long had a link with SFX ever since 1840 when a group of nine lay Catholics, a number of whom were former Stonyhurst pupils, met in a Liverpool public house with the intention of building a church and college in the heart of Liverpool. The resulting institution soon became the biggest Jesuit parish in the country, with 13,000 parishioners attending mass every Sunday in the late 19th century. Here Gerard Manley Hopkins laboured, and struggled with his dislike of the work and conditions he encountered in the cramped and overcrowded streets around the church. Clearances of these Victorian dwellings in the 1960s left a much-depleated parish, and SFX itself struggled to survive. That it survived and flourished, and is today able to host this extraordinary exhibition, is recognition of its significance in the community and in the history of the British Province.

The exhibition opens with a premiere performance of 17th century music from the Catholic Chapels Royal of London – so often the haven for recusants – and closes after a performance on September 25th by Stonyhurst’s Schola Cantorum. Entrance is free, and there is a lavish fully illustrated catalogue with contributions from noted scholars in the field of English Catholic and Jesuit history. Most importantly, there is an imaginative education programme running alongside the exhibition, with subsidised places for local primary and secondary schools. Hopefully new generations will be inspired and enthused by this rare and important collection of objects – after all, this was the original purpose behind their preservation.


Jan Graffius is the Curator of Stonyhurst College

The trouble with catechesis