Skip to main content
Photo by Patrick Down at flickr.com 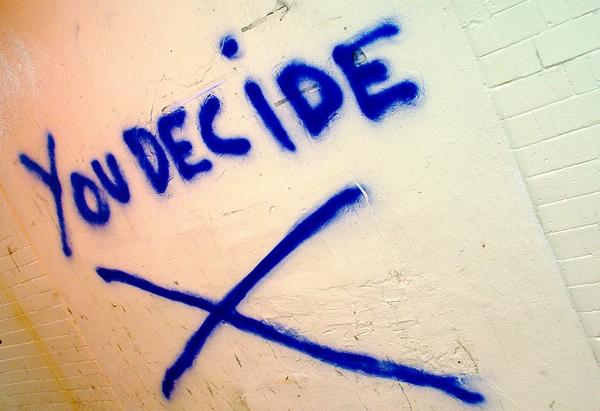 In September, the people of Scotland will be asked, ‘Should Scotland be an independent country?’ Jim Gallagher argues that applying the principles of solidarity and subsidiarity to the referendum question could be a prudential approach for Scottish Catholics to take. Do these central tenets of Catholic Social Teaching guide voters towards a ‘Yes’ or ‘No’ answer?

With 3 months to go, debate in the Scottish independence referendum is hotting up. Some of the domestic debate, especially on social media, is overheating. Perhaps it is figures like the US President or Hillary Clinton who will most help Scots ‘to see ourselves as others see us’.

For Scottish Catholics in particular, nobody will have more influence, surely, than Pope Francis. Choices about secession or creating a new state may depend on circumstances but, he says, ‘All divisions worry me’. In his interview with a Spanish newspaper – but referring not just to the Catalan case – he says, perhaps more pointedly: ‘the secession of a nation without a history of forced unity has to be handled with tweezers and analysed case by case.’

The tabloid headline ‘Pope says Nope’ may have oversimplified the papal message; nonetheless, supporters of Scotland remaining in the UK were delighted by his intervention. Those on the other side argue that the pope was not ruling out independence, merely counselling a prudent approach to what is, for Catholics, a prudential question.

Is there a distinctive Catholic approach to this question?

Does the Catholic Church in Scotland have anything to contribute to this existential, national question, prudential or otherwise? Past sympathy to the nationalist cause in the Scottish hierarchy has given way to a wise neutrality, encouraging Catholics to vote according to their own best judgement. And the choice is being debated in church groups across the country. The Church of Scotland, also neutral on the question, has argued, after systematic consultation and debate in the General Assembly, for thoughtful consideration and civilised debate. Welcome calls, both.

Many Catholics find themselves pondering the same choices as other Scots. Some may regard the question as one which answers itself: Scotland is a nation and for that reason alone must become an independent state. But most do not share nationalist activists’ gut commitment to nationhood. Instead they ask, what would independence mean, and how might it change Scotland? Would it make it a better place – a richer place, a more equal place, a greener place?

Unsurprisingly, the nationalist answer to any such question is ‘yes’: an independent Scotland, they say, would be richer, more equal and greener. Richer because independence would create more economic growth and increase Scotland's GDP. More equal because Scotland is already rich and there would be a better system of welfare, protecting the poor, giving the right incentives to work but support for those who cannot. Greener because it would be powered by sustainable energy and free of nuclear power stations (and nuclear weapons too). International aid would increase as well. In truth, every interest group is encouraged to believe that its objectives would follow naturally from independence.

It is easy to be cynical about so much shameless promising, especially as all these putative changes are to be delivered while maintaining very close economic and other links with the rest of the UK, if the Scottish government are to be believed. There would be a shared currency and a host of other continuing UK institutions, from the Bank of England to the BBC. Whether the rest of the UK would be so accommodating is open to doubt, but if such close links were maintained, how would change come about?

Independence as an end to austerity?

In truth, there is some sincerity here. Most voters seem to be preoccupied by whether they would be richer or poorer. But some, perhaps despairing of progress on social justice, genuinely believe independence would deliver it. A sense of independence as a means to the end of social justice is often found among those, including Catholics, concerned at public spending and welfare cuts.  ‘Vote Yes and end austerity’, runs the argument. But at the same time, other influential proponents of independence are equally enthusiastic to cut taxes and make an independent Scotland into a tax haven.  One of the SNP’s remarkable political achievements has been to sustain the commitment of people who want to create two, quite different, new countries. At least one group is likely to be disappointed.

The one certain consequence is that Scotland would become a separate state from the rest of the United Kingdom. Political links would be severed. Scotland would send no MPs to Westminster. Critically, it would no longer share its tax and public spending in the UK. It would, if you like, stand on its own two feet, paying for its public services, pensions and welfare from taxes raised in Scotland alone.

The consequences have been predicted by every independent forecaster. Public spending in Scotland is already about 10% higher than in the UK, so can only be sustained if tax income is 10% higher as well. Historically that would have been feasible: revenues from North Sea oil supported the British economy in the 1980s. But oil is finite and revenues are now much smaller and declining. Scotland's public expenditure needs will increase more than the rest of the UK’s, because its population is ageing faster. Within the UK, Scotland can rely on shared resources to sustain spending. On its own, it will to have to make what is euphemistically called a ‘fiscal adjustment’ – cuts in public spending or tax rises of more than 10% of the Scottish budget.

None of this says independence is impossible, but it certainly does not suggest that independence would end austerity: quite the opposite.

These arguments are, however, the stuff of secular politics. Catholic voters should be looking for something more principled. Catholic Social Teaching does not give a knock-down ‘Yes’ or ‘No’ answer. Sometimes Catholicism and national identity become entwined – in Poland, Ireland or, much less comfortably, in Slovakia’s history. But the Church predates the institution of the nation-state. It is, in both in name and approach, universal and international, rather than nationalist. Of course the Church recognises the legitimacy of secular national governments. But the choice of secession, creating a new nation state by breaking up an existing one is not quite the same thing, as Francis’ carefully crafted remarks imply.

The argument for Scottish nationalism is not, as the pope points out, one of decolonisation or freedom from conquest. We need not look to liberation theology to guide us. But social teaching does offer some pointers. Two themes are relevant: the first is an argument from social solidarity; and the second tackles the implications of the principle of subsidiarity.

The major theme of all of the Church’s social teaching, from Rerum Novarum onwards, has been about social solidarity, mutual support and sharing between different groups or classes of people to produce a more just, more equal, outcome. Solidarity between people of different social groups – most notably the rich and the poor – has geographical consequences. Wider geographical boundaries of social solidarity are more likely to produce socially just outcomes: the rich like to put walls around themselves, whether in gated communities or small, rich tax havens.

The United Kingdom is an interesting case in point and in contrast. Although it is a multinational state, it has a high level of social solidarity, guaranteeing welfare and pensions in each part of the state irrespective of the income generated there. So, for example, Wales enjoys higher levels of public spending than the United Kingdom average, on the basis of its needs, but it could afford maybe 30% less from its own taxable resources. The former UK Prime Minister Gordon Brown described this as a kind of ‘social justice between nations’.  The argument from social solidarity, and social justice, therefore, tends to widen rather than narrow national borders. Indeed it tends to argue for solidarity and sharing of resources wider than present national borders: but that is not on offer in this referendum.

It might be argued that the principle of subsidiarity pulls in the opposite direction: originally conceived as a principle in opposition to the all-encompassing state, subsidiarity argues that matters should be determined at the lowest practical level, nearest to those affected, whether in the family, the local community, region or nation state. The key, however, to subsidiarity is to make the appropriate decisions at each level. Some matters are best dealt with very locally, others at as wide a level as possible. The classic cases of the latter are taxation and economic management. Business corporations, for example, play one taxing authority off against another, and reduce the take to all of them as a result. And even nationalists agree macroeconomic management cannot be undertaken for Scotland on its own.

The internal organisation of the United Kingdom today is a careful balance. For Scotland (like Northern Ireland and Wales), virtually all domestic matters, aside from welfare, are decided domestically, in the Scottish Parliament. Other issues which are best dealt with at the wider level – such as macroeconomic management and most of taxation – are decided at Westminster. So too is welfare, to embody in a practical sense the principle of social solidarity. This whole institutional framework is in fact an embodiment of the principle of subsidiarity, and is developing step-by-step, as the Scottish Parliament gains additional taxation and borrowing powers in 2016, with more planned thereafter.

Individual Catholics will make their own choices. Following the pope's cautious approach, and applying Francis’ ‘tweezers’ to the case of Scottish independence, most will not be guided by the illusion that independence can be whatever you want it to be; none should be misled into thinking that it is a ‘get out of jail free’ card for austerity. Some may nevertheless take the view that self-determination is a principle of such importance that Scotland should leave the United Kingdom and strike out on its own. But most will weigh up the issues, and should in my view be guided by the twin principles of solidarity and subsidiarity. Solidarity strongly suggests continuing social justice between the nations of the United Kingdom: not merely a prudent approach for Scots but a principled argument for sharing resources to support in particular the most vulnerable, wherever they are in the United Kingdom, on the basis of their need, not their nationality. Subsidiarity is enshrined in an approach which enables Scots to combine this solidarity with powerful domestic institutions taking decisions democratically in their own interests.

There is much still to play for in this debate, and the final months of the campaign will see many ups and downs. Some political analysts have suggested that Catholic voters, in the West of Scotland in particular, hold the key to the referendum result–and certainly they are being assiduously courted by nationalist politicians. We will perhaps learn in September whether they have taken their lead from Pope Francis, or First Minister Salmond.

Jim Gallagher holds a Fellowship at Nuffield College, Oxford and is a visiting professor in the Glasgow University School of Law. He was formerly Director General Devolution in the Prime Minister's Office and Ministry of Justice.

Greece: Solidarity and subsidiarity in action