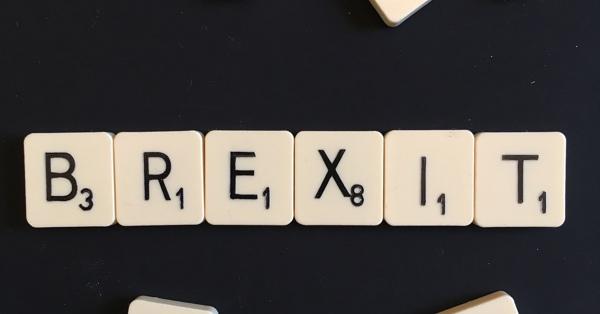 In the wake of the United Kingdom’s vote to leave the European Union, Thinking Faith’s Editor suggests that the road ahead must be paved with generosity if it is to lead to the common good.

The United Kingdom woke up this morning – or, in some cases, stayed awake all night – to discover that 51.9% of voters in yesterday’s EU referendum had opted for the second option on the ballot paper: Leave the European Union. Roughly 17.5 million people have come to the conclusion that the future of the UK will be brighter if we sever our political union with 27 of our neighbours.

As has been noted by my colleagues Patrick Riordan SJ and Frank Turner SJ in these pages, the debate that preceded the vote was far from admirable. Dominated by financial considerations, the content of the arguments on both sides was speculative at best and misleading at worst. That is to say nothing of the tone in which the dialogue (if one could call it that – as David Stewart SJ rightly pointed out, that word implies as much listening as talking) was conducted: it has been aggressive and hostile, and the killing of Jo Cox MP has to be considered one of the saddest moments in British political history.

There is no doubt that the result is a shock. By any reckoning, ‘Leave’ was the more drastic of the alternatives on offer, and the headlines and coverage so far are reflecting the gravity of the decision – words such as ‘stunned’ and ‘historic’ abound. The sense of bafflement is palpable today on the subdued streets of London, which is one of only three areas (Scotland and Northern Ireland being the other two) to have voted in favour of ‘Remain’. David Cameron’s announcement of his intention to resign as Prime Minister was to be expected given the circumstances and it is a momentous decision – he has said that his intention is to fulfil the unenviable task of ‘steady[ing] the ship’ in the short term, but his announcement will certainly not add any stability to a government that has been split by this referendum.

However, the objective of this vote was not to establish the trajectory of David Cameron’s career, and so our attention should not be diverted to him. The effects of the UK’s withdrawal from the European Union – for good or for ill – will be felt by every British citizen, every citizen of every EU member state, and beyond. The challenges ahead are considerable and the decisions numerous – issues of finance, security, the environment, freedom of movement, rights, trade and so forth, will no doubt dominate the political landscape for the foreseeable future. Underlying all of this, however, is a reality to which scant attention was given before the referendum, which is all the more reason for it to be foremost in our thoughts in the aftermath. Co-operation and fellowship should not be limited to those with whom we are in political union or with whom we share views; and when we make decisions or take actions, it should not be for the benefit only of those who are tied to us by relationship or proximity. In Catholic Social Teaching, we talk about these ideas as the principle of solidarity, which calls each one of us to love each one of our neighbours; and as working for the common good, which has no room for exclusion, deprivation or derision of anyone.

The long term challenge for decision-makers in the UK and the EU is to be guided by this reality, to shape a society that is not concerned only with its own status but with the welfare of all of those within and outside its borders.  But the immediate challenge for us all, rooted in solidarity and the desire for the common good, is to be generous. Social media are awash today with disillusion and triumphalism, but little in between.  I confess to having judged many of the arguments with which I could find no sympathy to be ungenerous, but am forced to remind myself that to make such a criticism is ungenerous in itself. I am returning frequently today to a maxim of St Ignatius, which Tim Byron SJ referred to as ‘a foundation stone for all civil communication’: that it is better ‘to put a good interpretation on another’s statement than to condemn it as false’ (Spiritual Exercises §22).  If we are to hope that a post-Referendum Britain, Europe and world will be in any way ‘better’, we must trust that a better society was the motivation of all those who campaigned and voted. St Paul called the divided Christians of Corinth to be ministers of reconciliation; we must be, too, and this is predicated on a generosity of spirit.

Foremost among the initial reactions are the possibility of referenda in other EU member states and that of another referendum on Scottish independence; speculation about the future of various political careers; and the disparity between voting patterns in different parts of the UK – all areas of inquiry that focus on division rather than potential unity. If there is one beacon to which I am drawn in the midst of all the data and commentary, it is this: areas of low-skilled work and unemployment largely voted ‘Leave’, an indication (if one was needed) that the political status quo on these isles has thus far not served those residents most affected by poverty. The government now, more than ever, has a responsibility to listen to the voices of dissatisfaction and respond to their concerns, to think about how it can prioritise society’s most vulnerable. ‘Blame Brussels’ will no longer be an acceptable excuse from Westminster, if it ever was. But Brussels still has its job to do, as does Westminster. If the common good, the desire for a society in which nobody is allowed to slip through the net, can be the foundation of whatever structures are built between the two now, there is a stronger chance that those structures will be bridges, not walls.

How do we do a politics for the common good?