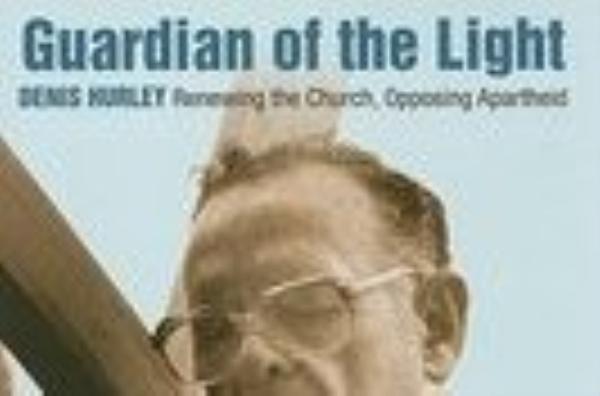 At times today we hear that the Church is in crisis and needs renewal, and that without fresh energy the culture around us will descend into sub-human squalor. Some even go so far as to argue along the lines: ‘if only the liturgy can be saved then the world can be too.’ However, this new and outstanding study of one of the English speaking world’s greatest twentieth century bishops puts such claims in perspective: imagine being catechised by a devout Catholic mother on a remote African island where there is no access to the Eucharist.  Imagine too, training for the priesthood, learning European and ancient languages with much success, only to return to a diocese where the most important language for pastoral contact is Zulu. Imagine becoming a voice in the community in defence of the downtrodden and still finding time to help with liturgical reform efforts.  And then imagine having to cope, when appointed the world’s youngest bishop at 31, with fellow bishops who reject the state’s encroachment on Catholic schools because it is a threat to Episcopal authority but have no interest in the sin thereby seeking to be enforced, namely that education should no longer bring black, white and Indian children together in the same place. Denis Hurley of Durban faced all of these obstacles and, in the face of the sinful apartheid regime with its rallying cry against the ‘Roman Threat’ – not to mention the nationalist, Marxist and black ones – rose above and through them to become a towering influence, not only in his home of South Africa, but internationally too.

Educated by the Bushey Dominican Sisters, Denis Hurley felt called to the priesthood at an early age. He entered the Oblates of Mary Immaculate and trained in Ireland and Rome. This international exposure was useful experience for his attendance at the Second Vatican Council, where he was among the few participants able to straddle a wide range of language groups. This was an electrifying experience for the young Hurley and one which led to decades of service as a key figure on the International Commission for English in the Liturgy – as well as to great pain in the face of its ultimate radical restructuring as the Roman Curia, towards the end of Hurley’s life, began to demonstrate the shift in clerical theological attitudes now taking root in Western Europe and the United States.

Paddy Kearney’s biography draws on interviews with Hurley, his papers, and his friends and colleagues who are quoted extensively. Alongside Philippe Denis’ edited collection of essays by Hurley’s friends, Hurley’s own memoirs and Tristan Ann Borer’s compelling account of the role of the Catholic Church and the South African Council of Churches under apartheid, Guardian Of The Light is a deep study of a local Church facing a crisis of monumental proportions.

Perhaps most strikingly, throughout the apartheid period the support of Rome in the work of freedom building is opaque and neutral, with the urge to ecclesial unity in profound tension with evangelical zeal. Tactful though Kearney is, nowhere is this more notable than in the local bishops’ refusal to believe that the South African military forces could be responsible for rape and other atrocities in what is now Namibia. It was only when Hurley led a delegation to gather evidence that the real horror of South African interventions became clear. But even then, when he faced trial, it is from bishops in other countries, Catholic NGO networks and the imprisoned Nelson Mandela that Hurley is sent messages of solidarity.

Hurley remained, throughout his life, an enthusiast for the Council’s reforms. From the outset he entered with energy into the task of establishing parish pastoral councils and adult catechetical institutes, and he later even embraced the US-invented Renew programme (tried, according to Michael Hornsby-Smith’s research, with damaging effects on lay involvement, in the English diocese of Arundel and Brighton).

Indeed, while Kearney is strong on all of these aspects, a mild reservation about his narrative would be that it might have been strengthened with a critical assessment of the success, or otherwise, of this type of Catholic formation.  As the crisis in South Africa today shifts from discrimination grounded on race to inequalities located in poverty, access to water and health, and the exponential rise of HIV/AIDS, is the Archdiocese of Durban in stronger (or weaker) shape than its regional counterparts? As the ANC’s once broad coalition crumbles, and new civic spaces are both opened (and crushed), are ‘small groups’ still the answer?

Upon his retirement as Archbishop of Durban, Denis Hurley moved to the poorest parish in the diocese where he became an energetic and loved parish priest. Still the Chancellor of the University of Natal, he raised funds abroad to develop the university’s work with the NGOs clustered on its campus, and to enhance its educational mission. He was especially pleased when the university launched a major Centre for Ethics.

In due course, increasing frailty took him to the Oblates’ retirement home where he received a constant stream of guests. On the last day of his life, though, he was still out and about: after visiting with his lifelong friends, the Dominican sisters, he rejoiced that the day was beautiful. God’s creation celebrated, an unexpected seizure took him to his maker.

25 years ago I met Hurley in his Durban office. We discussed Catholic social teaching and he talked me through the encyclicals from a South African perspective. Immensely kind to the teenager before him, the Archbishop was powerfully convinced that his faith had given him freedom, a voice to speak and the power to serve. Having faced crisis after crisis where, literally, matters of life, death and liberty were at stake, I wonder now how he would have perceived the global Church?  Kearney hints that, loyal to the last, he would have defended it, cherished the love in its communities, and then asked the big questions from which those of us in the polite and well fed European and US Churches now run in the name of ‘identity’ and ‘purity’.  This book should be compulsory reading for all those who struggle with that challenge and, perhaps more crucially, all those who would become priests and bishops at a time of genuine ‘crisis’.

The reviewer, Francis Davis, is a Fellow of Blackfriars Hall, University of Oxford.

Christian Lives Given to the Study of Islam