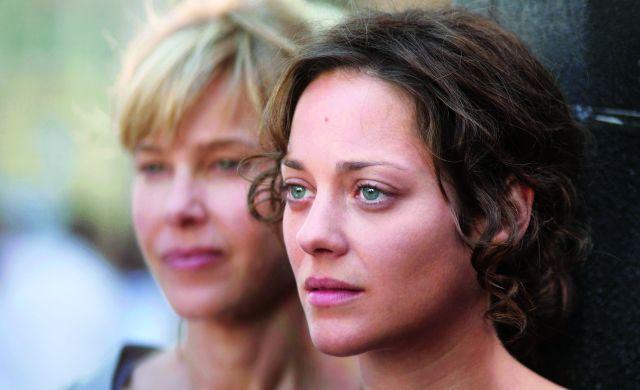 
A middle-aged man snorts cocaine in the toilets of a throbbing night-club in Paris; he flirts with a friend’s girlfriend, embraces both, becomes bored, sneaks out, gets his helmet from the cloakroom, mounts his scooter, drives off through the boulevards and – with shocking speed and violence – is hit by a lorry jumping a light at a junction.

The motorcyclist is Lúdo, the mercurial wit and centre of a group of metropolitan middle-class professionals who spend les grandes vacances together every year. Lúdo’s accident occurs just as their annual break is about to start, and – after an initial bit of soul-searching – they decide there is no point them all being stuck in Paris with him inaccessible in intensive care, so agree to a shortened holiday, remaining in touch with the hospital and ready to fly back at a moment’s notice should they need to. No doubt this is what Lúdo would have wanted them to do, had he still got the power of speech.

And there Lúdo is parked for pretty much the next two-and-a-half hours. The rest of the film is taken up with a very French study of middle-class anxieties, with the dramatic interest being carried forward by an unexpected mix of personalities spending those assez grandes vacances in a particularly well-appointed beach house overlooking the white sands of the French Atlantic coast near Bordeaux.

And they are a mixed group. Max is the patriarch and host. His successful business means he and his wife, Vero, can be generous and offer a free holiday to the others in the group. But he is a workaholic and his beautiful beach home is slowly being eaten by verminous weasels. Max invites his osteopath, Vincent, and his wife and son (but Vincent has unresolved desires for Max); there’s Marie, a bisexual anthropologist (a number of whose lovers have walk-on, lie-down and walk-off roles); Eric, a jobbing actor and his partner Leah; Antoine, who spends most of the film fretting over his fragile relationship with Juliette; and finally there is Jean-Louis, the local oyster fisherman who somehow has established a relationship with this neurotic group of metropolitan intellectuals.

Guillaume Canet obviously did not feel it necessary to provide a back story to explain exactly how such a diverse group of people came together, with their contrasting ages, occupations and even class backgrounds. Picky viewers might find this a weakness, but odd combinations of people do hook up, and certainly holidays such as the one portrayed do happen: I myself have spent a fortnight in a house in France in which one relationship ended and several others were reshaped.

It is equally credible that some people do make the most peculiar choices in their relationships (and spend hours and hours talking about them): we all know men or women who are incapable of doing what will obviously make them happy – trapped as they seem to be by unprocessed anxieties and compulsions.

So Little White Lies is a comedy about unhappy people being happy for brief periods of time, and occasionally making us laugh. What comes across very strongly is how almost unbearably egotistical unhappy people are. Viewers might be forgiven for forgetting that Lúdo is lying in a hospital bed in a semi-coma, while his friends indulge their various desires, or regurgitate the last exchange in an interminable, insoluble, self-torturing relationship, or watch the sun set over the bows of Max’s elegant motor yacht – but Canet doesn’t. That metaphor is always there: someone has been excluded from this feast.

Since a number of other critics have suggested that it is an obvious element in the plot, I’m not sure if it is much of a spoiler to give away that Lúdo dies in the end, but he does. If you get absorbed in the self-absorption his death does come as a bit of a jolt, which it’s probably intended to: Lúdo’s death triggers the confrontation with truth, when the friends’ various lies and evasions have to come to face the facts of life and death, something they’ve been avoiding with busyness, red wine, leisure activities and sex.

The funeral becomes the climax of the piece, and possibly this is offered us as a moment of redemption: one person’s death allows his friends to see the truth, to confront the facts and choices of their lives. Possibly not. Because even the friends’ mourning is egotistical, with their epitaphs expressing less an honour of the dead, than their own emotions and losses.

So, if you’re in the right mood, this is a thought-provoking film. It provoked in me some thoughts about what friendship really is, and that maybe emotions I had previously labelled empathy might just have been projection of my own weaknesses and needs.

If you’re not in the right mood, this is two hours thirty-five minutes of self-indulgent waffle about a privileged group of French professionals lightened by a couple of slapstick gags with swimming trunks and weasels. Oh, and there are some very irritating cameo ‘guru’ roles, including a mendicant guitarist who ‘looks like Jesus’: he walks in, charms everyone with a couple of songs, donates his instrument and returns to his journey. Watching this film was a bit like eating avant garde cooking: there are some interesting, slightly unexpected flavours, and you’re not quite sure that all the ingredients should have ever been put in the same dish, but maybe it works.

Spiritual and Religious: The Benefits of Being Both
The Church becoming synodal, part 1: Lumen gentium and the inverted pyramid
Peacebuilding and Catholic Social Teaching
Looking for the Star, or Coming to Adore?
Grace in time and place