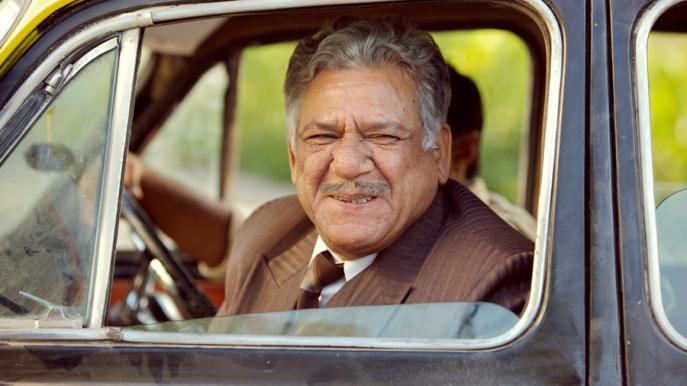 
12 years after Ayub Khan-Din’s East is East secured its place in British cinema history we are given another glimpse into his story through the thinly veiled Khan family; back for more in West is West. In ’99 East is East brought the best of British humour and wit to the realities of inter-racial family life in 1970s Britain – the uncomfortable story of a family finding its way into multi-cultural Britishness but forced to struggle against a father determined to beat them back into a Pakistani shaped box. Now we’re faced with that most disappointing outcome of a truly great film, a sequel.

So, holding my breath, I took the plunge…and found something just worth this return to the scene of that successful crime. West is West tells the story of George Khan’s (the brutish father) last ditch attempt to marry off one of his six sons to a nice Pakistani girl – this time by flying him to Pakistan to make sure nothing goes wrong. Youngest son, Sajid is on course for pubescent purgatory so gets dragged along to learn good Pakistani manners….and the scene is set.

West is West can be summed up with that Heraclitan cliché: ‘You can’t walk through the same river twice’. George returns to his idealised birthplace to find a community and family as foreign to him as he insists Britain is. Having abandoned his wife and daughters there to leave for greener British pastures, this becomes a great struggle to deal with regret and personal shame after spending so long blaming his second fledgling family. And, in case this isn’t enough, obstinate Sajid is drawn deeper into this new world and embraces it just in time for the arrival of the British half of the family. Both George and Sajid are faced with the choice of two worlds – the central choice, in the midst of chaos, of who they are.

Two great questions still need to be asked of this film though; what, if anything, does it say to the realities of multi-cultural/inter-cultural society in Britain today? And crucially, is it worth the price of ticket? Does it escape the common cold of sequels?

A well founded criticism of West is West is that it says nothing about the world we find ourselves in post-9/11 or -7/7. At its preview at the BFI, Khan-Din shrugged this off, saying it is 1970s Britain, but I fear that a film which fails to really connect with the world it meets, whenever it is set, is missing the point. Khan-Din suggested there was no real message – just love, ‘coming-of-age’, ‘find-oneself’…all the usual stuff; but, to give it credit, there is more to this film than that. It says something about how we shape and are shaped by our world. It is a reminder of what and who we are – not celestial beings simply biding our time before moving on to greater things but human beings who are spiritual yet profoundly incarnate. In Sajid it shows how we can knowingly choose to step into a world which will help shape us – that stepping out of this river means never stepping back in again as it was. That may not be some great message of critique or encouragement in a world of Islamophobia and calls for an end to a ‘failed’ multi-culturalism, but it is something worth hearing.

In the end, though, is it worth the ticket price? Ayub Khan-Din insists that the reason for the 12 year delay was to make sure this didn’t go the way of so many other sequels – a belittling shadow of its predecessor. And, I think this may have just survived. It doesn’t make the mistake of re-playing the drama of East is East with regressed characters but instead shows us a much more three dimensional, yet recognisable, George Khan. What I love about British comedy is its grounding in the graininess of real life and, while this film is a little lighter on the beatings and benefits from a move from terraced houses to beautiful Indian countryside (Pakistan was fully booked!), it retains that joy-filled grit that I loved in East is East.

I’m not humming a West is West tune as I sit on the tube or going over my favourite lines. This isn’t the best film I’ve seen in the past few months and it’s not hilarious but it’s a light and warm British film with an attitude that suits cinemagoers this side of the pond, a nice message and a few laughs. If you enjoyed East is East, have no fear – this won’t desecrate its memory. The cast fits (newcomer Aqib Khan, who plays Sajid, makes a smooth debut), the story isn’t strained as a sequel (part two of an expected trilogy) and it hasn’t gone over to the Hollywood side; so kudos for that! It’s not Oscar stuff in my book but I enjoy a film that sucks you in to its world, has something real to say and does it with some style. By these, my humble standards, this survives well for anyone willing to enjoy themselves and, in the great British comedic tradition, find beauty in the grit of life.

Reflections on the Eucharist

Forming a Church with his Indigenous People: The work of Bishop Samuel Ruiz Garcia