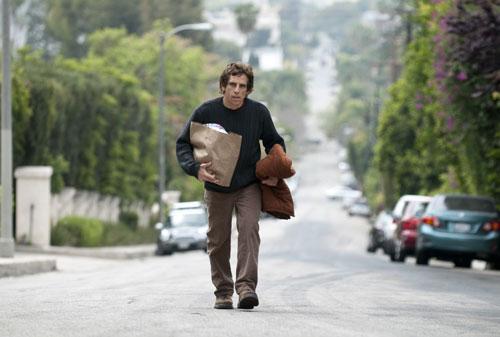 
What’s the most appalling relationship you’ve been in? A student romance? A torrid office love affair? The family you were born into? Your marriage?

I suspect every reader (and certainly, this writer) has in their past some obsession or infatuation that they now shudder to think about. Maybe back then, it was an attraction that was utterly absorbing and compelling, but now appears a very lucky escape (if you were lucky). Looking back on it with the advantage of confession, therapy or just age, maybe we wonder how – how on earth? – we ever found that mad, twisted, insane woman/man/other in the least bit attractive.

I once knew a recovering alcoholic who was brutal in her analysis of this sort of human relationship (the ones on the darker side of ‘good enough’). It was she who taught me that an alcoholic’s marriage often breaks-down not during the drinking (the other partner often learns to cope with that), but afterwards, when the drunk begins to get him- or herself together, and discovers in their sober self a real person, an independent individual with motives and a spirit not soused in drink. It’s that new independence, that discovery of a human being with awkward views and feelings that can’t be explained away by the bottle – or cleared by half a day in bed – that the solid, dependable spouse often finds difficult to cope with.

Greenberg is a study of the way that damaged people hook up, circle around each other, sometimes falling into relationships or falling out of them, but often failing to escape the dark pain that caused their unhappiness in the first place. Roger Greenberg (Ben Stiller) has recently left some sort of residential mental therapy, into the unwelcome and barely charitable care of his brother. The brother is a successful something, with an equally successful wife, and whatever it is that they do, they do it well enough to be very highly paid, have a luxurious house in Los Angeles and spend their holidays with their two beautiful children in Vietnam. And to look after the beautiful children, they can afford to pay for a 25-year-old assistant, Florence Marr (played by Greeta Gerwig). In contrast to all of this, Roger Greenberg has nothing beyond his carpentry tools (through which he earns a modest living) and the memories of a rock career that could have been, if he’d only been less uncompromising with the record company. The central plot of the film focuses on the attraction – the almost unexplainable and certainly unexplained attraction – between the brittle, middle- aged, emotionally broken and unreliable Greenberg, and the young and radiantly lovely Miss Marr.

Sensitive readers will already see some of the possible back stories in even this brief sketch (sibling rivalry, frustrated creativity, relationships broken by chronic, unresolved mental health issues rooted in early childhood experiences). This has all been the basis of Noah Baumbach’s subject matter before. In The Squid and the Whale (2005) he looked through children’s eyes at middle-aged parents’ divorce, no doubt a re-creation of autobiographical experiences. Margot at the Wedding (2007) sets out to explore the complex feelings around adult siblings’ relationships and the emotional memories of childhood that survive into later life.

In Greenberg, that element of the back-story is only very lightly alluded to, and is pretty much taken as a given. The director’s interest on this occasion is in offering a pretty ruthless study of just how dysfunctional dysfunctional relationships can be.

You see, radiant and lovely as Florence Marr might appear, there’s something unexplained in her personality that drags her towards Greenberg, almost despite herself. Both of them seem caught up in motives and forces that neither understands – in Greenberg’s case, these emotions can make him spontaneously invite himself round to her flat, and then equally spontaneously say something horrible, watch the evening crash to the ground, and just leave her with no explanation. The sight of the young woman left behind at that point is for me one of the lasting images of the film. But she goes back to him. And back to other appalling moments, perhaps the worst of which is a hasty and fumbling encounter on the sofa: Greenberg rapidly stating an egotistical physical desire, rather than offering lovemaking worthy of the name. But she goes back to him even after that.

Not that this is a relentlessly depressing film. There’s a laconic New Yorker wit that defuses the appalling horridness of people’s behaviour, and shows that some of the characters have at least a dawning awareness of their own pathology – less Ingmar Bergmann than Breaking the Waves set in LA, remade by Woody Allen.

The fact is, people hook up because they need each other, and some people have bigger, more complicated needs than others: Greenberg offers an insight into what it might be like to be caught up in that sort of a relationship. So, depending on your own biography, you’ll either leave the cinema weeping, or thinking ‘what on earth was that all about’ – or possibly ‘thank God I got out of that one, back in 1993…’