Skip to main content
Photo by pressthebigredbutton at flickr.com 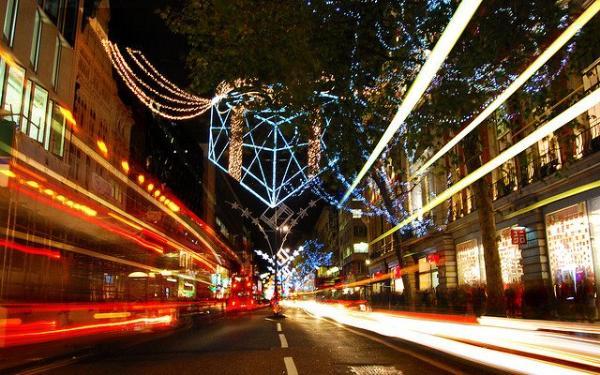 What does Christmas mean if you don’t believe in Christ? Thinking Faith asked Jonathan Holloway to tell us how and why someone who rejects religious values celebrates Christmas.

I suppose the best way to describe my relationship with Christmas is to say I covet it in the same way I covet so many things I’ve never had or indeed will have.

I was brought up in a less than happy household with a Catholic mother of Irish descent and a father who claimed to have converted in order to get a job teaching in a Catholic school that was only a short walk from our house. I had a more Catholic upbringing than most Catholics, including a pilgrimage to Italy that involved 5am Mass before a stigmatised Padre Pio and visits to endless grotesque panoramas of the crucifixion, and gloomy crypts decorated with the bones of deceased monks and nuns. My mother wasn’t well and she’d married in haste at the outbreak of WWII. Despite her belief, religion brought little solace. Dragged to 6 o’clock Mass in the depths of winter; being snorted over by the ever-present swaying, gimlet-eyed, red-faced, tweed-clad, booze-breathed, single lay Irishmen who were a permanent fixture of our London parish; witnessing my mother’s distress manifested through novenas undertaken to try to get my gay older brother back from Canada after he’d emigrated without warning while we were away on holiday – all added up to the most thorough purgation of religious belief human beings might have devised.

Don’t get me wrong. I am eternally grateful for all of it. The gothic nature of my upbringing has given me a world of incident and imagery that I have mined ruthlessly throughout a career in the arts. And Christmas certainly featured prominently in the Bruegel landscape of that home life.

Of course it was impossible to avoid, accompanied then as now by gross sentimentality of an opportunistic, mawkish, over-excited brand that appeared totally at odds with the way people carried on for the rest of the year. Suddenly wanting to say ‘Happy Christmas’ to strangers in the street who were otherwise ignored the rest of the time, or shove Christmas cards through the letter boxes of detested neighbours, seemed simply contrary. But despite skepticism beyond my years, I did feel I was being left out of something – on the sidelines of an apparently pleasurable collective hallucination. Perceiving my longing for some event in our lives that resembled the festival everyone else celebrated, my parents went through their own peculiarly re-imagined version of yuletide. They’d ask me what I wanted for Christmas, then sometime in September we’d go ‘up London’ (an annual trip that always included walking past the Cambridge Circus match seller who’d had his nose shot off in the war) and buy the inexpensive microscope, or whatever (actual toys weren’t allowed as they were a ‘waste of money’), and they’d assume that was it. Job done. I could have the present there and then, or keep it to one side for Christmas, that was up to me. There was at least one occasion when, desperate to create my own Martian version of Christmas Day, I actually rewrapped my present and put it in a pillow case, so I could pretend discovery and surprise on Christmas morning.

Things changed dramatically when I passed into the teenage years. Like everyone else, I was convinced there was some huge party always going on just around a corner, just out of view, from which my hated parents (whose very presence in the same room now made my uncharitable skin crawl) kept me away. Needless to say the party was always imagined – or at least nowhere near as good as I expected it to be – but of course I didn’t realise that at the time. Aching for a hipster world of swinging London that was denied me, obsessed with the adolescent tomcat craving to get out of the house and procreate, believing in Christmas with its counterfeit gaiety and legions of liberated girls waiting under bunches of mistletoe – all made for a very pungent cocktail. The best Christmases I had as a young man-boy flowed from the presence of a charismatic teacher who directed annual Gilbert and Sullivans at school, in which I started performing and through which I found the tribe I have been a part of ever since. Performing in Iolanthe or The Yeomen of the Guard was followed a week or so later by carol singing in the streets of Streatham, raising money for Oxfam. On Christmas Eve we would underage drink in a pub, attend midnight Mass somewhere (anywhere) other than at our own tedious little parish churches, then walk to Jill’s house where her parents enjoyed hosting the whole darned lot of us for drinks and bonhomie into the early hours. It was then that I felt part of something, felt loved, felt I could stop longing because the blissful moment – Christmas – was really, briefly, present.

Then adulthood came along, and it all vanished as the tribe broke up. Nothing in common any more. And Christmas became a desolate matter of flogging down the A40 to stay for a few days with my parents on their sheltered retirement estate in Cheltenham. Then a brief visit to a girlfriend’s family to be tolerated by her parents for 24 hours before motoring back up to my flat and hiding until the awful pantomime of New Year was spent and real life could start again.

It’s not hard to see why, as soon as I had children of my own, I started ‘keeping’ Christmas (as did the reformed Scrooge). A tree, twinkling lights, piles of presents, smoked salmon mid-morning, groaning Turkey lunch in the afternoon; attending church, even, as a gesture of fondness for my wife (who is a believer – fortunately as much in me as in the Saviour). Although our Christmases have changed since the eldest of our children have been afflicted with the trials of making their own way in the world, and there is a consequent subtle pall of anxiety that hangs over the event, it is indeed a special day – even if it’s one which still feels elusive and vulnerable.

The best Christmas we’ve had was when I was directing a show at the Brewhouse Theatre in Taunton. This meant abandoning my wife and children each Sunday afternoon as I drove out of London for the working week, and back again on a Friday. The comic evening I was creating kept me transfixed throughout the season, and Christmas itself was only ever a noise on the edge of things. Then suddenly it was upon me, I had to do my shopping in a day and get back for Christmas Eve. The fact it happened fast and without the interminable build-up which is the heinous creation of commerce; motoring through the dark past Stonehenge in a car stuffed with goodies; the arrival to an excited family who were actually pleased to see me – it was, and there’s only one word for it, magical. Then, as now, my personal Christmas isn’t complete without a viewing of the 1980’s TV movie of A Christmas Carol, which features the definitive performance given by George C. Scott as a genuinely intimidating Scrooge whose redemption is powerful, convincing and desperately moving.

So, you could say I celebrate Christmas. It isn’t a celebration that embraces supernatural belief. I don’t believe in spirits, nor do I think there’s anything afterwards except silence. I am vigorously opposed to any imposition of religious values on a civilized existence. I believe science is pivotal to human happiness and religion has proved itself a divisive and destructive presence time and again. And yet, I melt when the strains of Carols from King’s seep out of the radio on Christmas Eve, thrill at the prospect of a Christmas ghost story and refuse point blank to enter a shop which substitutes ‘X’ for ‘Christ’ in ‘Xmas’. So, perhaps you think that’s hypocritical. I don’t. I believe Christmas has become a part of the general culture just as the winter festivals of lights were in pagan times. It belongs to all of us as a point in the calendar when kindness is expected. I think its ownership is general and as much secular as religious, and despite the horrors of bad taste and over-indulgence associated with it, it gives old people watching daytime shopping channels something to look forward to, children confused by a world of tawdry false priorities some sense of a larger universe, and parents something that will keep their children at home and close to them if only for one day a year. In sum, something they can hold onto in a world that otherwise simply doesn’t make sense. And like all the big stories found in every culture across the globe, it’s about children and our responsibility to them, and how by recognising that,we stand a chance of being redeemed.

Jonathan Holloway is a writer, theatre director and university teacher. His new series of plays about George Orwell will be broadcast on BBC Radio 4 in February. He is married with five children, all of whom have attended Catholic schools.

On going to Mass at Christmastime only